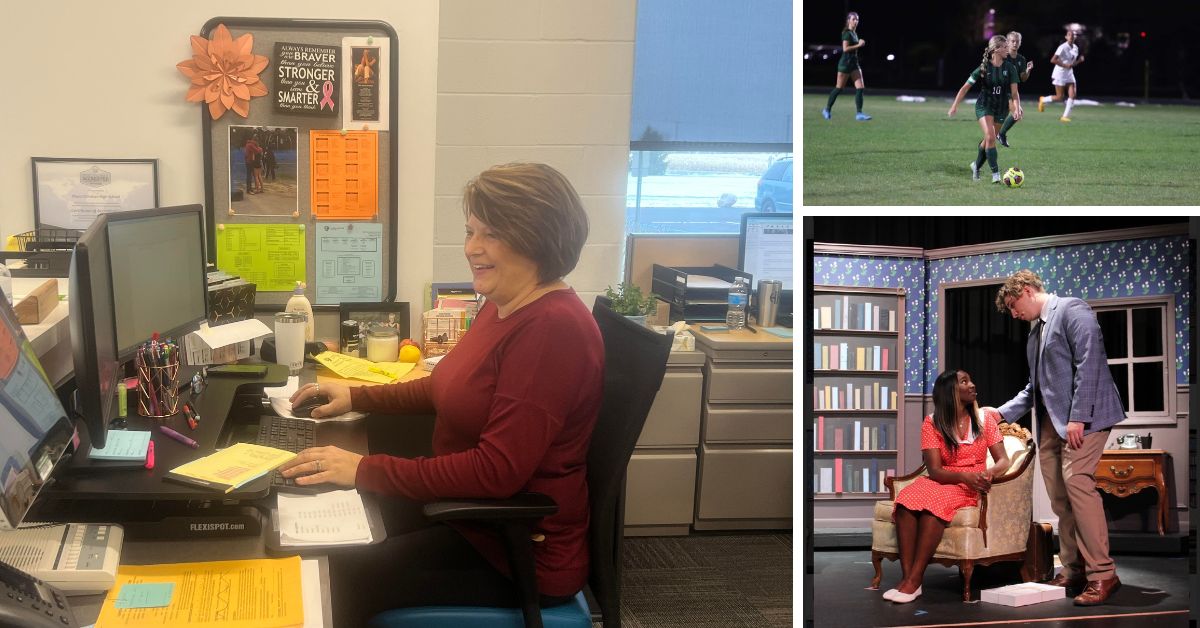 Illiana Christian High School has had quite the month of November. The fall play production, “Father of the Bride,” debuted on November 3, 4, and 5.

The Veterans Day ceremony occurred on the 11th. The day included breakfast made for the veterans by student cooking classes as well as a speech by Illiana Athletic Director Darren DeBoer Darren DeBoer, the raising of the flag, singing of each military branch's song, and a panel conducted by Social Studies Teacher Jeff White, which included four veterans.

Praise Crowd, a group of students who organize religious events at the school, hosted its second Praise Crowd Breakfast of the year, which was Thanksgiving themed. The school also had its annual auction on the 12th. The school sold a variety of items including taxidermy animals, basketball and hockey tickets, bags, vacuums, care packages, toys, and even graduation tickets for the 2023 graduation ceremony.

The first Loud Crowd of the season, the Christmas-themed Loud Crowd, and the Praise Crowd will take place on the ninth. Loud Crowd is a tradition at Illiana basketball games where all of the students gather together to cheer on the Varsity Boys Basketball team.

Shelley Hoffman has been a part of the Illiana community for a long time. She graduated from Illiana, and she has sent her three children through the school over the years. She has worked at Illiana for two and a half years, first as the administrative assistant to Principal Peter Boonstra, and then as the school receptionist.

“When I first started, my youngest daughter was still going here, and I just felt here would be a positive community to be part of,” said Hoffman.

Hoffman's day consists of answering phone calls, emails, handling student attendance in regards to field trips, absences, taking care of announcements, and helping school volunteers in and out of the building.

Hoffman enjoys being part of the Illiana community, seeing a lot of good in it.

“When you’re in a positive community, you look at the positive in life," she said. "When I look at this community, I see how much much God has given me. This community has also helped me in my prayer life; I get the opportunity to pray for students and families in their time of need, and I'm able to interact with all different kinds of people. Overall, I'm blessed to be able to share my faith so much in such a strong way.”

She is a member of Viking Leadership Council (VLC), which is a council of students who are voted in by team members of their sports to represent the sports team. These students meet with DeBoer in order to learn more about being a leader and to advocate for their sports teams.

Evers is also a S.H.I.E.L.D group leader. S.H.I.E.L.D brings different students together from all grades levels to help the environment at Illiana feel more welcoming. She has also been a part of the school newspaper staff for the past two years, first acting as a reporter, then as the feature page editor.

Evers is positive the Illiana community has impacted her in the past four years.

Evers feels that Illiana Christian has gotten lucky for the variety of excellent teachers at the school.

“The teachers make Illiana so special. They are really involved, and I know a lot of them personally, and they teach me a lot outside of the classroom,” she said.

Evers believes that putting yourself out there is key to improving at Illiana.

“If you come here, try to get involved. Try to have good relationships with your teachers because it can only help you," she said.