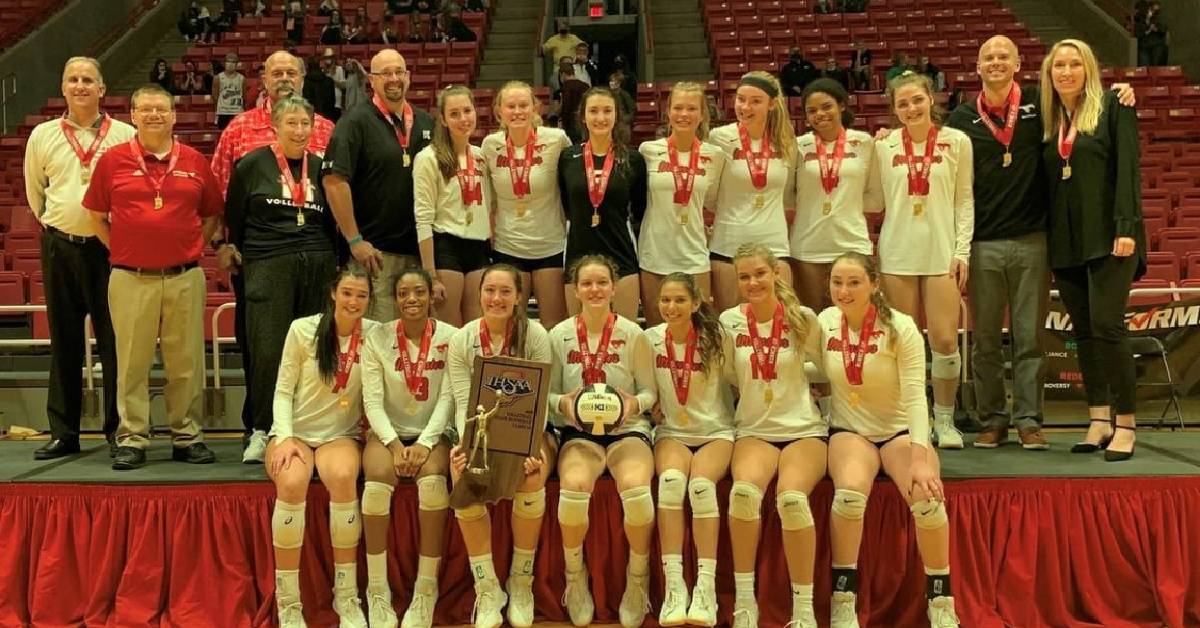 Last month was a victorious one for the Munster Mustangs as fall sports ended successfully with no delays. In particular, the Boys Tennis Team reclaimed their sectional and regional trophies, which led them to compete in the semi-state match. Additionally, the Boys Soccer Team defeated the Lake Central Indians as they gained their first sectional title after years of falling short.

Furthermore, the Girls’ Volleyball Team had a spectacular year after winning conference, sectionals, regionals, semi-state, and competing at state. On top of the team victories, many individuals on the Boys and Girls Cross Country Team raced their way to state where they faced the best competition in Indiana and placed extremely high. Toward the end of last month, winter sports had their call out meetings and tryouts as they were preparing to have a season with no interruptions, similar to the fall sports.

Along with the sports teams, the band has also had success as they hosted their first virtual concert. This allowed all to hear the students play beautiful melodies while ensuring the performers and audience continued to take precautions regarding the pandemic.

Although Edet is currently an active student, she was not always this way.

“I wish I knew that I should involve myself in more activities,” Edet said. “My first two years, I only did one sport and no clubs. Now having done so many clubs, I wish I had joined before.”

Moreover, Edet’s involvement within the high school has led her to be a nominee for this year's Homecoming Court. Additionally, Uyai’s favorite aspect regarding Munster High School is the relatively small classroom size. This provides her with the ability to create personal connections with many of her classmates, and receive one-on-one education with her teachers, which is difficult to achieve in massive schools.

During Edet’s free time away from school and her extracurricular activities, she creates vlogs on her YouTube channel, where she allows the world to see what it is like being a busy high school student. Along with that, Edet loves spending time with her two older sisters and one younger sister.

Charity Schmidt is a beloved teacher at Munster High School, where she has been teaching physical education for nearly seven years.

“I wanted to become a teacher because teaching gives me a platform to invest and influence the next generation of leaders. There’s something about working with kids that brings my heart joy,” Schmidt said.

“I really enjoy working at Munster High School because the majority of students take pride in their classes,” Schmidt said. “Also, the students make the school days enjoyable.”

Her passion for activity is not contained within only the school day. She enjoys being outdoors, playing sports, and traveling during her free time. her devotion for sports is prevalent as she has coached both the freshman Girls Basketball Team and freshman Girls Volleyball Team at different periods in her career. She is also an active fan for many of the sports teams at Munster High School, as she can be seen in the stands at nearly all home sporting events.

In addition to the planned breaks, students had a break from in-person learning. This was due to a spike in COVID-19 cases within the staff that led to the Mustangs taking on virtual learning between November 15 and December 2. This decision was voted into action by Munster’s staff and family as a way to keep the community safe and healthy.

Further attempts made by the Mustangs to keep the cases of COVID-19 down include continuing to allow winter sports to have a season, but doing so with minimum fans. As the season progressed, the Mustangs decided to only allow two parents for each player into the games. This plan is kept winter sports from cancelling their seasons by reducing risk for COVID-19 cases.