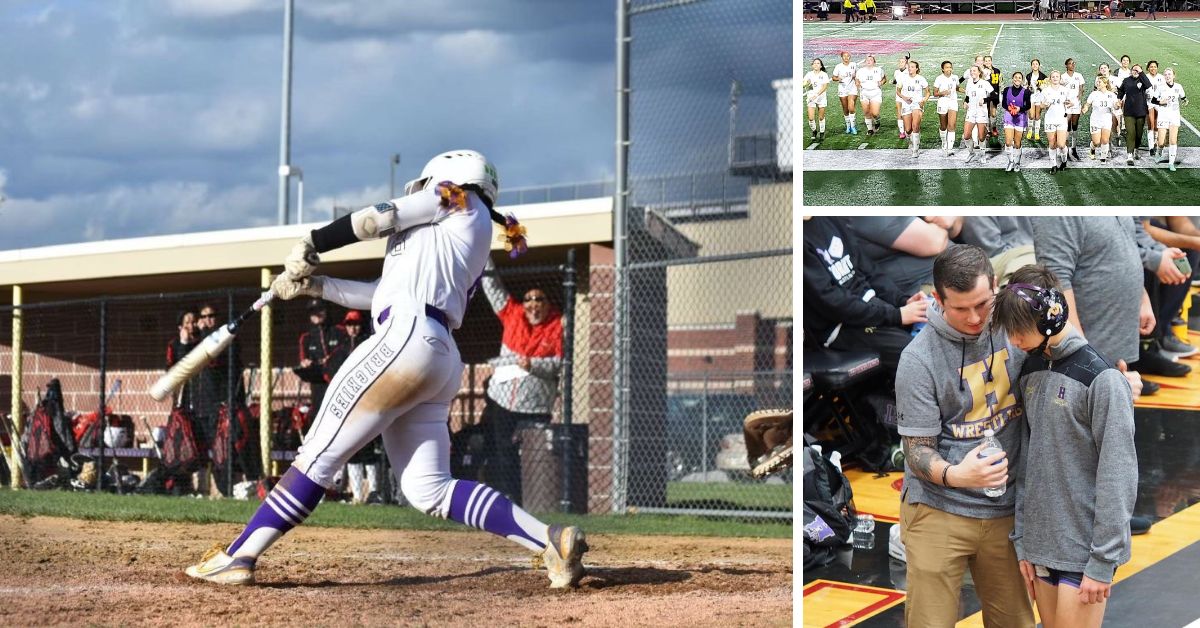 Although fall is approaching, fall sports at Hobart High School (HHS) are coming to a close. The Boys Tennis team won conference which has not been done at HHS for a very long time.

Both volleyball and football are still in season and are coming up on their sectional games.

When Girls Wrestling is sanctioned as a sport at Hobart High School, one of the rules is that the girls will only be allowed to wrestle girls. This is just like how boys and girls do not play on the same soccer or basketball teams.

While in the past it was permitted for girls and boys to wrestle each other, it is now a rule that only girls will be wrestling other girls. This may be beneficial because one of the leading reasons that girls do not wrestle is that, in most cases, they would have to wrestle boys. If the girls are only wrestling girls, they may feel more comfortable partaking in the sport.

Since Girls Wrestling is going to be a sport at HHS, another boys sport must also be implemented. This would be Boys Volleyball. Boys Volleyball is also a sport that is building by the minute.

Both sports will be starting out as clubs that will form into ‘real’ sports and be treated the same as any other sport.

This is especially important in creating inclusive sports. Many boys at Hobart want to be a part of volleyball.

Zach Johansen has been a Brickie for quite some time now. He went to Lowell schools for the majority of his life until his junior year of high school. While he lived in Lowell, he would hunt and fish for fun because he needed to learn to entertain himself. He then transferred to Hobart High School where he graduated.

Johansen says that his transition from Lowell to Hobart was actually very smooth because he knew people at Hobart already.

He mentions that some of his favorite memories while in high school were meeting his wife, the number of lifelong friendships he made, and having Coach Steve Balash as a coach and teacher.

During his time at HHS, Johansen was a wrestler and had the opportunity to be coached by Balash. Both Balash and wrestling had a huge impact on Johansen’s adolescent years.

Johansen met his wife, Cheyenne, in high school. They just had their first baby last week and named her McKenzie.

“Not a lot of people realize how great our community is until you leave. There’s no place like Hobart, Indiana, where a community has your back. If you go anywhere in the world, and you meet a Brickie, they’ve got your back,” Johansen said.

Along with teaching, Johansen is a wrestling coach. His favorite part about coaching wrestling is watching wrestlers accomplish their goals.

Johansen said that every year is different when it comes to coaching. What differentiates each season is the different mentalities and attitudes that come in. Not everyone has the same goals and desires which can make or break a team.

He said that he still talks to his teammates from high school because of the bond that they built and the similar goals that they had as a team and individuals.

“Have fun, stay focused, and cherish the time you have in school because you never get that time back,” he said.

Many are beginning to recognize the name Keirys Click after she is making a huge name for herself. Click is a junior at Hobart High School. Her favorite hobbies primarily include lifting weights and playing softball.

When Click is older, she wants to do something where she can still be a part of sports, so she is currently studying exercise science.

Click mentioned that she always loved softball, but middle school is when she realized that softball would become a huge part of her life.

While Click does phenomenal things on the field, she is just as phenomenal in the classroom.

Click has been an honors student since freshman year and continues to do exceptionally well in her academics. She is a member of the National Honor Society and HOSA – Future Health Professionals.

Because of her ability to do well in school, she can prioritize softball in some ways. For example, Click said that most days after school, she will hit a bucket of balls before doing her homework.

Click has been given a tour of the University of Northern Iowa where she was also given a full-ride scholarship.

Click is confident in knowing that she earned this scholarship because of the amount of effort she puts into softball.

“I put in the effort every day, at least two hours of softball practice every single day,” said Click.

Her parents are also a huge motivation because they are both supportive in their own ways.

“My mom has always been the calm one, telling me to take a second to breathe and believe in myself. My dad is always breaking down what I’m doing wrong, sending me videos of major league players, and telling me how to get better,” Click said.

Keirys’s advice to athletes would be to practice mistakes.