Heads in the Game
The winter sports season always brings lots of success for Trojan athletes, and this year things are looking up for the Chesterton Lady Trojans. Currently, the varsity team is 8-4 overall and 2-2 in the Duneland Athletic Conference.

Coached by Jack Campbell, the team has had victories over Highland, Munster, Mishawaka, Bowman Academy, South Central, Hammond Morton, Michigan City, and Portage and had a six game winning streak at the start of the season. With only four losses against Lake Central, Kankakee Valley, Valparaiso, and East Chicago Central, the odds are already in the Lady Trojans’ favor as they overcome last season’s 16-20 overall record (3-4 DAC record) and the 2014 - 2015 season’s 10-12 overall record (1-6 DAC record).

The team is also sitting at 84th in state. Their best win yet this year was in a home game against Hammond Morton, with a 90-45 win. With a team of one sophomore, six juniors, and five seniors, the team was easily able to make up for the one senior who graduated from the team last year.

Of course, the girls are not the only team that has had success this year. The boys varsity basketball team clocks in with a 7-1 record overall and a state ranking of 28th. The team and their new coach Marc Urban recently made headlines for their nailbiter 105-103 win against East Chicago Central in four overtimes. 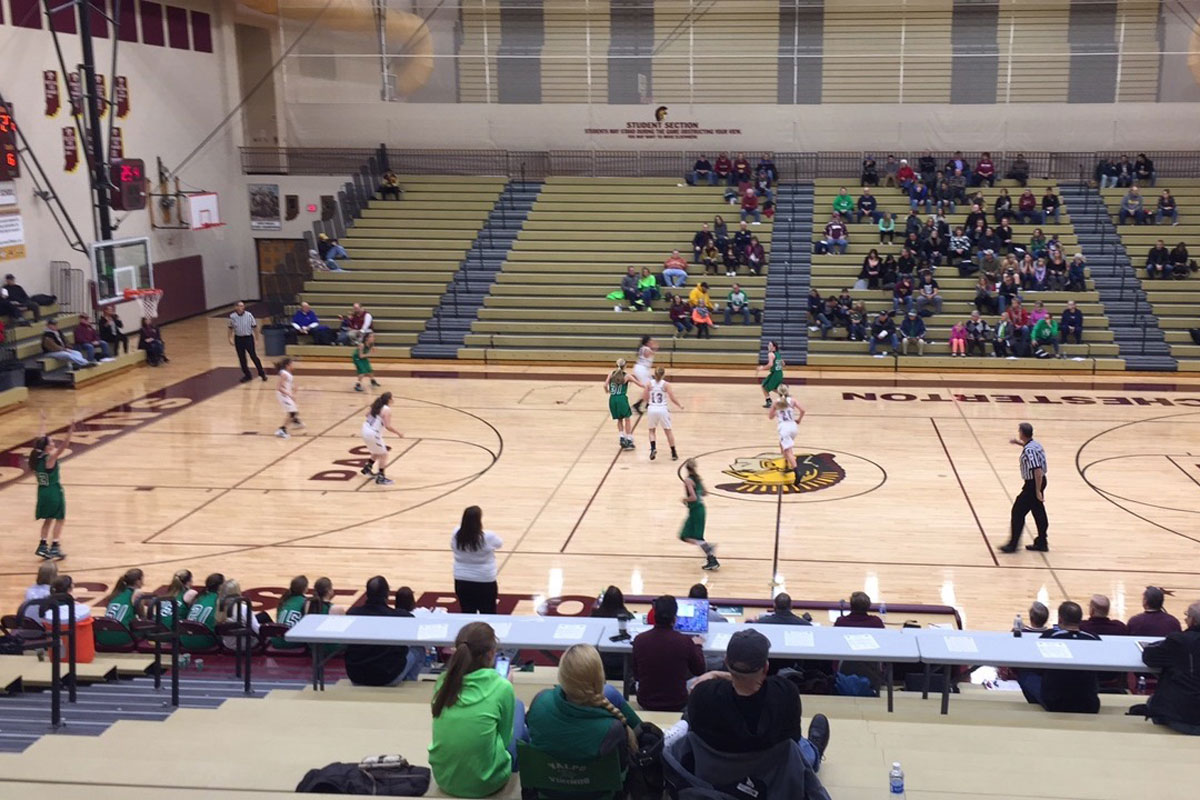 The team has also won against Gary West Side, Lighthouse College Prep Academy, Hammond Morton, Lowell, Hammond Bishop Noll, and Gary Roosevelt. Their only loss has been against Bowman Academy, ending a four game win streak at the start of the season. 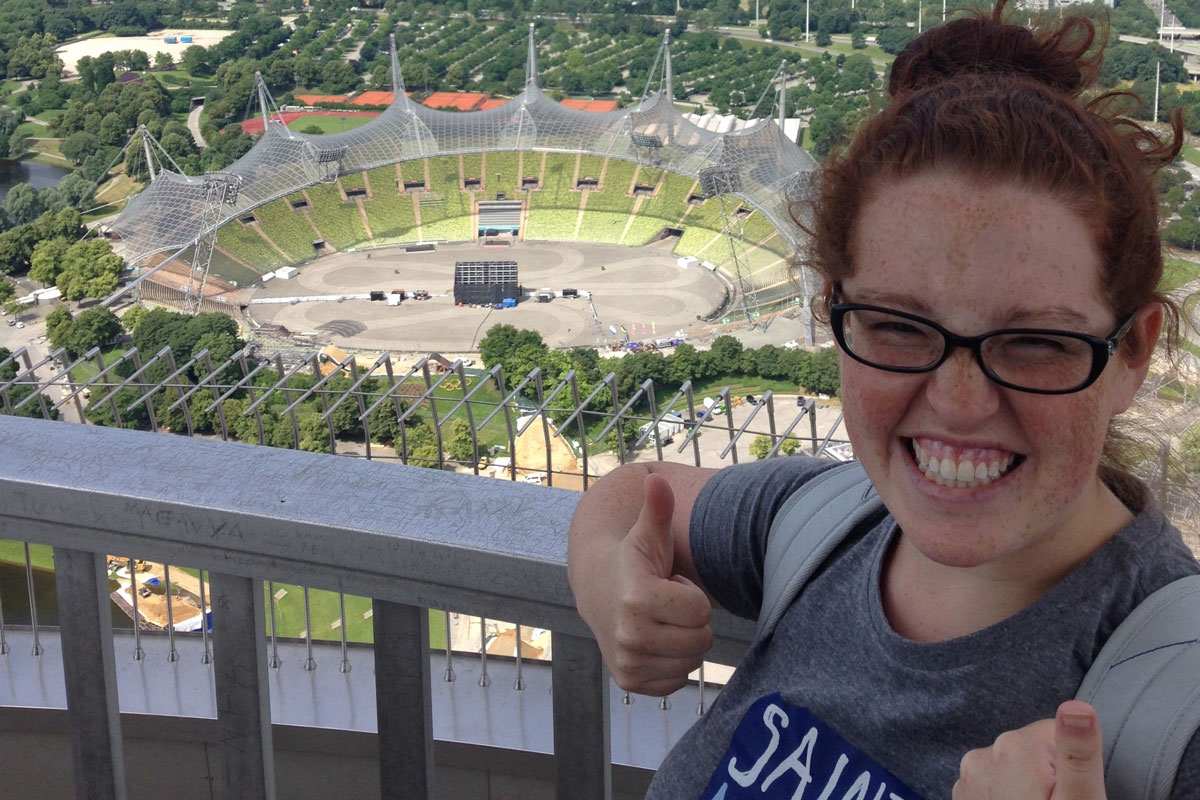 Student Spotlight: Erin Grimes
Erin Grimes is just one of the faces behind the Chesterton school newspaper the Sandscript, but is arguably the most important as the editor-in-chief. Of course, that is just one of the various extracurriculars she participates in. Grimes is involved in many other activities at the school, including National Honors Society and academic decathalon.

In newspaper, Grimes is the editor-in-chief after being involved since the first day of her freshman year.

“My favorite part of being EIC is the proud feelings I get,” said Grimes. “It is a culmination of three years of previous hard work and it is just so awesome to be in charge of the publication that I love so much. Besides being editor-in-chief, my favorite parts about newspaper are the friends I have made and the skills I have acquired.”

In newspaper, Grimes writes the back page editorials, but before that she wrote primarily news stories.

“My favorite section to write for is news. That was the main type of story I had written for my first three years,” said Grimes. “I was assistant news editor sophomore year and news editor junior year. I just have a special spot in my heart for news. Specifically for news, I have enjoyed writing stories about theater. The sponsors and students give great interviews and it is just really enjoyable to go and talk to them about their passion.” 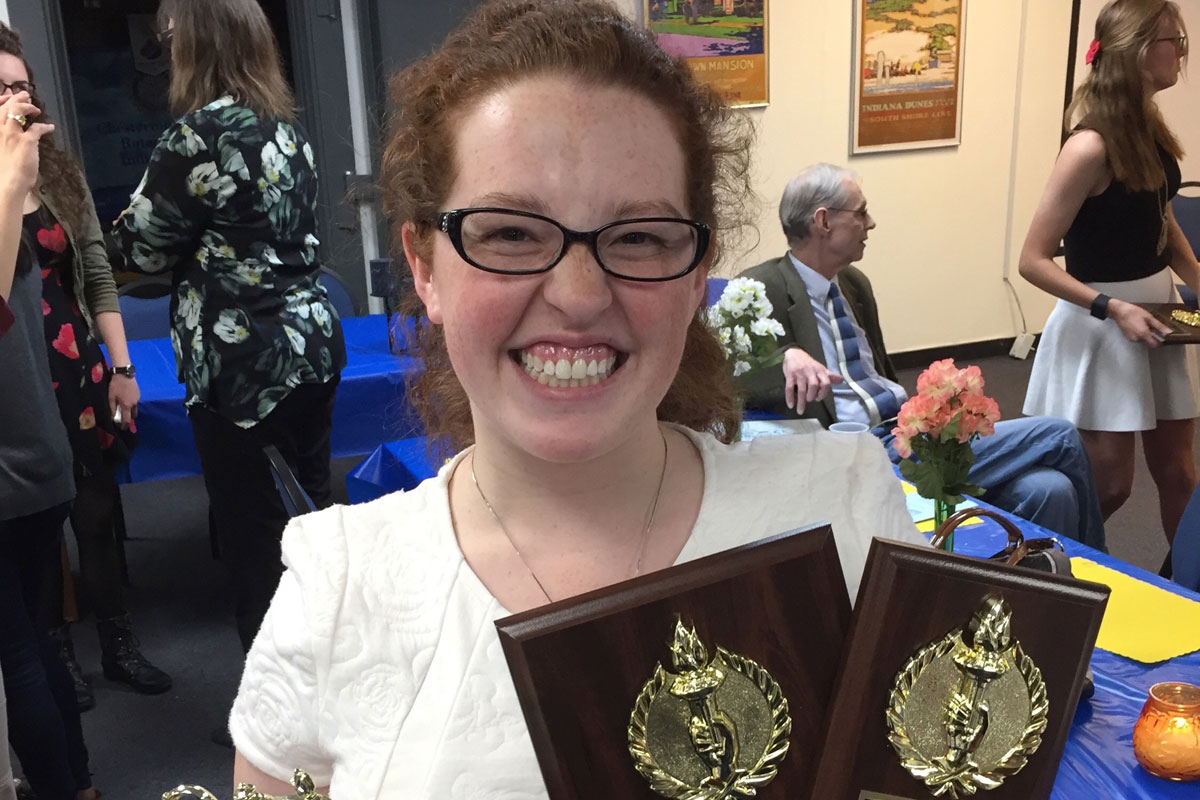 SLAC, which is a student leadership program in the library, is another one of Grimes’ favorite extracurriculars.

“My favorite part of SLAC is that I get to express my love of reading and books,” said Grimes.

Grimes is also a member of the German club. This past year, she took part in a German American Partnership Program (GAPP) as she both hosted a German exchange student and took a trip to Germany.

“My favorite thing about German Club is the field trip to Chicago in December to go to the Christkindlmarkt,” said Grimes. “Another thing that was amazing regarding German is that I got to take part in an exchange program my junior year and I spent a month of my summer in Germany.”

Finally, Grimes is involved in the school’s Academic Decathlon team and the Spell Bowl team.

“I really enjoy Academic Decathlon and Spell Bowl because I get to spend time with my friends who I don’t normally have classes with during the day,” said Grimes.

Grimes said, “I am going to Saint Mary’s College in South Bend, and I am currently undecided about my major. The only thing I know so far about my major is that I am not studying anything math or science related.”