Spanish Students Experience Culture Through Cuisine
Michigan City High School’s Spanish 4 students literally got a taste of the many cultures surrounding their chosen language on a trip to The Mango Cafe and La Panaderia Central in South Bend, IN on February 3.

After leaving MCHS around 9:30 am, the group made it to La Panaderia Central just in time to enjoy some Mexican baked goods for breakfast. The students had tried conchas, which are shell-like sweet breads, empanadas, and several other delicacies from this bakery during their annual Day of the Dead celebrations, so they were thrilled to visit the source of the treats they loved so much.

La Panaderia Central has been a family business since its doors opened twenty years ago, and all of their products are made from original family recipes. As soon as the students walked in the door, they were hit with the delightful smell of the fresh conchas. After a brief explanation of what each baked good was, students eagerly grabbed a pair of tongs and a tray and began hunting for their favorite pan dulces.

The students definitely made a dent in the bakery’s inventory, but, with the bakery making around 250 conchas per day, there were no worries. La Panaderia Central’s employees were even gracious enough to give the group an inside look at how their conchas were made. Students gathered around a large table in the back kitchen and watched the bakers mold dough into small circles that would eventually grow to nearly twice their original size to become conchas. 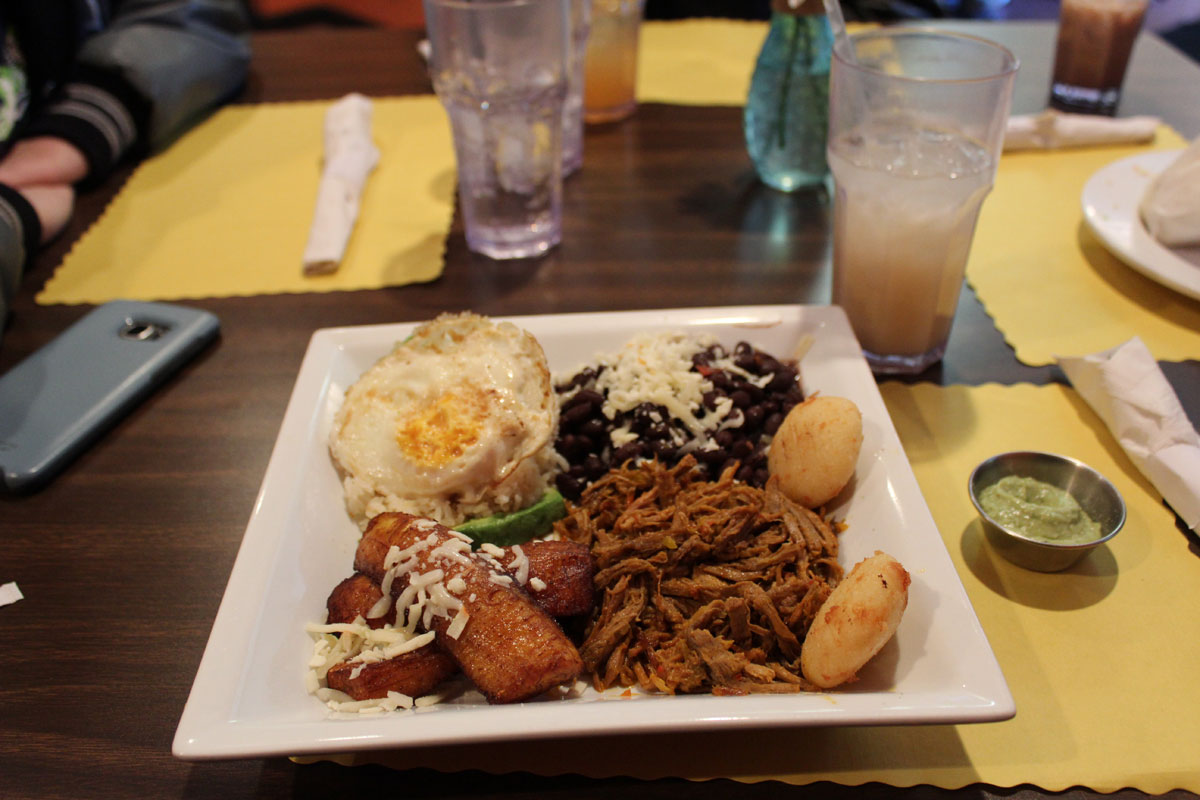 Senior and avid fan of yellow conchas, Hannah Tubbs, especially enjoyed the trip to the bakery.

“My favorite thing about going to the bakery was getting to see how the bread was made. I also liked getting some really good bread for really affordable prices,” said Tubbs.

The students exclaimed a heartfelt “gracias” as they left the bakery’s kitchen and made their way to their next destination: The Mango Cafe. Prior to the trip, Señorita Jennifer Gracyalny taught her students about some of the Venezuelan cuisine that they would experience at the cafe like the Venezuelan national dish, pabellòn. Pabellòn consists of stewed, shredded beef, two small, fried arepas, a fried egg, avocado, white rice, black beans, and, to top it all off, fried plantains.

Senior Andrew Jackson, who spends two hours of his school day learning about Hispanic culture in Spanish 3 and 4, was particularly excited about trying The Mango Cafe’s pabellòn.

“I got the Venezuelan national dish, and I really liked the shredded beef and rice. It’s very important for Spanish students to experience different cultures, because then we can enjoy things we normally wouldn’t experience,” said Jackson. 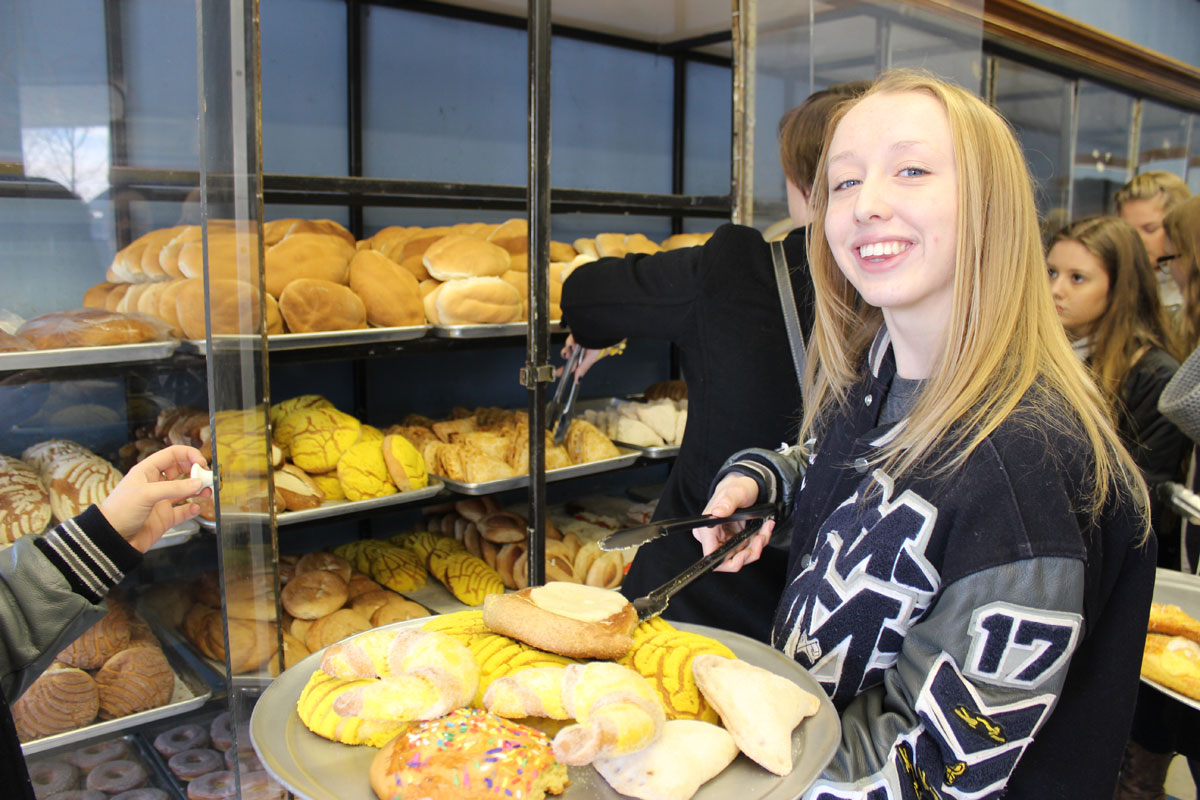 Other students ordered arepas, which are corn pancakes that can be stuffed with chicken, cheese, ham, or any other filling.

Students were able to explore Venezuelan culture through the various, unique drink options as well. Guanabana, or soursop juice was a popular choice.

Senior Madison Root described the taste as “a blend of pineapple and papaya” and suggested that everyone try it.

After taking a photo in front of the mural on the side of The Mango Cafe, the group boarded the bus with a strong appreciation for the cultures of Spanish-speaking countries and how those cultures impact diets globally. 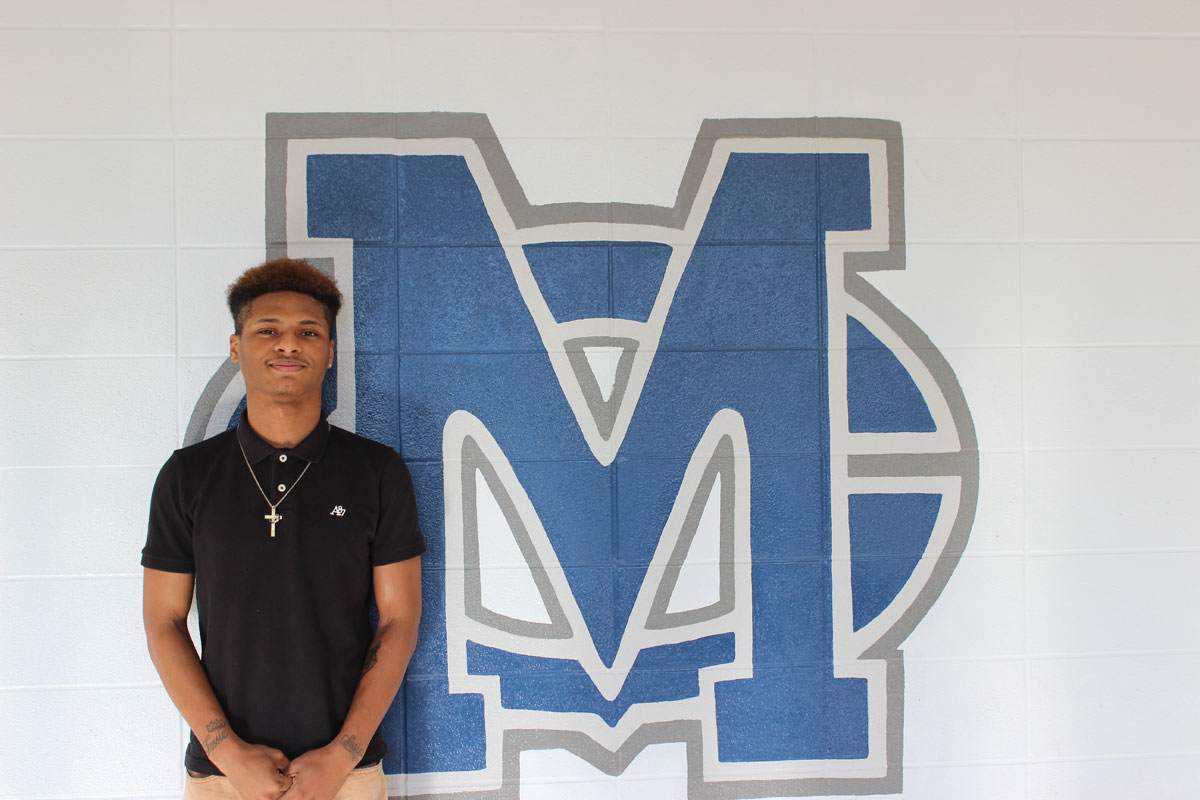 Throughout his high school career, Oliver has been distributing sculptures that he welds during his time at the AK Smith Career Center. He uses scrap metal left over from AK Smith welding assignments to make anything from birds, to scorpions, to the beloved Michigan City High School wolf.

Oliver draws the designs for his sculptures by hand before firing-up his torch, so each one is fairly unique. Although it sometimes only takes him a few minutes to conceive an idea and create his metal masterpieces, each one is made with incredible attention to detail and skill. 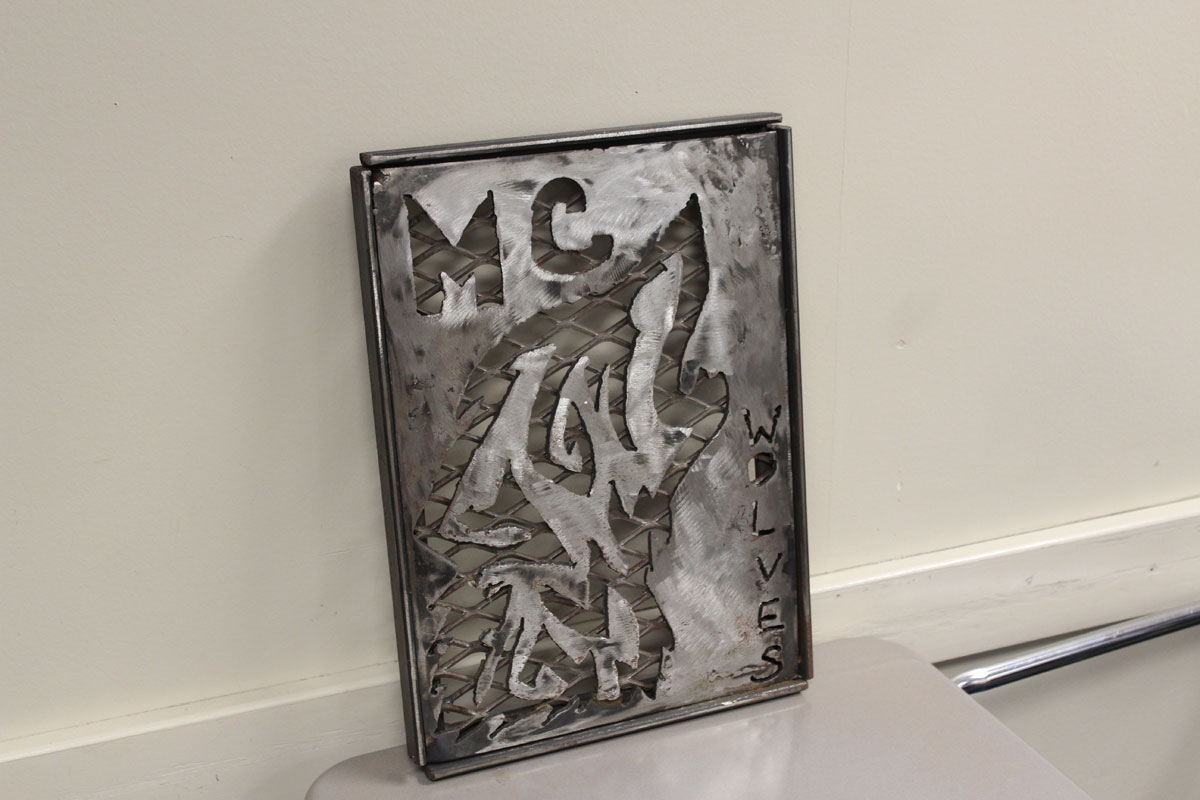 Friends and teachers encouraged Oliver to get involved in AK Smith’s welding program, and they have not stopped inspiring his artwork. In fact, Oliver’s current welding teacher, Raymond Goss, continues to drive his passion to pursue welding. “Mr. Goss helped me with lots of things related to school and life in general. He makes me want to be a better welder everyday,” said Oliver.

Similarly to the way his peers supported his welding efforts, Oliver believes that everyone should try welding at some point in their lives.

"Welding is always a great experience, and it gives you something to fall back on,” said Oliver as he discussed his passion. 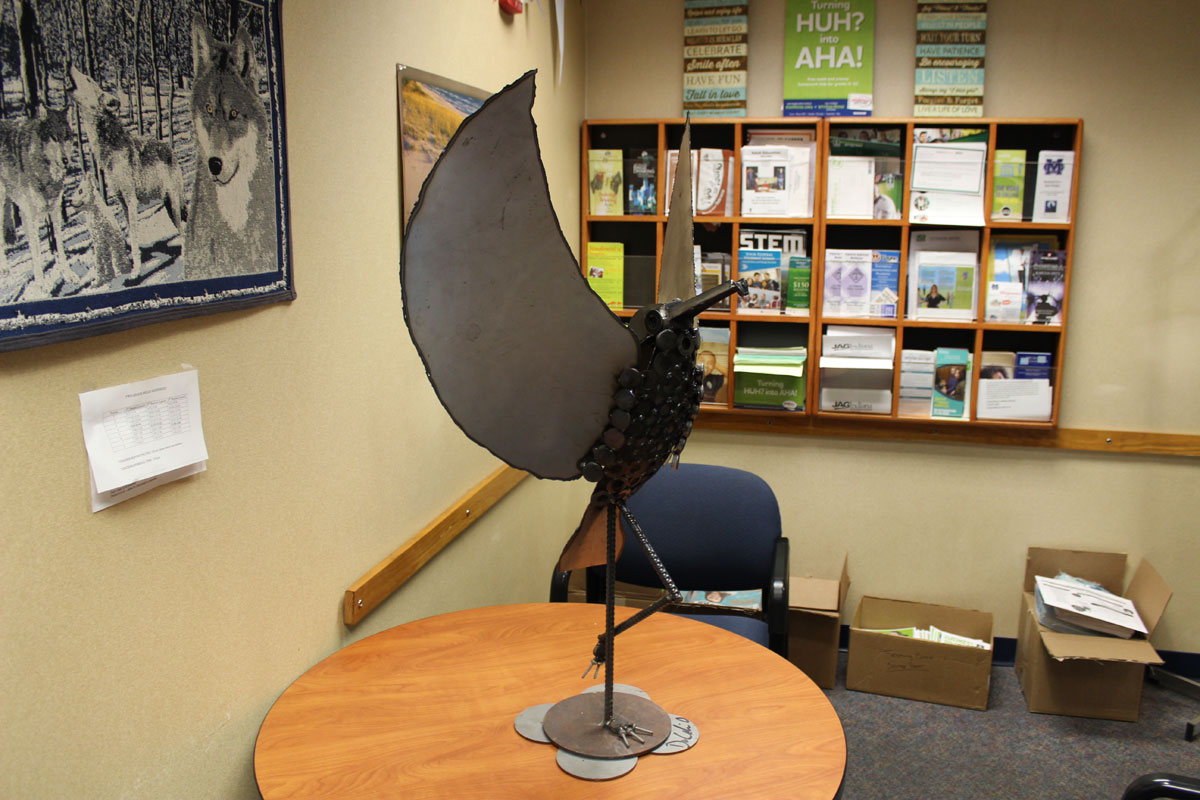 After Oliver’s sculptures appeared more and more in the classrooms and offices of MCHS staff members, his talent caught the eye of the administration. One of his sculptures will be featured at Ames Field sometime this year, so MCHS football fans will be able to enjoy artwork that represents both the school and the sport that bring the wolves together.

Oliver’s favorite piece, though, is a welded rose that he made for his mother, Susie Edmond. Edmond has always been a positive influence on Oliver’s artistic career, and she “means the world” to him.

When he is not working on his next work of art at the AK Smith Career Center, Oliver can be found managing the girls’ basketball team or prepping for his college experience, where he will major in welding technology.

With a semester still left in his senior year, Oliver has plenty of time to keep designing new sculptures. Be on the lookout for his welded art throughout the city within the next few months.