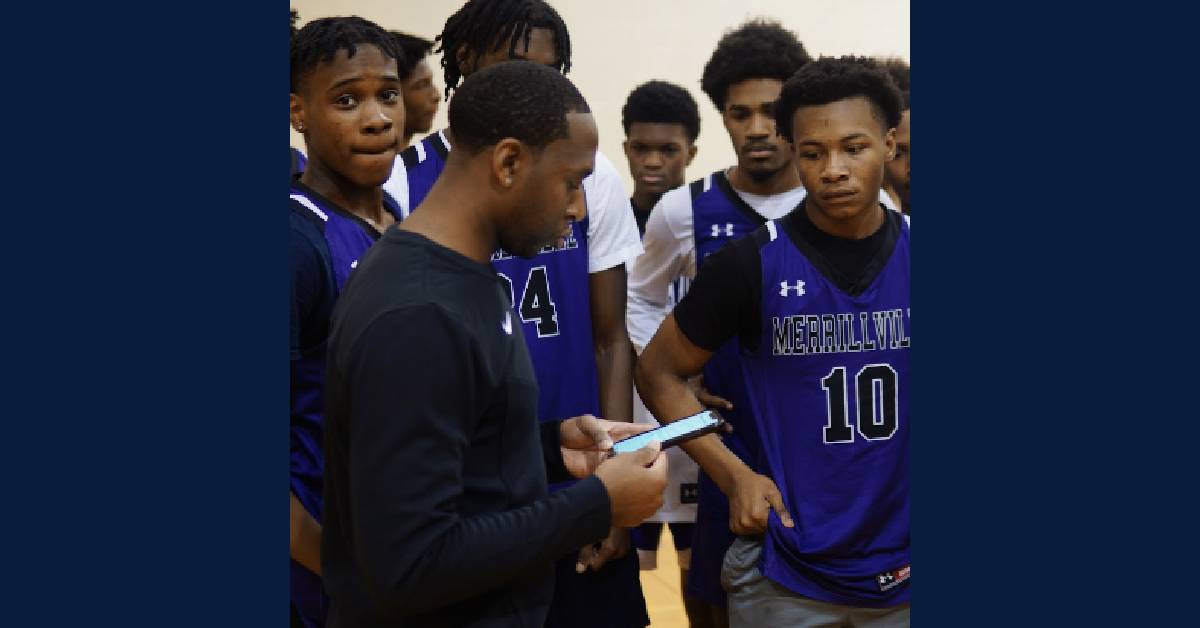 Merrillville High School (MHS) just wrapped up the 2022 calendar and is starting off the new year after the holiday break. Students are back in school after enjoying winter break, having returned on January 9. Before Christmas, many clubs decided to give back both within the walls of the high school and to the citizens of Merrillville.

Y.E.S Interact club, due to COVID-19, has not been able to visit senior citizen facilities and bring the holiday joy through Christmas carols and gift giving. This year after getting approval, the Y.E.S Interact club was able to prepare gift bags with Christmas cards, socks, snacks, and toiletries. The members were able to take a field trip to deliver the bags and bring happiness for the season.

Family, Career, and Community Leaders of America (F.C.C.L.A) wanted to be able to spread festivities to the students of MHS before break. F.C.C.L.A and the Art Club both decorated the cafeteria to hopefully bring cheer.

Athletic teams have also been making achievements. The MHS gymnastics team placed first during the first meet of the season. The team finished 104.075 to 86.00 against Michigan City.

Many MHS sports teams will soon be competing in the Duneland Athletic Conference (D.A.C.). Wrestling and swimming will be the first to take on opponents.

Now that 2023 is here, seniors will soon be walking the graduation stage in just a few months. In order for seniors to participate in graduation, they need to have 40 credits by the end of the second trimester. Sophomores will begin scheduling for the 2023-2024 school year starting this month. Schedule changes can be made up until June 8.

Anthony “Bo” Patton plays many roles from father and husband in his personal life to teacher and coach with students. Patton’s love for basketball and compassion for students are some of the many reasons he is loved by students. Basketball season has been in full effect, and while Patton guides the athletes to success, he feels that his team plays a huge role in creating team chemistry on and off the court.

“I think we’re doing an awesome job,” Patton said. “We have a lot of underclassmen this year: Bryce Peters (freshman), Robert Kennedy (sophomore), and Kelvion Brown (sophomore). I think my seniors are taking them under their wings. This team gels really well together, and that's credit to Jerimiah Roberts, Darrin Weaver, Louis Hunter, and O’shawn Kelly for just creating that team camaraderie we need no matter what class you're in.”

Over the years as coach, Patton feels he has grown in more ways than one.

“I’m a lot more calm and a lot more patient,” Patton said. “I believe that you have to coach them hard but love them harder. I give my guys a little more time off the court and spend more time with them on the court as well. I feel like I just got more patient, but I’m always going to be a student of the game. I will never feel like I’ve arrived; I always have to keep getting better.”

Patton has become strategic and wise during his time as a coach. Taking on adversity after losing many seniors entering this season, he feels his team should be able to turn to him no matter what the issue is and continues to be a positive light. Patton has been grateful to be able to coach and be a part of his athletes lives.

“This has been one of my favorite groups to coach thus far, " Patton said. “It has nothing to do with wins or losses and everything to do with guys being coachable, guys not being selfish, and guys coming in ready to work everyday.”

Nasir Christian has been a MHS wrestler all four years of his high school career, showing what it means to be a true MHS athlete. Christian, who is now a senior on the team, hopes to be a leading hand to other wrestlers as they still learn the ropes. Christian was deemed a varsity level athlete during his sophomore year and has continued on the team ever since.

Christian, while being an athlete, also puts great focus on academics. He challenged himself throughout high school managing to keep a good grade point average (GPA) during school and wrestling on the mat after. Christian has been enjoying his senior year feeling that, while this may be his last year, he still wants to make it a good one.

He does hope to continue his education and is exploring different options outside of high school. Christian makes sure to find balance in his world by pacing himself and entering situations calmly even when he is unsure. He continues to grow athletically and is excited to hopefully see what the season brings with the possibility of placing at state.