MCHS Theatre Dept. Steps Up their Stage
Summer break has not really been a break for the MCHS theatre department; the students and their stage manager, Charles Puetzer, have been renovating the theatre since the final bell rang at the end of last school year.

Their main priority has been redoing the stage floor, which was speckled with paint from various productions and covered in large, splintery gaps before the crew got to it this summer. For decades, MCHS’s floor has been black, and, since it was beginning to look like more of a greying rainbow than a stage floor, Puetzer and his team got to work.

“The first step was to clean everything off of the stage,” said Puetzer.

Luckily, the department spent a large portion of last year cleaning out the wings in the auditorium, so they did not have much to move. Cleaning the wings last year was the first major renovation project that the department took on, and that built the foundation for redoing the stage floor, and many other future projects.

After yanking up several yards of tape meant to mark the edge of the stage and almost every single loose piece of wood, filling the gaping holes with wood putty, sanding the floor, and cleaning the floor again, the department was finally ready to return the floor to its glossy, black state. Hoards of thespians took to the stage, brushes in hand. Among them were drama club officers Julia Miller and James Schooley.

Julia Miller, secretary of the drama club, is particularly happy that the stage is being redone.

“I’m really happy that the stage looks cleaner and more professional, not only for the plays and musicals in the next years, but also for assemblies, band concerts, and choir concerts.”

“Since day one of my time as the theatre manager, we have strived to organize,” said Puetzer.

This is not the end of the line when it comes to the organizational endeavors of the theatre department; Puetzer plans on vastly improving the theatre within the next few years.

“We also hope to renovate our lighting system. We have been concerned about this for a couple of years now and hope that the school board will approve the money. The lighting system needs to be updated because we are trying to get kids ready for college, and we are decades behind in technology. We are also looking into a new sound board. If this all goes well, the big move is to get the sound and lighting boards back to the booth and out of the middle of the audience,” Puetzer said.

All of these renovations will ultimately benefit the biannual productions that the theatre puts on, which have yet to be officially decided for this year. 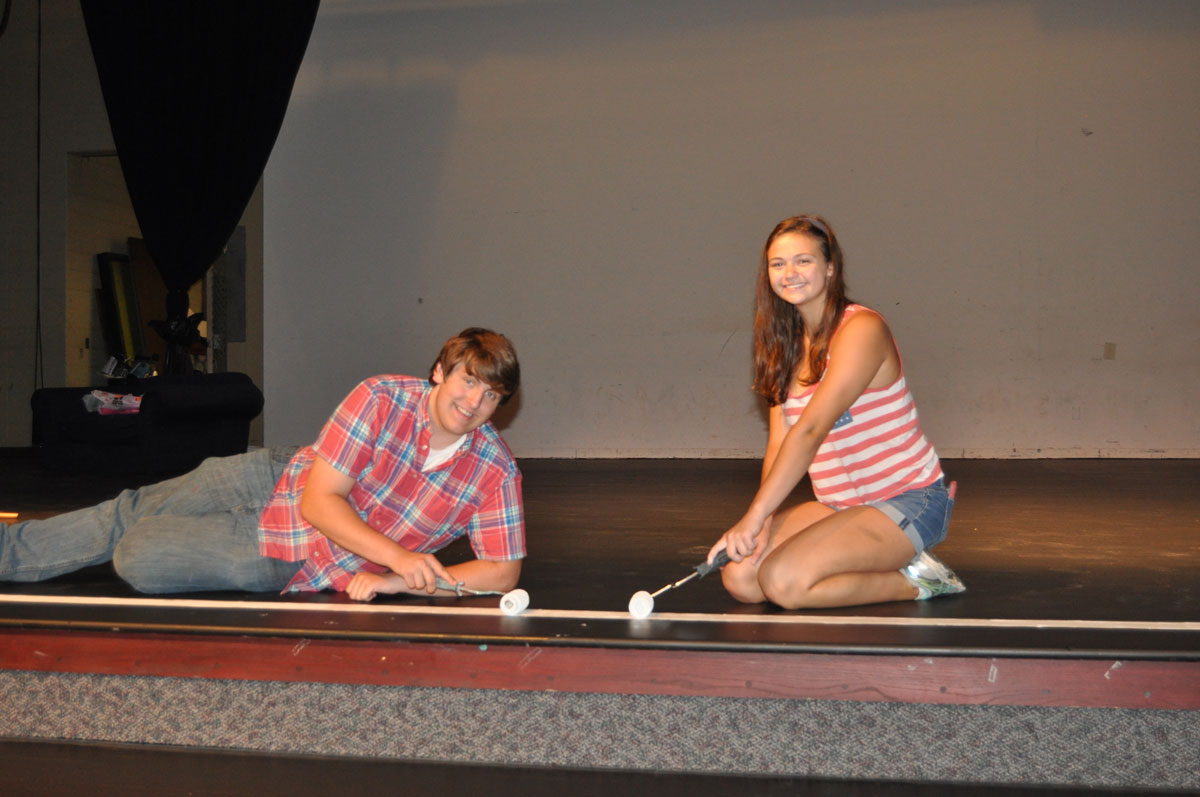 Sarah Smith: MCHS’s World-Traveler
The other side of the world does not seem like such an unfamiliar place to MCHS senior and student council president, Sarah Smith. Within the span of two months, Smith traveled to Germany, Switzerland, and France through two different student travel programs that are available in Michigan City.

Smith started her adventure in Germany through the German American Partnership Program. GAPP allows American students to house German students during the American school year, and vice versa. Smith housed 16-year-old Martin Lichtenstern during the spring for three weeks, and she, along with seventeen other American students, flew over to Germany on June 14th.

“When I was in Germany I loved being totally immersed into the culture. I lived with a family so I was able to see daily life, and I attended my exchange partner's school as well. I enjoyed going to his school because their system in Germany is completely different from ours and it was very cool to be able to compare and contrast the two systems,” said Smith.

Some differences included the fact that the same 25 students attended classes together, the school did not use substitute teachers, and independent study seemed to be valued more than actual homework.

Aside from the educational benefits of the exchange, Smith was also able to build strong relationships with everyone she met, whether they lived 45 minutes away in Chesterton or an eight hour flight away in Germany.

“My host family was amazing, and so was everyone else in the exchange. I love that I am still talking to everyone who was in the exchange, and even all the people I met while in Germany as well, despite the fact that we have already been back for over a month,” Smith said.

After spending four weeks in Germany, Sarah hopped on a plane to Switzerland, where she spent two weeks at a CISV camp. CISV, or Children’s International Summer Village, is built on the ideology that the best way to extinguish ethnical prejudices and stereotypes is to help create friendships amongst children. Adults already have solidified ideas and beliefs, so the program hopes to create world peace by starting with the children.

Smith was among 26 other CISVers from Great Britain, Lebanon, Switzerland, Germany, Spain, Austria, Indonesia, India, Canada, France, Greece, Croatia, and the USA. The students took an hour-long trip to France, discussed world issues, and compared and contrasted their daily lifestyles, which was eye-opening for Smith.

“Camps such as CISV and the GAPP exchange help connect people all over the world so I am able to say I have friends in Lebanon and in Germany. It also helps to show us how alike we are with kids in different countries. For example, I realized that someone from Croatia and I have a lot more in common than I would have thought was possible.”

When Smith isn’t discussing world issues with people from around the globe, she’s working hard to better her school and community through being the vice-president of the senior class, lifeguarding at Lake Michigan, and participating in countless other activities.