Spirit Week
February 16-19, Students at City showed their school spirit all week with different themes and events. The outfit themes for the week were Decades Day, Sports Day, Patriotic Day, and Class Colors. The Senior class sponsored a Jeans Day on Friday, and all proceeds went towards the Senior gift and the Senior picnic. On Tuesday, Class Olympics were held in on the soccer field. Games included powderpuff football, ultimate frisbee, and the frozen tshirt challenge. The Seniors dominated the games and were the champions of Class Olympics.

The Classes also decorated hallways to promote school spirit. Each hallway was unique to the class it represented, especially the Junior hallway, which was decorated to advertised the Color Run the class is sponsoring on April 23. On Friday, a pep session was held in the gym. All the winter sports were called out to the middle of the floor, and they each did their own cheer or chant. The Wolvettes dance team and the cheerleading team also performed. Winter Spirit Week was a great way for students to show their City and Wolfpack pride. 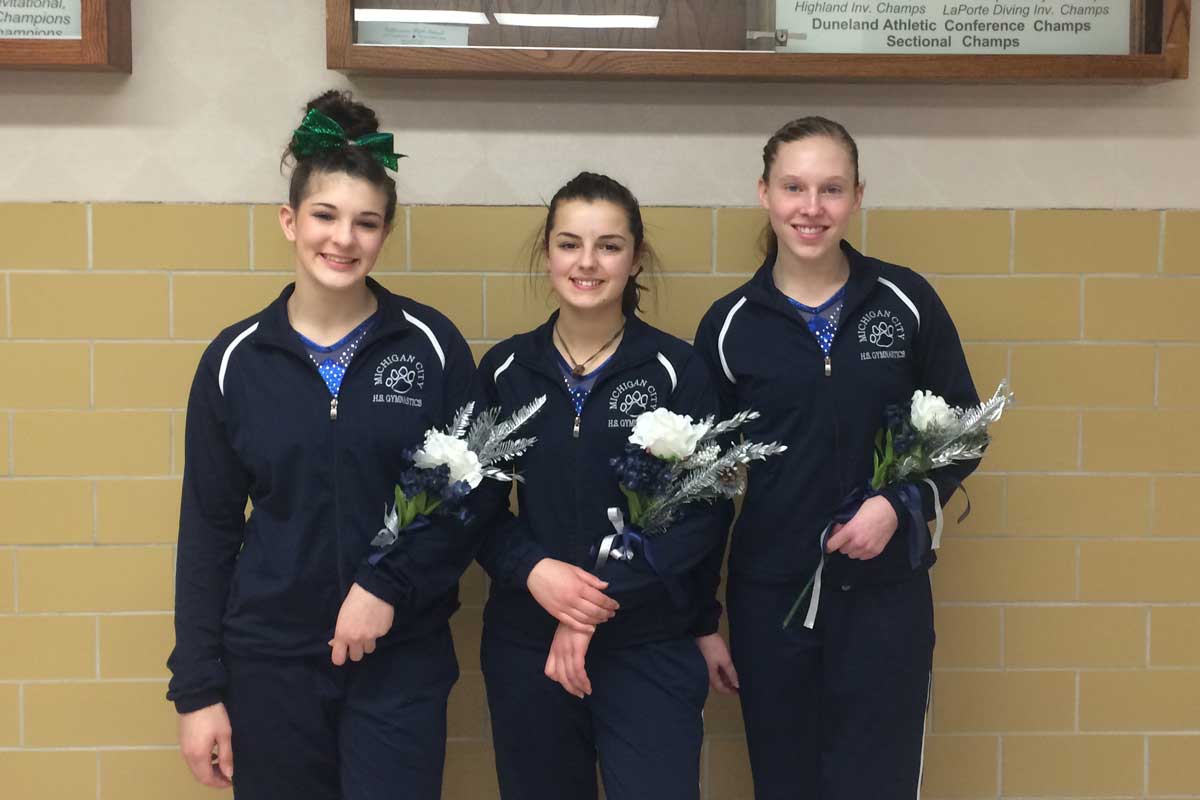 Theatre: Spring Musical is "Catch Me If You Can"
City’s theatre department is busy putting together a wonderful musical for the student body and community. Catch Me If You Can follows the true story of 16 year-old Frank Abagnale, Jr., who runs away from home and plays the game of deceit and deception. He becomes a successful forger and bank robber, all while impersonating a doctor, a lawyer, and a pilot. The FBI is after him, but Frank always seems to dodge the agents. The musical is directed by Senior Class Vice President Kyle Hurt, along with head of choreography Victoria Myhand and musical director Marcus Lester. Catch Me If You Can will be showing in the MCHS auditorium April 22 and 23 at 7:00pm, and April 24 at 2:00pm. 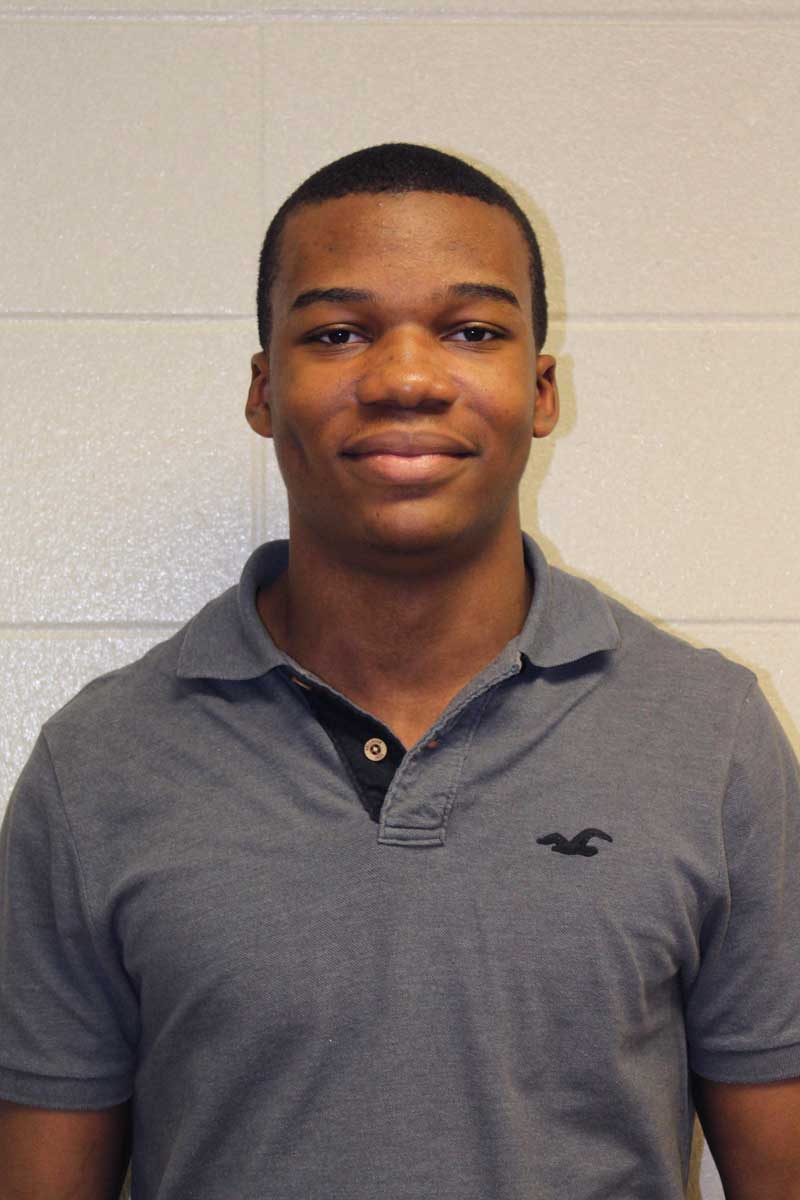 Student Profile: Chase Triplett
Chase is a freshmen at Michigan City High School. He is a football player, runs track, and is involved in the Steering Committee for the Class of 2019. He is also the gymnastics team manager. Chase’s favorite sport is football. “I love being with my team,” said Chase. “The greatest feeling in the world is being out in the field on Friday night, under the lights, hearing the fans cheer us on.” He is already looking forward to the next football season. He is also looking forward to Prom, even though he has to wait a few more years since he is just a freshman.

Chase’s favorite part about MCHS is the friendliness of the people. “Everyday I go through the hall and meet someone new and see a new face,” said Chase. “I feel encouraged to be who I am.” His favorite part about Laporte County is the festivities, which include the Taste of Michigan City, the Boat Show, and the Washington Park fireworks. After high school, Chase plans to attend the University of Michigan and majoring in computer technology and construction with a minor in sports therapy. 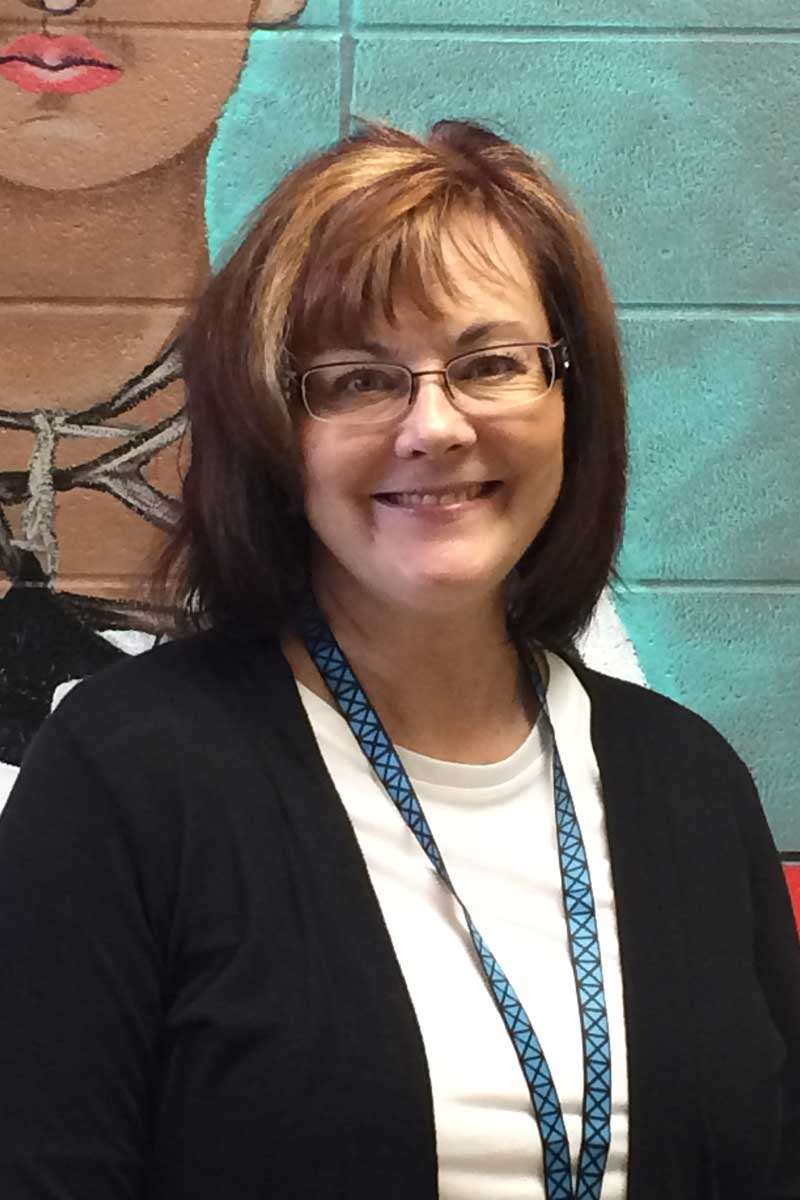 Staff Profile: Mrs. Cleveland.
Mrs. Cleveland is an art teacher at MCHS. She teaches Drawing, Painting, Sculpture, and Ceramics. She has been teaching for 32 years, and 9 of those years have been spent teaching at MCHS. Mrs. Cleveland was a class sponsor for the Class of 2014, and she is also helping Mrs. Erharhdt and art students create beautiful murals for our school. Her favorite part about MCHS is “working with students who are not afraid to explore different mediums and to challenge themselves to do their best.”

She also loves La Porte County for its beach and the theatrical arts and visual arts changes in the new arts district. Mrs. Cleveland is on the Interview Committee for the Art Space, and will be working with the Dunes Art Foundation this summer. She is looking forward to continuing the mural projects and would like to thank everyone who is providing funds for the project.