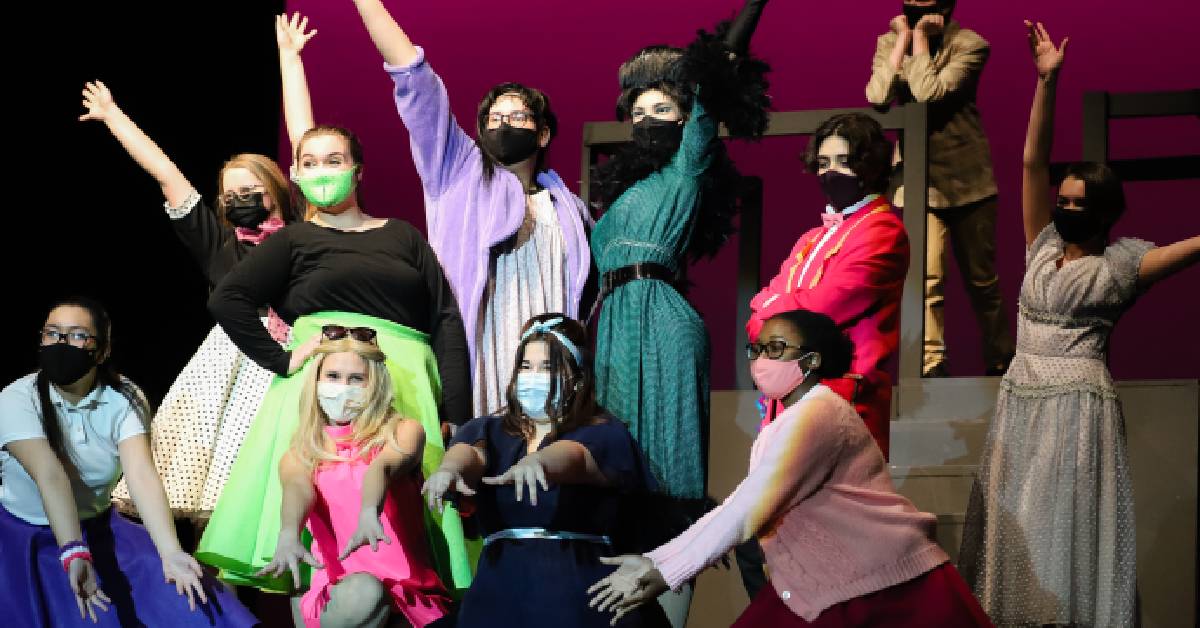 The Lake Central Theater Company worked hard to put on a musical despite the restrictions of COVID-19. The musical they put on was entitled “Forbidden Broadway,” and the show is designed to only have a few people on stage at a given time.

“Performing the musical this year all started with picking a flexible show,” said senior student Cassandra Morgan. “‘Forbidden Broadway,’ the show that was chosen this year, has around 20 individual musical numbers. If a student in the show were to have to quit the show due to COVID-19 or other reasons, the number they were in could be easily removed from the show and it would not affect the storyline.”

Sophomore Justin Aponte explained how this show was perfect for their situation because of the way the mini-shows were broken up. These mini-shows consisted of musical numbers in which famous Broadway tunes were changed in order to poke fun at that particular Broadway musical.

“The musical ‘Forbidden Broadway’ is about parodies of different popular musical theatre songs on Broadway,” Aponte said. “I am familiar with Broadway. I would say that it definitely helps you understand the jokes better, but even if someone was not familiar, it is still really funny.”

Because the show was made up of multiple mini-shows, most cast members had multiple roles. Senior Jackson Lopez played five different roles along with being a member of the light crew. Because of this, he had to change costumes between two completely different roles very quickly.

Despite the lack of normality in producing a musical this year, the members did not let the new way of doing things bring their spirits down.

“Our spirits were never flattened,” said senior Andie Kalemba. “As theatre kids, we stayed enthusiastic throughout the whole process at all of the rehearsals. We were a little sad that we couldn’t do some traditions we usually do to celebrate the musical, but nevertheless, we still strengthened our bonds and our love for the show.”

Students such as junior Rocco Popovich have decided to stay involved throughout the changes this year because of the strong friendships that have been formed within the activity.

“Honestly, my friends have just been the motivator for staying involved in theatre. They're the best people I could ask for to be by my side,” Popovich said.

The overall experience many of the seniors had this year has been much different than seniors in the past. Being able to put on a musical this year brought some light to the school year.

“All of the seniors were very emotional during the show because we were sad that we couldn’t celebrate and share the same experiences that previous seniors had, especially with the musical,” Kalemba said. “We were grateful that we were able to perform a play and a musical this year, so we cherished it and made sure everyone was staying safe so nobody had to quarantine and miss out on the show.”