For Lake Central students, the countdown to summer has begun. Some students think it cannot come soon enough, while others dread the end of an exciting year. Regardless of where students stand on that view, there is no debate that many things have been accomplished at Lake Central this year. From the court to the field, the classroom to the stage and much more in between, LC students have made the 2016-17 school year one to remember.

At the end of each school year the school mascot hands over the title of “Indian” to someone he feels will not only get the student section amped up, but also represent the school correctly. This year the Indian was senior Tyler Winiecki, but there was a twist. The school had unofficial lady Indians in the past, but senior Olivia Born felt it had been too long since the last one and that it was a tradition that needed to be brought back. Sure enough, summer passed and at the first football game of the season Born and Winiecki both had their Indian headdress on and led the student section all school year. 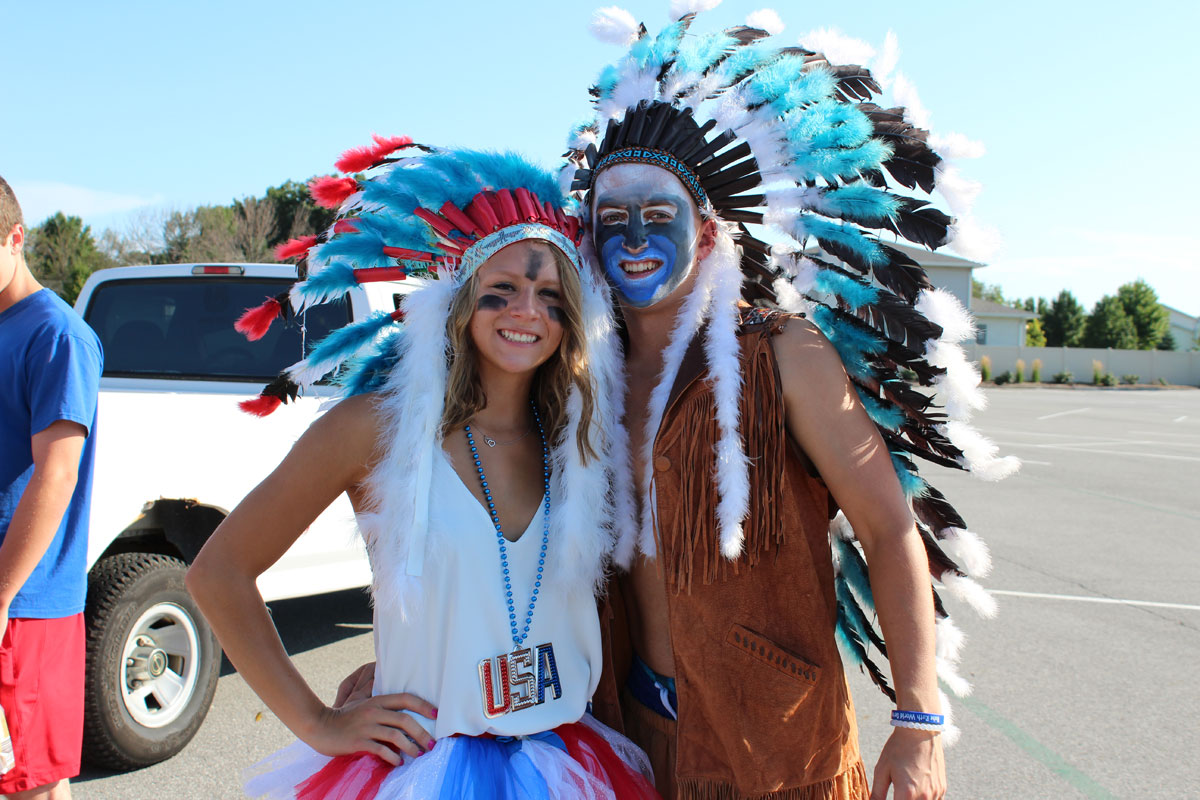 “[Being lady Indian] means the world to me. I feel like I really made a statement this year doing it and became close with all of Lake Central. The experience out there is indescribable and I really hope I made underclassmen pumped for their years to come. I can’t wait to see who keeps the leadership and tradition alive. I got a lot out of my experience doing it. It was like nothing I’ve done before,” Born said.

The success of the student section led by Born and Winiecki was most evident at the Sectional games for the girls and boys basketball teams. The boys played in East Chicago and Lowell, but the distances did not keep students from supporting their teams. The stands were packed as the teams made exciting runs that came with disappointing losses. The girls team defeated a highly ranked East Chicago team to move on to the Sectional semi-final in which they were defeated in a tough battle against senior Dana Evans and the Gary West-Side girls. The boys team ended the regular season with a bad loss against McCutchen and headed into the postseason with very little momentum on their side. 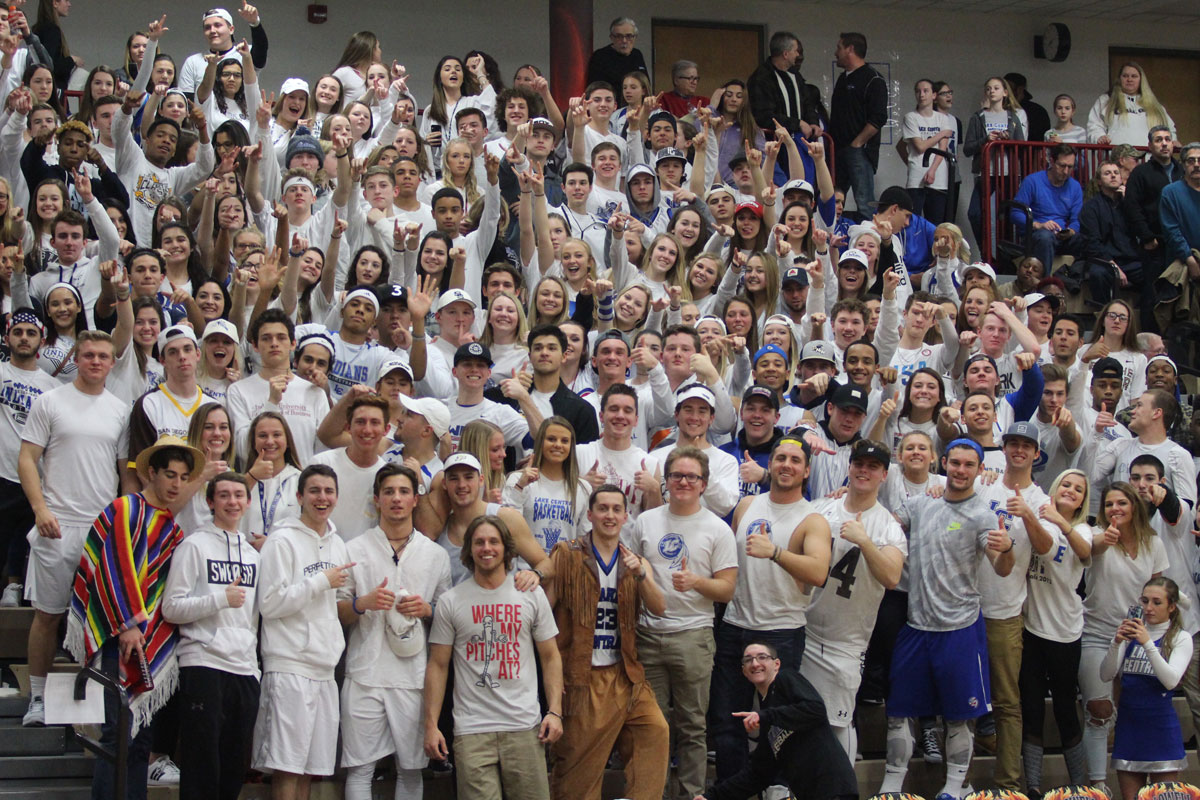 However, the boys were able to turn that around with big victories against Lowell and the rival school Munster to advance to the Sectional final against East Chicago. The boys held a lead most of the game, but in the end the Cardinals were able to prevail and cut down the nets. Despite suffering sad ends to the basketball seasons, and to the end of the student section season, the students in the student section gave LC something to be proud of. About a dozen students stayed after the games and helped clean up the bleachers despite games being on the road and one of the games being in the opponent's school-- that being East Chicago.

“When we looked around after the game, we saw all the trash that filled the bleachers, and I guess it didn’t feel right to just leave it there. So, a small group of us waited until most of the people cleared out, and then we started where our student section was and worked our way around the entire gym. Now, our student section cleans up the bleachers after every game,” senior Ashley Scanlon said. 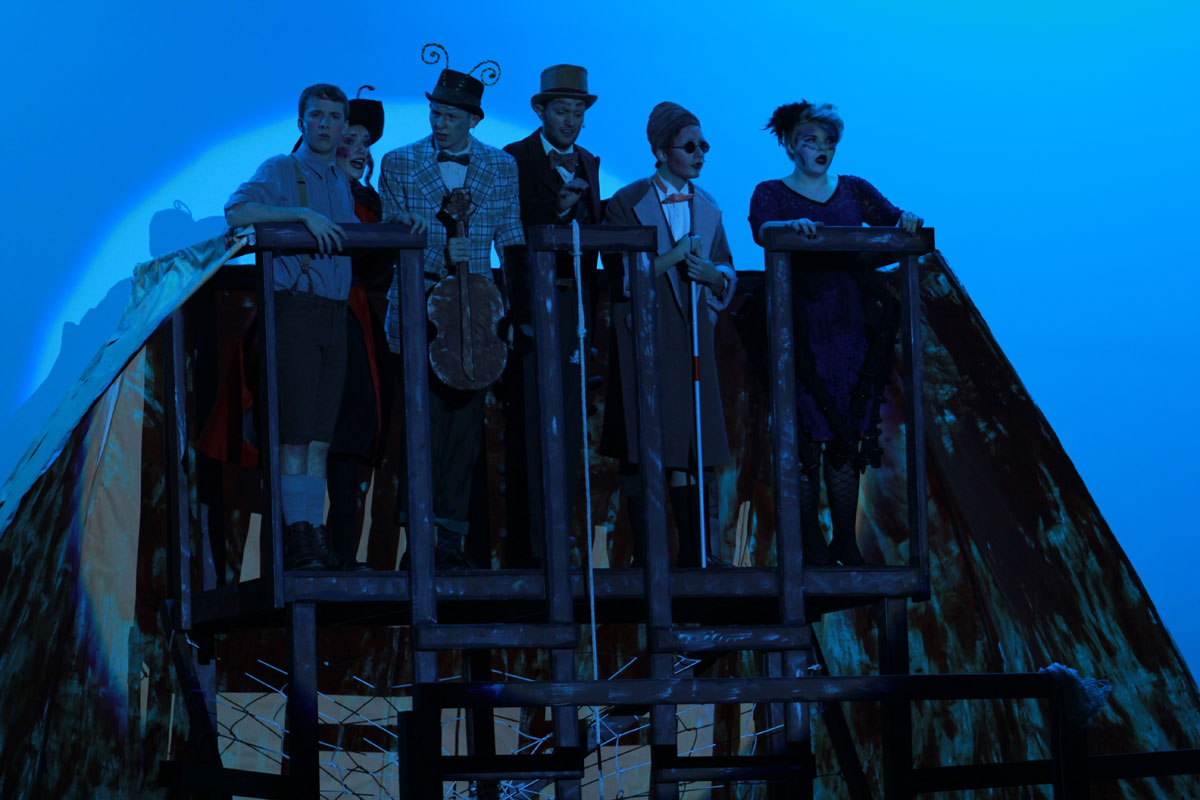 On a corporate level, LCSC made it a goal to connect the students at the high school with the students at the Lake Central middle and elementary schools. First, the high school created a Public Relations course where a select few of high school students were chosen to represent one of the nine elementary schools and middle schools. Another main point in incorporating all the schools was during the fall theatre performance. All the elementary school students took part in reading James and the Giant Peach and took part in trivia competitions throughout the days. Following the conclusion of reading the book, students then took field trips to the high school to see the LC students put together a performance of the book. In a final attempt to the the schools together before the year ends, high school seniors will leave on the last day of school to go visit their respective elementary schools. This will include a wall through the halls in which the seniors will be wearing their caps and gowns. This has never been done previously, but it is a new tradition that administration is looking to start.

“This is an opportunity for students to go back and see their elementary teachers and staff. It's also a chance for the teachers to see the fruits of their labor. At the same time, we want the little ones to get excited about where they will be in a few years. I hope students will want to share the graduation experience with the place and people that serve as their roots.” Melissa Rettig, Director of Guidance, said.

The past school year has been one to remember at LC, but with 21 days left there is still a lot to come. On Saturday, May 6, students will file into the Halls of St. George for prom and then just a week after student council will hold their second annual Color Run.