The classrooms have been cleaned, the hallways made spotless, and the new textbooks have arrived. It’s time for a brand new school year. Kicking off the 2017-2018 school year, Lake Central High School opened their doors on August 8th for the Freshman Rush. Students started the morning in the auditorium where they were given a speech and introduced to the staffers that they would encounter throughout their years in the high school.

“I think [the freshman class] was able to find most of our classes and look around the school more so we won’t be as lost on our first day,” Hala Haddad, grade nine, said.

Following the assembly in the auditorium, students were paraded out into the hallway where they met upperclassman who would be with them throughout their first year at the high school. The new students were given t-shirts for a class picture that was going to be taken later in the day. The upperclassmen that had been selected had experienced leadership roles and had memorized the school by heart. The tour began by the freshmen being taken to their PTE classroom where they got to know each other a little more and got to know their peer mentors. Afterwards they received a full tour of the building by the upperclassmen. 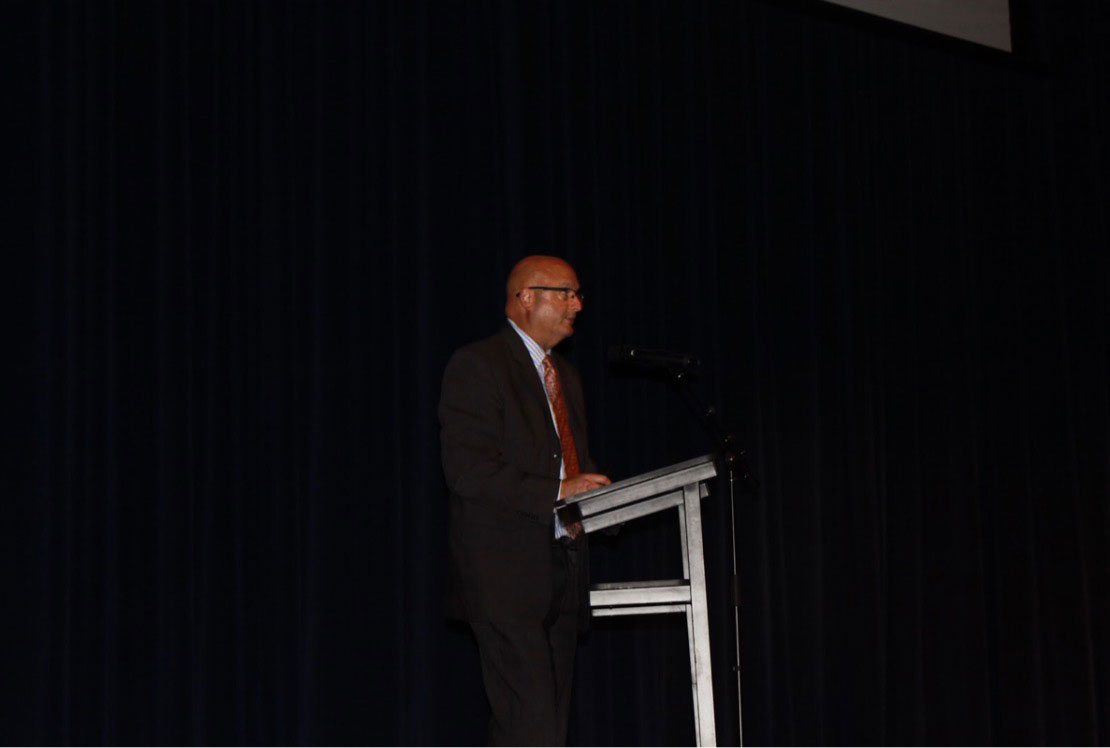 “I think the tours went really well, the freshman rush in general was very beneficial and the tours were really organized. I think it gave the freshmen the ability to tour the building and feel more confident for the first day,” senior, Courtney Rhomberg said.

At 11:45, the class of 2021 gathered in Town Hall and took a class picture. Afterwards, the students were dismissed to lunch where they were given hotdogs, a bag chips, and a soft drink. Once lunch had concluded they were allowed to walk the building and find their classes on their own or with help. The day concluded at 2:00 when the freshmen began leaving with smiles and a bit more confidence for the first day.

“I feel that most of the freshmen are well prepared for the first day of school. During Freshman Rush we went over the essentials to have a successful first week of school and how to thrive at Lake Central,” junior student, Carter Goldman said.

As the day turned to the evening, the high school prepared for its second event of the day. LSHS was hosting an informational meeting for parents to see where the school is currently, and where they plan on going into the future. The event was open to the public, and had around 50 people in attendance. 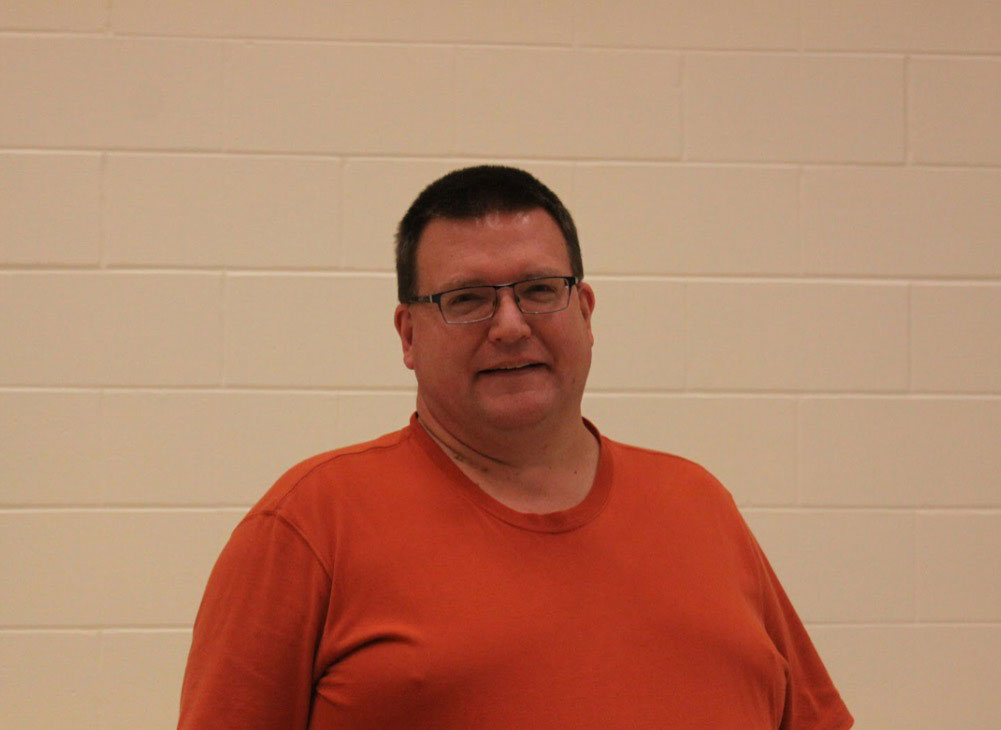 “Typically the parents are curious in how we function and operate and this was an opportunity for them to see how we function before the year gets hectic,” Larry Veracco, Superintendent of Lake Central School Corporation, said.

The meeting began with Dr. Larry Veracco, Superintendent of Lake Central Schools, giving a small speech and then letting Rob James, Director of Business Services, take over. James gave an informal speech about taxes for the school district and how it compared to other schools in the area. James gave several reasons as to why the people of the district paid what they did for schooling and how the state affects the school budget. James related the income of the funding by the state to how most people generally spend their money.

“Our philosophy for using general fund money is we want a safe cash balance, we operate how you normally do at home. We are hoping not to run paycheck by paycheck for those what if moments.”

James closed by talking about teacher budgets and how the school must have enough money so they can stay competitive with schools in the area. Veracco then took over and evaluated more on teacher pay and gave more details on how the school received its general fund money from the state of Indiana.

Veracco stated that the school is having ongoing concerns over maintaining, “quality extracurriculars, music, arts which we know helps make well rounded adults.” 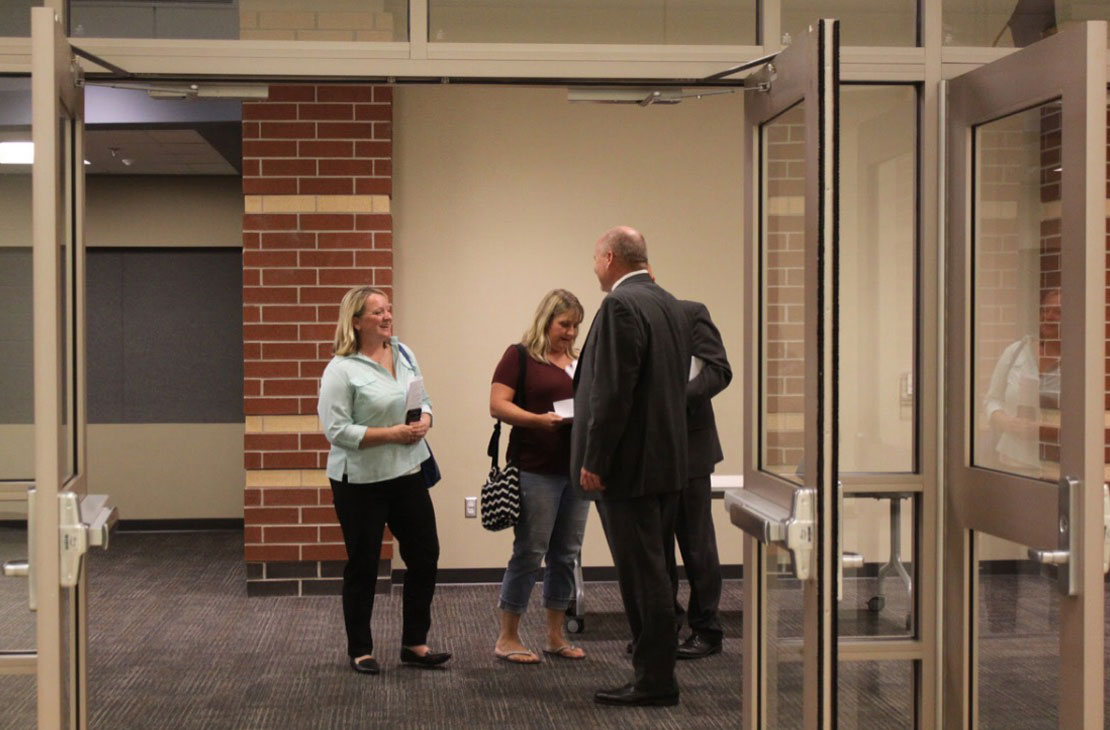 Veracco continued by talking about how the school spends its money and why the school does not have the funds to create new extracurriculars or classes. Though the first half of the speech he gave was negative, Veracco was happy to share some positive information that the school corporation accomplished this past school year.

“..the high school receiving an award for advanced placement, the school was helped by an AP tip grandt from the University of Notre Dame. Lake Central took the lead and had some education programs related to the opioid epidemic in America. Which we will continue to do” Veracco said.

Gandalfi reminded the public about the capital projects that they had in the building of the new Protsman Elementary School and the new Lake Central High School. Lejard went into more details on the current status of the schools throughout the corporation. Lejard explained in detail what the capital projects had been funding for the past few years and he went on to explain what they hope to do in the coming years. Lejard plans to expand the parking lots at Bibich and get new phones at Clark.

Lejard also said “we plan on getting a new maintenance building and backburner, new bleachers and gym floor at Kahler and Kohling.”

Gandalfi made it clear though that the school would address the public and take in their consideration if redistricting were to happen. 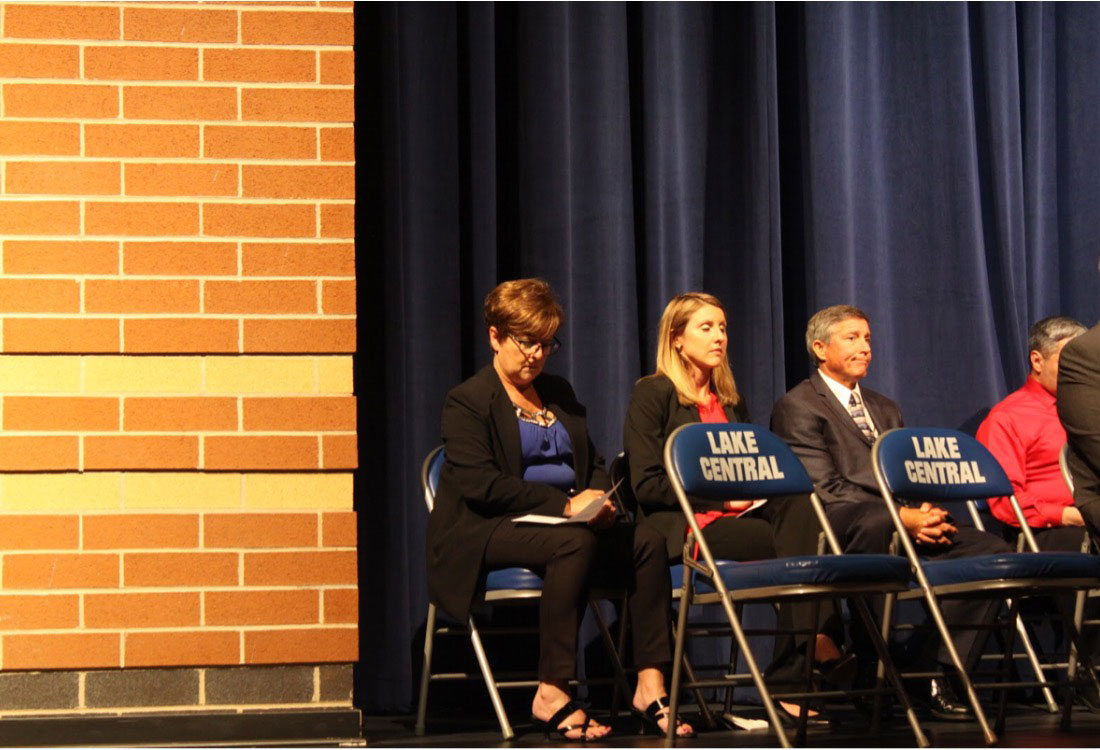 Other notable speeches of the night came from Mr. Moreno, Director of Technology, stating what the plan was to upgrade electronics throughout the school corporation.

Moreno stated, “We try and replace desktop hardwares every five years and move older technology to areas where the students would use only the internet. Network hardware we start watching around five years and we see how long we can continue to use it.”

Mike Seljan stated “I think the [presentation] went well. It was informative, it helped the community know what was going on in the school corporation.”

While the parents found the information helpful the school administration found the session informative for their purposes as well.

“We are going to try and figure out how to get this information to more folks. I think to move forward we need more people to hear the message.” Larry Veracco said.