Student Spotlight: Wyatt Simic
Wyatt Simic is a senior at La Crosse High School. Unlike most of the students who do the regular curriculum, he takes classes at the trade school, AK Smith.

There, students learn a myriad of hands-on skills, allowing them to be ready for a job by graduation time. Learning is more than just tests and memorization: it is gaining new experiences. It is failing, getting back up, and trying over and over until you get it right. It is different from a regular environment in that the students there are working up close and personally with whatever they are learning. The school offers Fire Science, Culinary, Automotive, Early Child Development, Nursing, and some others. La Crosse students attending leave for the whole day up until lunch, when they will come back to the high school and take their required Core 40 classes. Most of the classes at AK Smith fill up quickly, so it is required that anyone who wants to take those classes (automotive, for instance) apply immediately if they want to guarantee a spot.

He first started going to AK Smith his junior year, and did something almost unprecedented in the history of the school. He finished up his semester of the Automotive class he was taking faster than required and was granted the special privilege to attend the welding class along with automotive. It was unheard of: a student taking two classes at the same time! It just goes to show: if you do what you love, anything is possible. 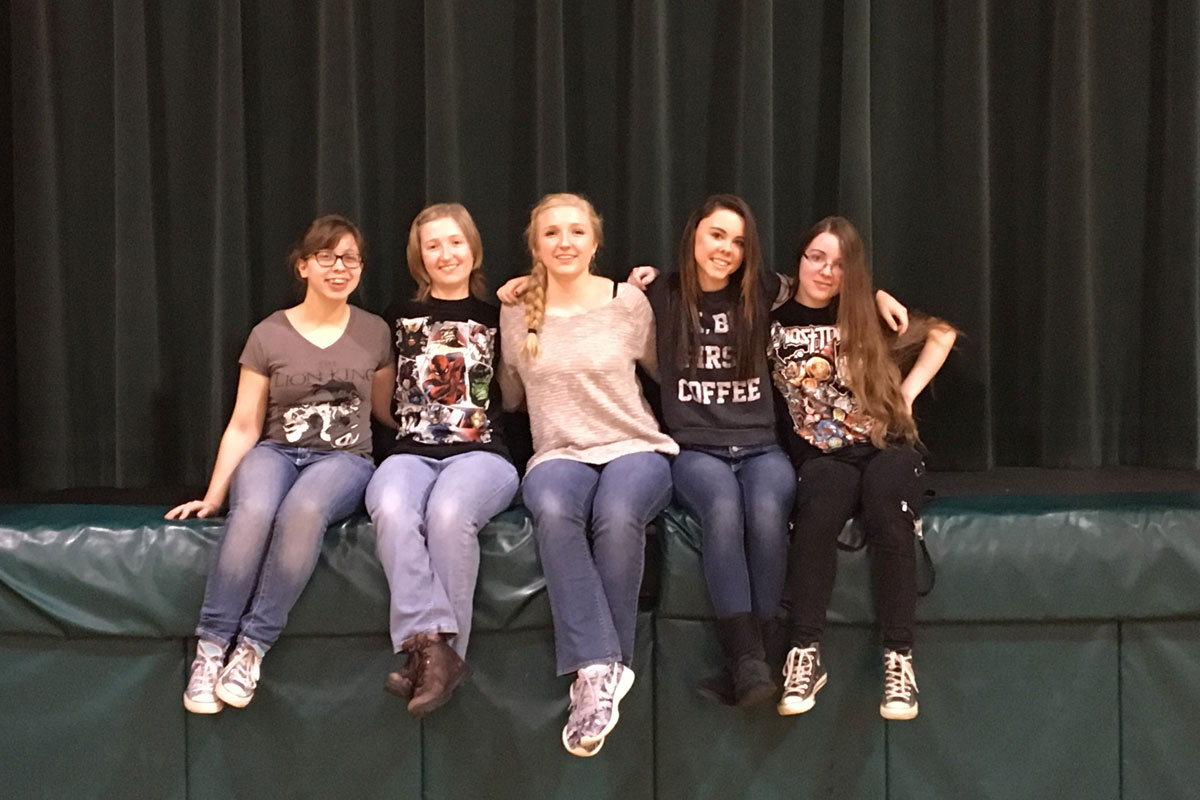 What’s Happening: Inductions, Competitions, and Transactions
Students gathered in the gym on Jan. 27 for the annual La Crosse Honor Society inductions. While this is not the official induction ceremony, it serves to let the students know who got in and who will need to attend the official one, where they will sign their name and swear themselves into the group. Students in the Honor Society are required to perform certain tasks, such as fundraising for the school, and performing a certain number of service hours. They must also hold a GPA above a certain number, and be involved in extracurriculars. The new members are: Hope Klemz, Hannah Leffew, Jack Missal, Maci Province, Raegan Stinnett, Jaye Mitzner, and Mary-Kate Dowdy.

The next day, five students from the La Crosse band went to Kankakee Valley Middle School to perform in the ISSMA contest for instruments. There was sound everywhere upon entry, and everyone was all hoping for the gold. Kianna Foster and Nicole Green took home golds, guaranteeing them a trip to the state competition. Ashley Vernon, Natalie Vernon, and Madyson Ruzbasan all scored silvers. It was exciting, and they are all looking forward to returning.

More recently, lunch money is going to be taken a bit differently. The lunch ladies have made the switch to digital keycodes that students punch in to pay for their lunch. While the keycodes are not making the line a swift process of pay and go, they are a step up from the previous. The students were given a four-digit code to memorize. 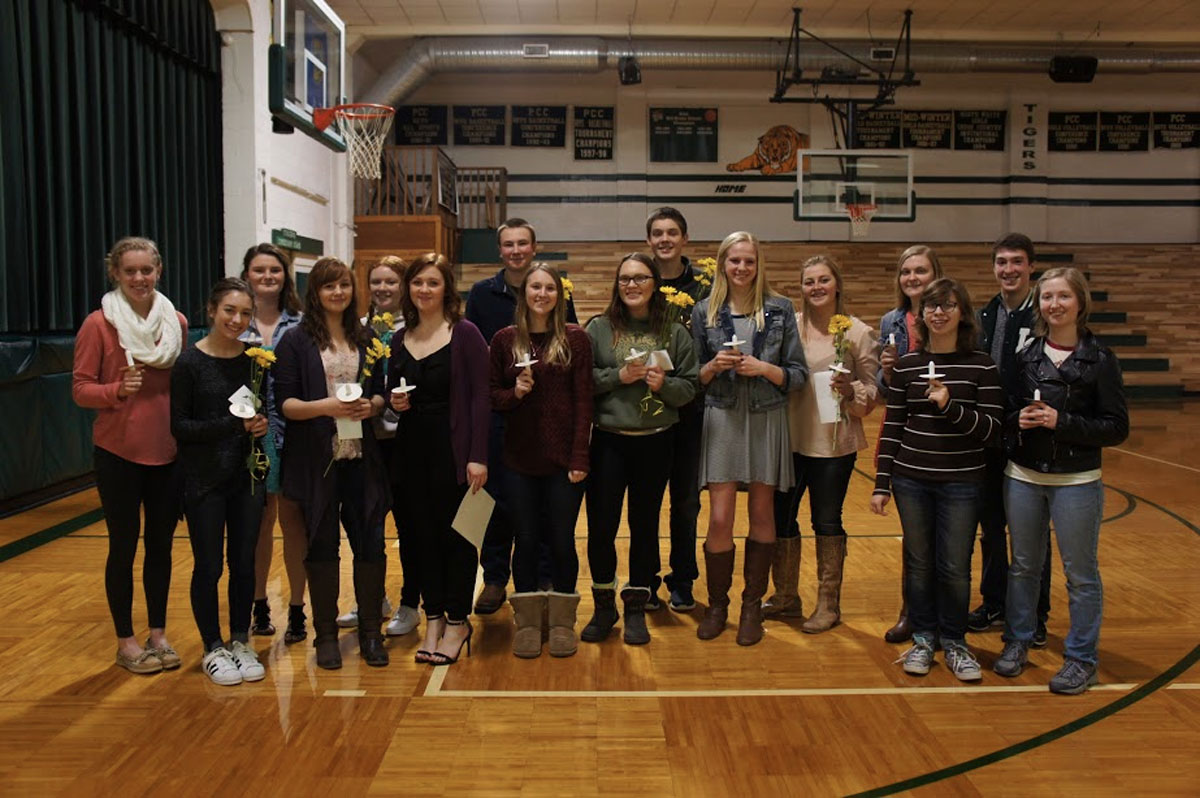 Coming Up: The Chill Zone
Every month, the Principal’s Advisory Committee (PAC) meets to discuss changes that will happen to the school in the future, and improvements that can happen now. Recently, the PAC accepted a few new members, who have already begun creating a more meaningful discussion.

One particular such discussion was on the subject of a student lounge. The lounge would be on the top floor of the school in a room between the study hall and the math classroom. Students would have (mostly) full control over the area, and could come there to relax and kick back in a place entirely their own. There would be music, and a sofa, and art. Beginning this Monday, Feb. 13, some students are going to begin clearing the area out so that the creation of recreation can begin. That’s not to say that the room will be entirely without rules - there will be grade point restrictions, and a guestbook.

Also in the future: May 19 is the annual school trip. The entire school has two choices, either Jak’s Warehouse in Schererville for unlimited laser tag, rock wall climbing, and many other fun exploits, or a behind-the-scenes tour of the Albanese candy factory and a movie.

There will be certain criteria for those going, which is no more than three tardies, no more than one office referral, no D’s or F’s, no more than five absences, and at least one extracurricular activity per year. Either choice will be fun for the entire school. 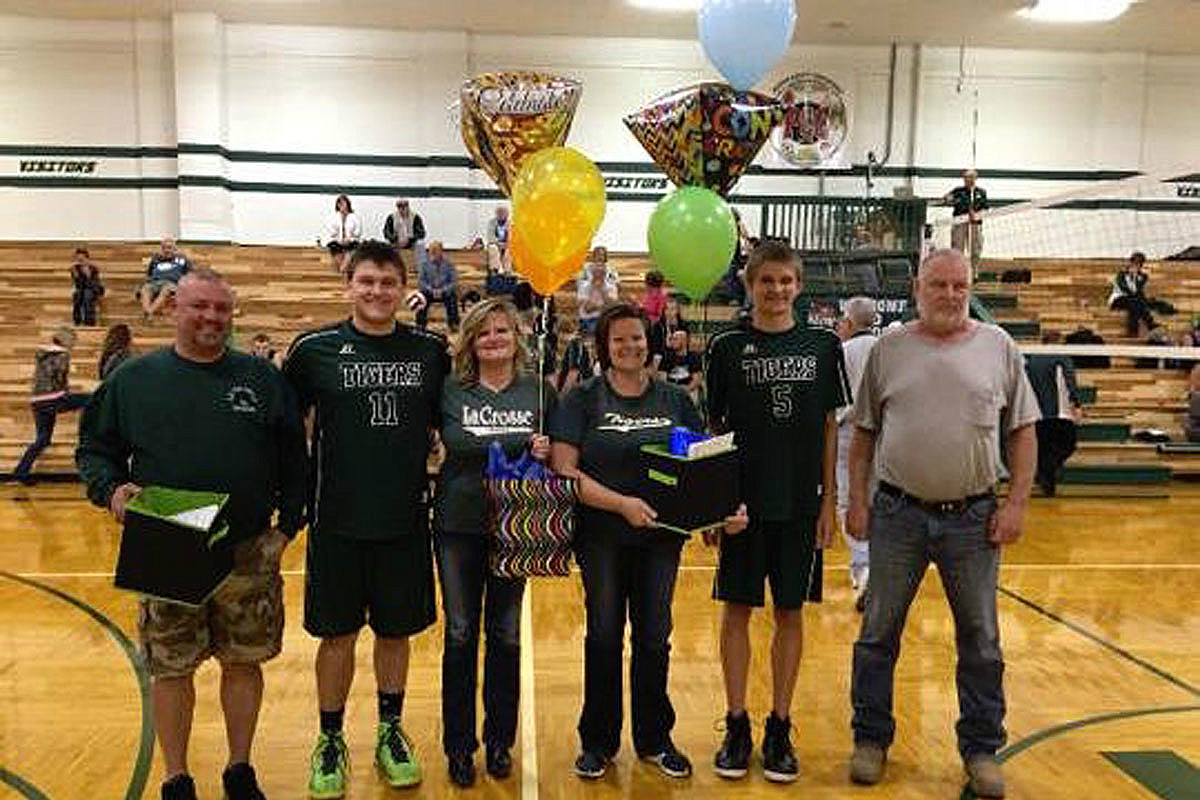 Teacher Spotlight: Mrs. McCormick
Mrs. McCormick teaches La Crosse’s english classes. While, for some, english class is an awesome opportunity to explore the boundaries of fiction, and go beyond just reading and explore each world presented in stories, for others, it just means reading. Mrs. McCormick has done a rather good job of trying to immerse the students in what they read, and getting them to understand the necessary vocabulary.

Mrs. McCormick is involved in some clubs outside of just teaching a class. She runs the yearbook, which are still on sale for $40, and she spearheads the English Academic Super Bowl team. Just recently, our school has announced its own student-run newspaper, where any student of any caliber can feature another or themselves in an article of their choosing. Mrs. McCormick has taken on the task of being overseer. While it is small and just starting out, the La Crosse Weekly has begun to garner a lot of attention. Everyone from students to parents and previous alumni are starting to get in touch with the paper, giving out their fair share of suggestions and celebrations. It is something that has already begun to bring the community even closer together.

Mrs. McCormick has had to teach two of her children as well, Allie and Andrew. They don’t mind, though, and actually sort of enjoy the experience. While she does have kids of her own in the classes, she still teaches unbiasedly. No student gets more pull than any other, and they’re all receiving a worthwhile education.