Post Prom Recap
As April ends and May begins, many students have started to look back on this year’s education.

The school year hasn’t completely ended yet, however. Still up to come is the school-wide field trip, and dreaded finals week. Prom, though? Nothing screams “high school” like the senior prom. La Crosse’s theme this year was “Around the World,” which allowed for flags, maps, and globes tucked into every corner and on every wall. 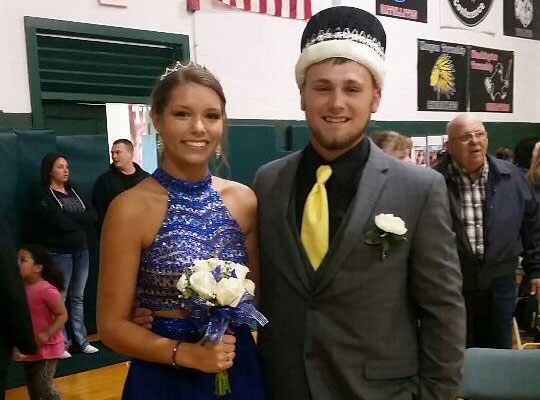 The tasks of provinding funds, setting up, and cleaning up were all handled by the junior class. They decided on the venue being Heston Hills, and set up their area the day before the prom. On Saturday, April 29th, at 4 P.M sharp, the Grand March began. The Grand March was held at the La Crosse school. Here, they announced the prom king, queen, prince, and princess. The prince was Wes Brust, and the princess was Erin O’ Connor. 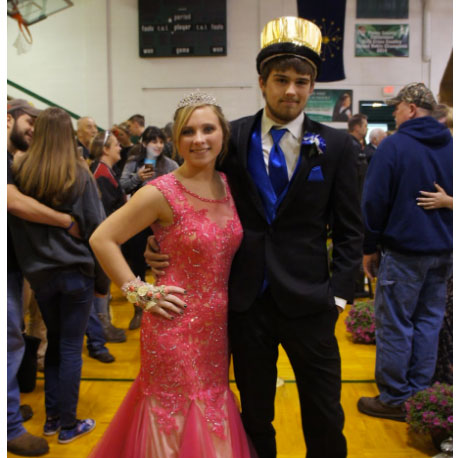 The king and queen were Wyatt Simic and Lacey Gordon. This was the first time everyone attending the prom and their parents got to see each others outfits as they walked through their march.

Later, at six, prom attendees met at the Heston Hills Hall. The entrance room featured photos in front of a gorgeous night sky. In the hall just before the main room, a framed map was used in lieu of a guestbook. At six thirty, they were all required to sit down for dinner, which was three courses of lemon chicken, mashed potatoes, steak, green beans, and bread.

The prom kept on from there, with the usual fare of songs from the DJ. People “slid to the left” for the Cupid Shuffle, and got down for the Macarena. The songs were strong and the night showed no signs of stopping. Some students even took to walking out on the terrace in the light drizzling rain, and looking over onto the ground below. The atmosphere was truly breathtaking, and mimicked a European vacation nicely. Most students stayed inside, however, as the rain started to worsen. 12 A.M hit, and the party came to a close; overall, Prom was an exprience to remember.

Senior Spotlight
Lilly King is a senior at La Crosse High School. She is extremely dedicated to her work, and is very happy that the school year is ending. For most of her school career, she is on the cheerleading squad, and lead many student based cheers.

She also played on the volleyball team, and has said that it was one of the favorite things she’d done in high school. When she’s not striving for greatness in the classroom, she enjoys hanging out with her little sister and her friends. Along with chilling out around town, she has been seen participating in the Scarecrow Queen Pageant at Wanatah’s annual Scarecrow Festival.

King is known for her leadership and work ethic.

For life after high school, she has applied to Saint Mary’s College. She’s unsure about what exactly she’s going to major for, but she is looking to do something in medical. Solely based on the way she carries herself and her work ethic, she is sure to succeed.