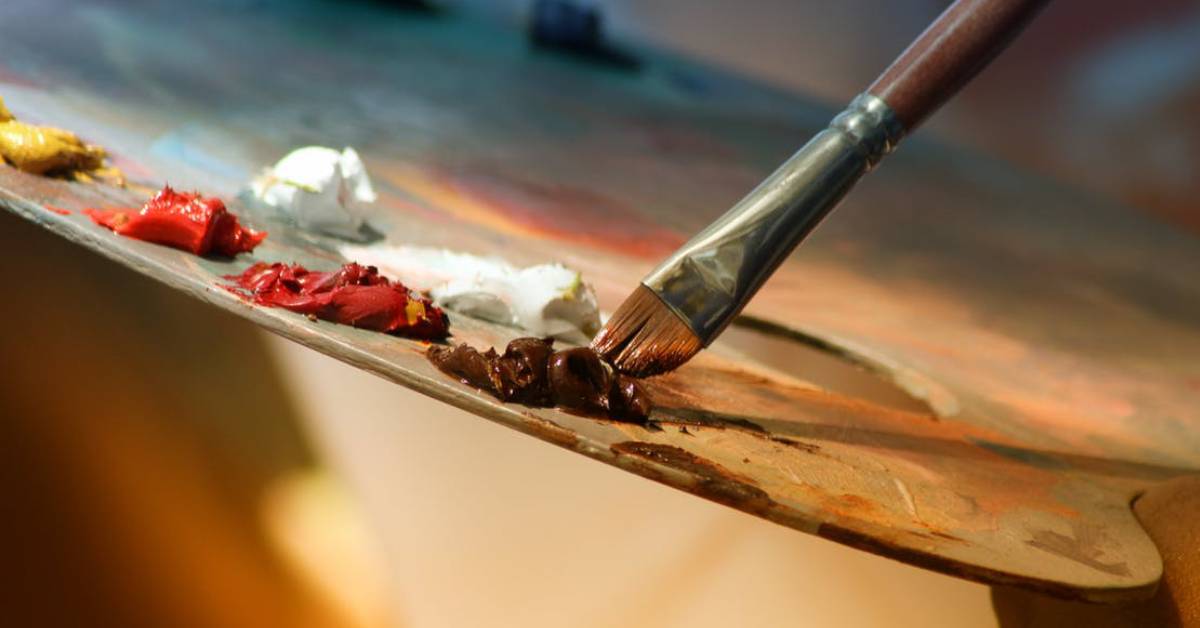 A break for the adults

Summertime is known to possess many opportunities for young adults to discover new hobbies, friends, and events. This time can also be spent merely relaxing, and enjoying a break from the usual everyday stresses of school. Although work seems to freeze for a short amount of time for students, the pressure never stops for those who are no longer in school, many of which have families of their own to care for right after completing a strenuous day of work. Adults tend to miss out on the fun when responsibilities seem to never stop piling on.

Thus, in an effort to provide some summer activity for adults in the area, the Kouts Public Library decided to host lessons in acrylic painting. The group will meet every Thursday from 11 a.m. to 1 p.m. and is open to any and all adults. There is a fee of $10, but all supplies including brushes, paint, and canvas will already be provided to those who attend. If you wish to improve upon your art skills, or maybe begin to sculpt a new hobby, the first meeting will be held on August 8th and will be taught by a certified instructor. We hope to see you there!

Safety and fun at Kouts pool

With Indiana sitting in the thicket of the summer heat, flocks of individuals are looking for a way to cool off, with many resorting to a town favorite, Pleasant Township Pool, better known by some as the Kouts pool! Hoards of families spend their summers laying beside the water and enjoying the sun while it lasts in Kouts. Some spend their time teaching their children to swim in the shallow end, while others admire as talented kids flip off the diving boards. Others can also be found snacking away on the tasty treats that can be found from the concession menu, mingling amongst friends.

What many don’t see upon first glance, are the workers that consistently guard the edges of the pool, as well as tend to the customers who are in need of sustenance or entry. A good majority of those who make up the working staff are in high school. I spoke with Lilli Houts, a soon-to-be Junior at Kouts High School, about her job at the pool. She started her position as a lifeguard this year, only having held the position steadily for a couple of months. Lilli briefly spoke about how much fun and excitement she experiences while watching the kids roam around the vicinity in search of their next adventure. She also said how the job requires individuals with intense resilience and strong-willed personalities in an effort to keep everyone safe and happy.

Usually, members of the town are more focused on high school sports and activities, but the small area’s pride can also be seen throughout the entirety of the community, regardless of age and status. Basketball, soccer, and baseball tend to be at the forefront for members of the public high school, as well as softball, where many fantastic young women work hard to succeed in their specific sport. Fortunately, Kouts provides many valuable opportunities to kids in middle school and elementary, giving these young students a platform to build their confidence and skill as they move on to higher level sports on high school and college teams.

I spoke with three of the coaches from one of the 10U softball teams, a spunky group of young girls that are learning how to play the field. Todd Griffey, Nathan Carden, and Scott Hepner have all taken on the tremendous task of coaching all 14 girls, who range between 9 and 11 years old. Near the beginning of the year, their main goal was to simply win a game; what these coaches didn’t expect, however, was for their team to go undefeated for the entire season, 13-0. The championship game though was never played, due to the fact that both of the final teams were from Kouts! The teams decided to split the championship title, and celebrated the night away. The coaches explained after the championship that they wanted to take on the task of coaching 10U because for these three coaches, it’s extremely, “important that they learn the fundamentals at an early age,” and this concept has obviously transcended across all of the coaches through Northwest Indiana who decided to teach younger children about the regulations and techniques used in softball. The girls continued to work hard and managed to prevail over and over again during the course of several weeks, showing that dedication from both the team members and the coaches pays off.

Antiques, collectibles, and more at Porkfest

As Porkfest approaches, many individuals among the community have already started to buzz with excitement. The festivities that take place in the warm air during the end of the season bringing a sense of familiarity and togetherness to those who participate. Connecting with others that have spent a majority of their life in Kouts, as well as those who are merely visiting for the end-of-summer activities, is a huge part of Porkfest itself, along with the several events, vendors, and stores that inhabit Main Street during the festival. Although many go out of their way to set up booths to sell their items, amazing treats can also be discovered inside the stores that already occupy the street.

Right across the street from 1st Source Bank is Kouts Gift Shop, a charming and quaint establishment owned by Fred Untch. Fred has owned the gift shop for twelve years now and has watched Kouts flourish into the continuously growing town that it is today. Fred originally owned a general store in Boone Grove in 1989, and in an attempt to expand his business, he moved to Kouts where he owned yet another general store for two years, closing for the second time in 1992. He was also sworn to deputy marshal for the city for five years, actively assisting the community in running smoothly and safely after closing his premises. Aside from his responsibilities as the prime caretaker of the Kouts Gift Shop, he works as a part-time landscaper and is also an active member in maintaining and collecting the original history of Kouts, continuously working to spread the word of how Kouts was founded and came to be.

If you or a loved one is searching for any knickknack or collectible, whether it be your favorite NFL team or Star Wars character, give Fred a visit on August 24th between 10 a.m. and 4 p.m., and make your adventures at this year’s Porkfest memorable!