Coming Back Home
It’s school time once again! Rush to Walmart, get your 50 cents school supplies, and hit the road to the big, beautiful, brick layout of the home you’ve come to know: Kouts High School! Starting August 17th, not only have we added two new teachers to our wonderful staff, but we’ve added new classes, as well!

Welcome to our high school faculty, science teacher Mr. Slys and history teacher Mr. Wisniewski! As for the new classes such as anatomy and earth science, welcome to you, too! Oh, and how could I forget the summer plans that were a secret until registration! We’ve been updated! Yes, that yucky, green bathroom tile has been demolished and re-done into a chic space accented with grey, gold, and white. It’s a space that any girl or guy would love to spend their times doing the daily grind.

The biggest surprise of all is a brand new cafeteria. From high and low tables to accommodate even our shortest of students, to chairs, and even to spectacular gold, black, and grey carpet, the cafeteria is fully remodeled. Did I mention we blew out a wall? A few doors were completely blown out and forgotten in a pile of rubble. The space was left as a giant opening to accentuate the space. It’s out with the old and in with the new here at Kouts High School! We wish a great year to the new teachers, new students, and the students coming back! 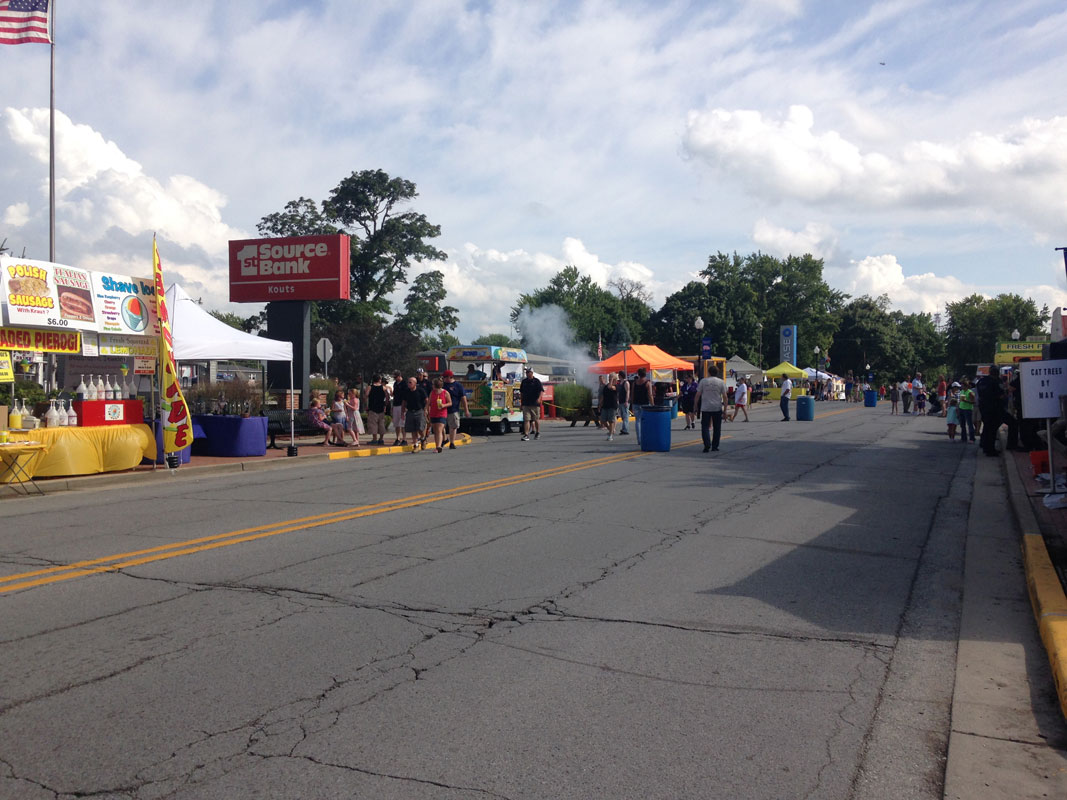 Kouts National Holiday
Once again we’ve come to the time of the year where we stuff our faces proudly with food too good to be healthy and spend money like nobody’s business because here in the tiny town of Kouts, Porkfest is a holiday. The Porkfest started off with a parade featuring the marching band, poms girls, cheerleaders, classic cars, floats, and candy sprinkled in between. That’s not it,though; there’s more to do! You can walk down main street and donate to the lovely ladies of the poms team, get your face painted, even watch a pork-eating contest, and there is even a pig. Yes, a fat pig whose weight is just dying to be guessed.

There are also giant, brightly colored inflatable bounce houses that your little kids can run, jump, and dive into, not to mention the miniature ponies that your little kiddos can also ride! Pork burgers, shakes, sundaes, curly fries, sugar candy, roasted pork, fried mushrooms, huge ice cream cones, and some juicy hot dogs are all available. You can also expect live entertainment! A stage is set up and you can hear music all day during the fest as you walk down the street. Although there was rain in the morning, the day turned into a warm 80 degrees, with the sun shining and the skies blue! All in all, the day was a success and the Porkfest was great like every other year. 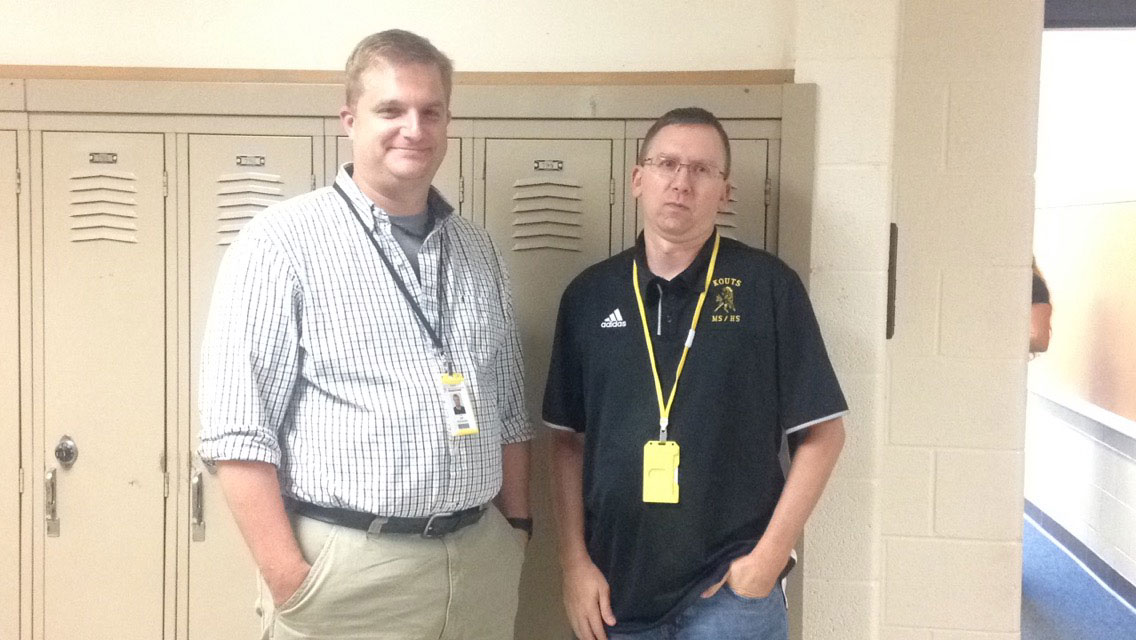 With intent of being a teacher from the get go, Mr. W eventually found himself at Indiana University where he graduated and made his way to Wisconsin. He’s been teaching ever since at Thomas Edison Jr/Sr High School. When asked why he chose Kouts, Mr. W said that he actually did some student teaching in Kouts about 19 years ago and always wanted to return if the right opportunity arose.

Once here, Mr. W loved it, feeling that everyone was very welcoming and supportive! I then went on to ask what Mr. W’s philosophy for teaching would be and he said that he always wants to make sure students get something useful out of his class, “It may be in skill development, knowledge expansion, or simply a safe place to be.”

Mr. W says that his favorite time period to teach would be the Antebellum period, a time just prior to the Civil War. He believes this is truly when America went through growing pains and he finds it ultimately fascinating! Thanks so much for interviewing with me, Mr. W, and congrats to both the teachers and their years forward teaching here at our home- Kouts High School! 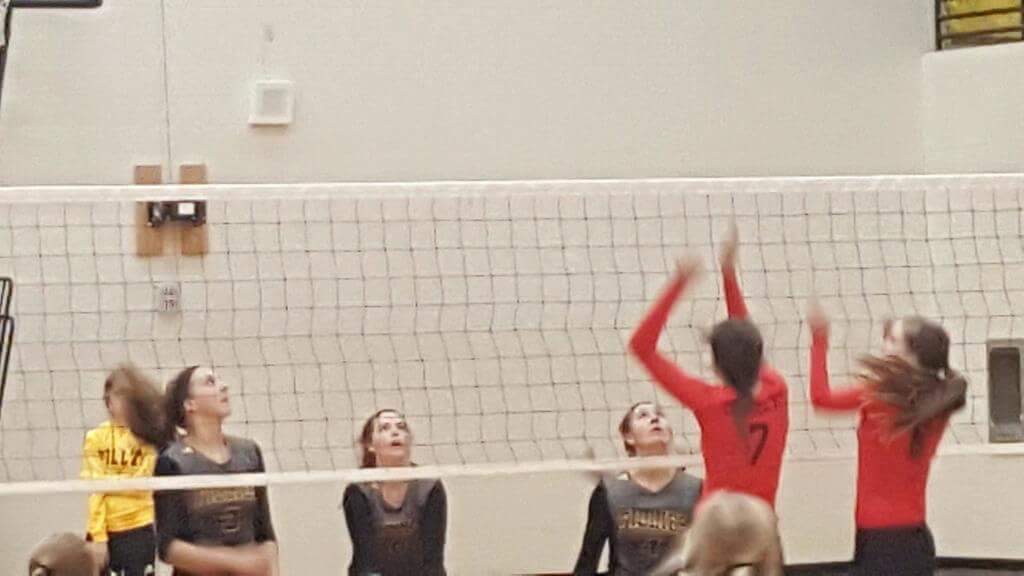 Spikes and Goals
The Volleyball girls started the year off fabulously when both teams went 3-1 and landed themselves in the championship match of the Marquette Invitational. Leading the JV team against 4A South Bend Adams team was Lauren Aguirre and Olivia Kropp. Leading the team in Varsity against 4A John Adams School was Sarah Clinton with 5 aces, Kyla Roney with 18 assists, Chloe Koedyker with 15 digs, Hannah Maier with 17 kills, and Sadie Leatherman and Meagan Farmer with 10 combined blocks!

The Volleyball girls aren’t the only ones taking in wins for Kouts. On August 22nd, the Kouts Mustangs Soccer team won against Westville six to zero! This night was a night of goals for the team, starting off with freshman Alex Gurekovich who scored his first career goal, but also added two more goals after that. Zach Bender scored his first career goal as well. Broc Kneifel added two more goals and Hunter Schultz swung in with two assists. Sam Kropp, Matthew Woodbury, and Todd Fox each added an assist. The Mustangs that night were 2-1 overall and 1-0 in league play.