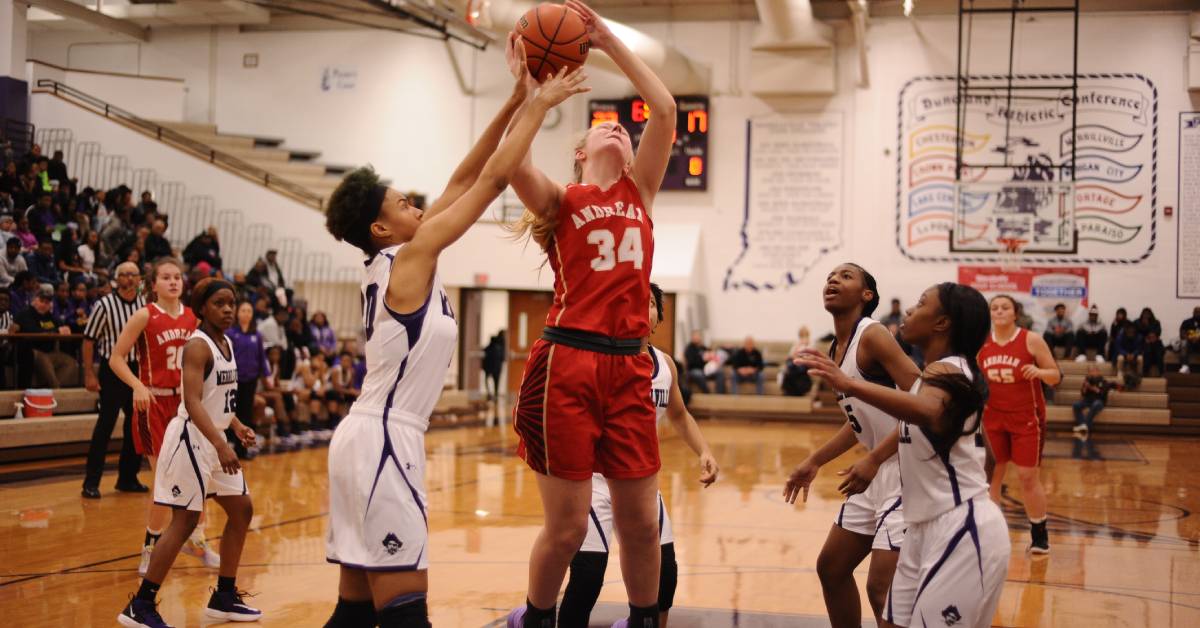 “When someone counts on me or I set my heart on something I won’t stop until it’s done or I do everything in my power to try to get it done,” Schutz said.

This is apparent in not only her basketball career, but in her everyday life.

Schutz started playing basketball at a very young age around her neighborhood.

“I would play outside with my neighbors and brothers. As the only girl I always got picked on and picked last for teams.”

This did not seem to discourage her as she began playing organized youth basketball for Lake Central in the second grade until she was old enough to play Catholic Youth Organization (CYO) basketball at her elementary school and middle school.

“It’s like a challenge with yourself. You have to push yourself mentally and also physically to be the best you possibly can for your team,” she said.

Schutz has worked very hard to be the best she can be. Before a game she reminds herself and thinks about all the people who she's playing for. She thinks about her teammates, coaches, and just everyone who is counting on her. She doesn't like to let people or herself down, so she uses that as motivation to get ready for the game ahead. She tells herself that no matter what happens she has to be the hardest worker on that court.

“At the moment I was just very happy, but after the game when I was alone it was kind of like, 'Wow. To think that out of every girl who has ever put on an Andrean uniform that I have this record and that’s pretty cool.' It is a really big accomplishment that I am very humbled to have,” she said.

During her time at Andrean Schutz has made many friends and met positive role models who have helped her become the person she is today. She says one of these people is her best friend Karli Miller, who is now a sophomore in college. She is someone Schutz has always looked up to. They played at Andrean together for two years. She taught her how to work hard and how to put everything on the line for the team. Schutz looked up to her because of how hard she worked for her team and how she treated her like a little sister.

“She is my sister for life and one of my biggest role models from basketball. She truly showed me what being selfless is,” Schutz said.

Schutz also has many other cherished memories of Andrean. Her favorite memory is winning sectionals last year versus Bishop Noll High School because winning was the best feeling in the world because they had lost to them the two years prior.

“We finally got revenge and I remember hugging my coach after the game crying because we finally beat them after so much hard work.”

Schutz has great aspirations for the future. She is currently undecided on where to go to college but she hopes to go to the University of Notre Dame. She would like to study chemistry and go into forensics. She hopes to work in a crime lab and maybe even work for the Federal Bureau of Investigation (FBI). She noted that she may end up playing in college, but at the moment, does not plan on it.

Schutz says she lives her life by a simple quote, “Be the Light.”

“It is in my room on my nightstand, on my phone, in my planner, and just serves as a constant reminder that I have the ability to be the light for everyone around me,” she said. “When you think about that it is pretty amazing. Whatever you say and do can impact someone in ways you will never know. So, I try to go through life being the light that someone else needs in their life. This starts with positivity and being kind because you never know what people are going through.”

Andrean Girls Basketball won their sectional championships. The Lady Niners have been having an amazing season and finished undefeated in their conference (5-0).