At first glance, one may not see the Region as a location with much to offer, but a group of skateboarding friends have proven otherwise.

Crown Point High School seniors Noah Cornett, Matt McConnell and Sam Surufka began skateboarding together over the summer, and they soon involved the rest of their friends in the hobby. What began as an idea over Subway sandwiches blossomed into something the group became known for.

“We always wanted to put out a product, but we didn’t really know what we wanted to do. Recently we got into skating, and we were like, ‘Let’s just make something out of it.’ So we just kind of threw ourselves out there,” McConnell said. 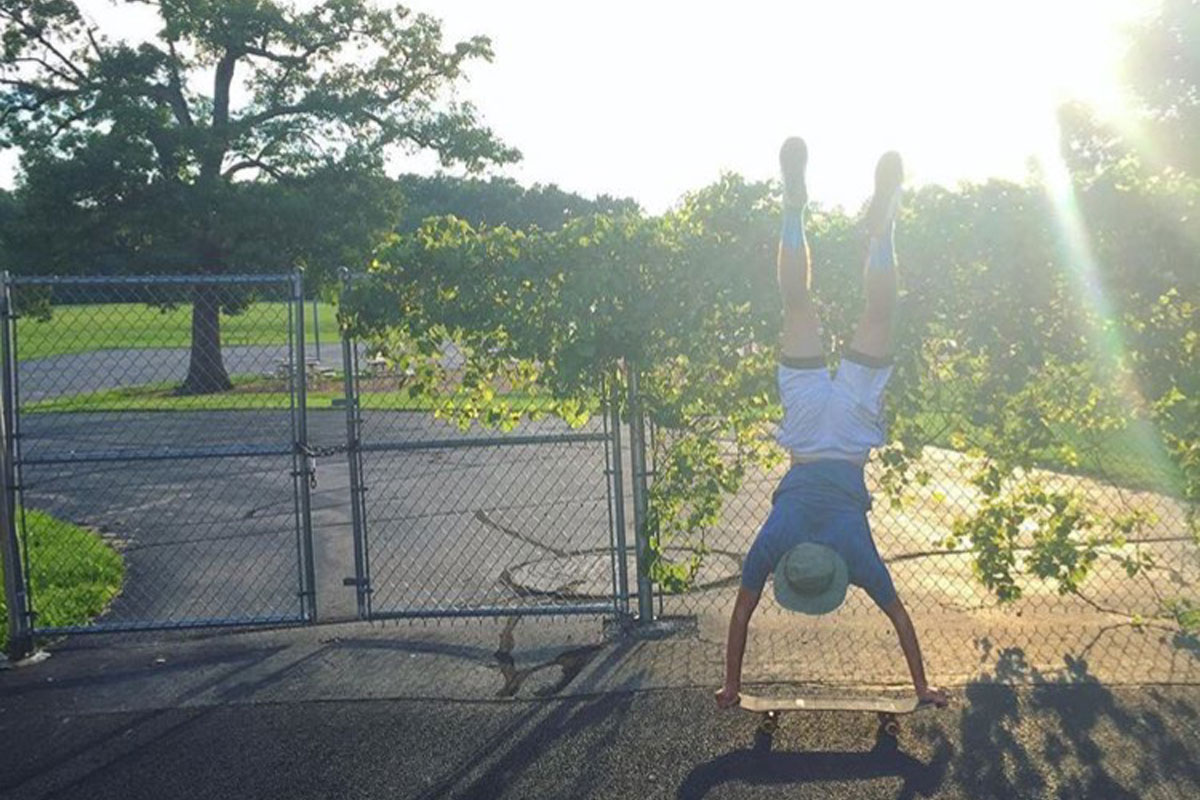 “It’s just a group of a bunch of friends who aren’t really that talented at skating but just like to skate around and have a good time. We go to the skatepark, and none of us really know how to do any cool stuff, but we still go there,” Cornett said. “It’s a whole lot of fun. It’s just a group of people who pretend that they can skate.”

While McConnell, Niewiadomski and Surufka were taking a lunch break in Fat Burrito, they thought to escalate SBW’s online presence, and the vlogs, more commonly known as Bolts, were created.

“The videos are all kind of broken down into different segments. Sometimes that can vary from eating, skating at the skate park or skating at a different street spot. We kind of try to plan that out before [filming], but usually it’s kind of just off the top [of our heads],” McConnell said.

The filler segments are when the stupid stuff happens, according to Surufka. Moments like their Walgreens stops and car rides to new locations are what enables the videos to showcase the boys’ friendship and personalities.

“On the way to all the stuff that we plan out is when we do stupid stuff. It’s when we do the embarrassing, sometimes painful, stuff that just fills in the gaps, like laying down on the board and riding past old people when they stare at you,” Surufka said. 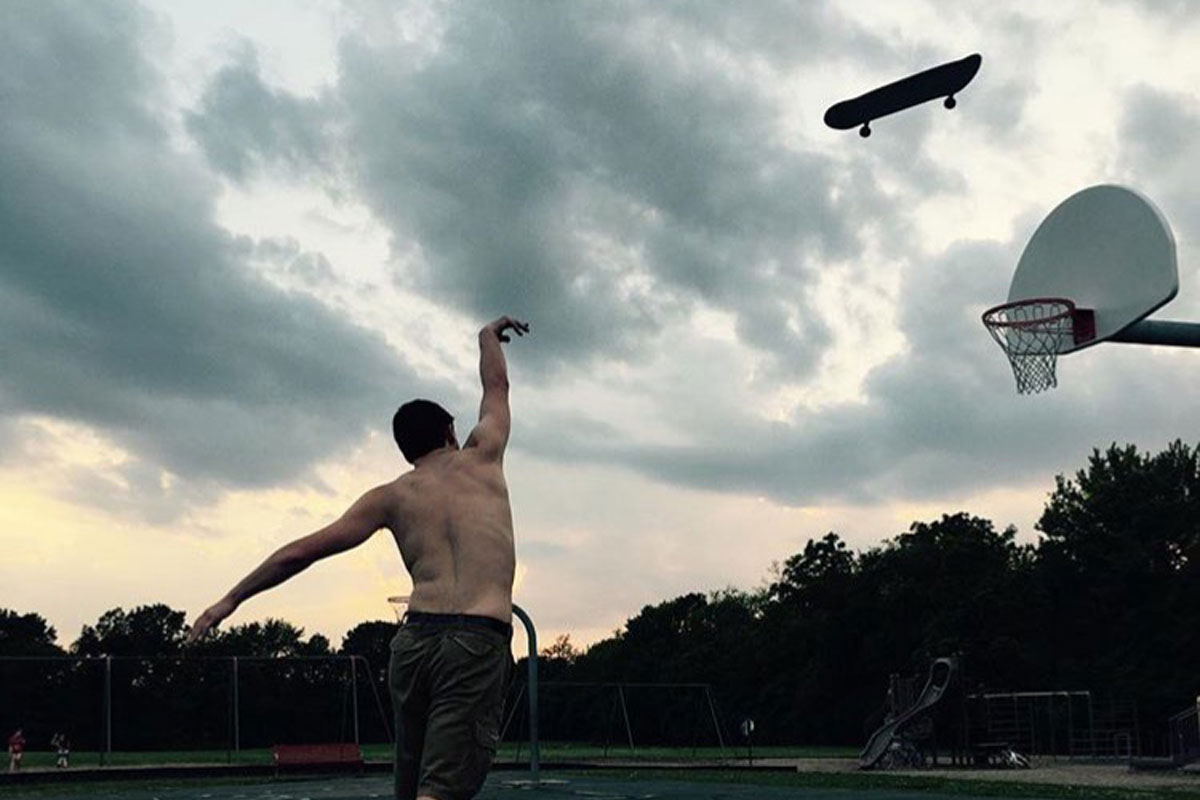 The group typically skates in various locations around Crown Point, but when they desire something new, they make their way around the Region, like the Southlake Mall or Valparaiso. No matter the location, the boys find new ways to showcase their skills in any form of wheeled transportation.

“I’ve jumped into bushes, ran a shopping cart off a curb into a ditch, and I’ve also jumped in a wheelbarrow off of a little hill,” McConnell said. “It fills in the gaps and makes it flow better in videos.”

No matter the location or mode of transport, it’s always an enjoyable experience for Cornett.

McConnell believes that SBW has been a way to strengthen the pre-existing friendships of those involved. It has also provided a positive image for the group.

The recognition the group receives encourages them to continue creating content and better their skills. 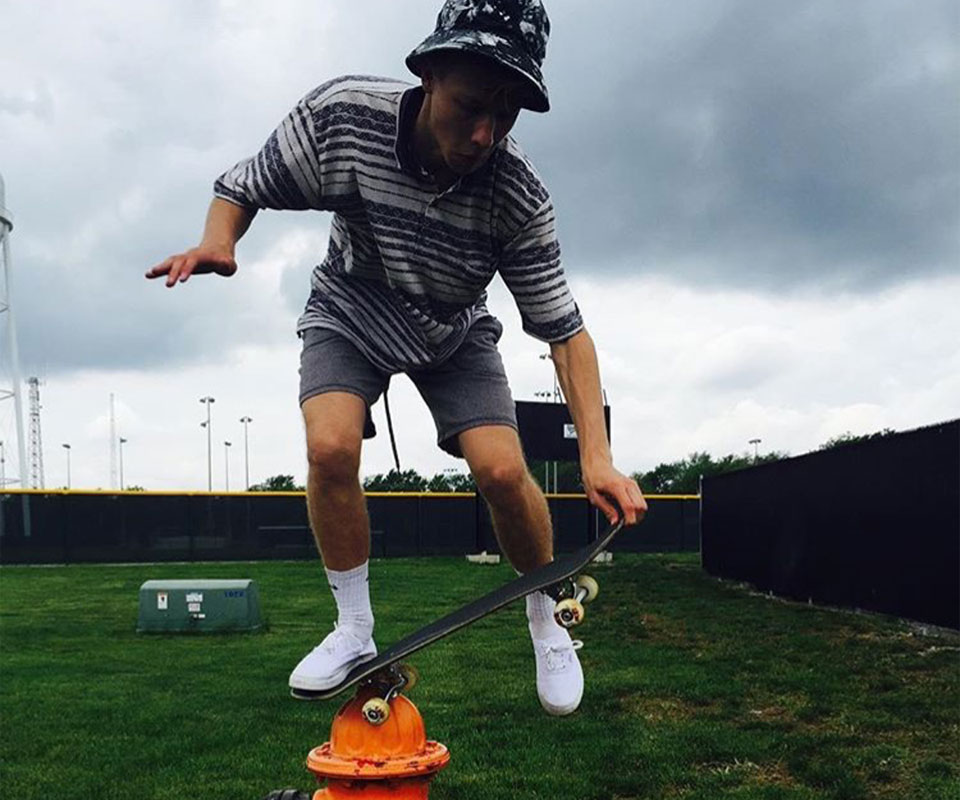 “Skating was just another hobby. We always bounce around from other stuff, and we thought, ‘Let’s try to get good at this.’ SBW gives me something to do and it’s an excuse to jack around with my best buds,” Surufka said. “It’s really humbling to see people like our stuff and compliment us as a whole.”

Sometimes the compliments accompany requests to skate with the group. These requests soon turn into SBW joining others in their vlogs and expanding the group. Overall, Cornett views the vlogs as an opportunity to entertain those who view their content.

“Initially, SBW was about our friend group going out and having a good time. Our goal now is not only to have a good time with friends, but to also entertain others through our awful skating abilities and humor,” Cornett said. “I think we all agree that people enjoy watching us because we are kind of funny and our skating abilities adds to the humor of the vlogs.”

For McConnell, SBW has become an outlet for something he has been passionate about since childhood: creating content for others to enjoy.

“I’ve always has that desire to create something that people enjoy. When I was really young, I used to make plays in my basement with my sisters, and we’d invite the neighbors over to see it. I’d make movies with Sam throughout elementary school, and we’d have so much fun doing it,” McConnell said. “We’d generally keep our videos to ourselves, but SBW was our first project to where we actually put it out there for others to see. It has been amazing to watch something that I have made grow into something bigger than I could’ve thought, and that's what I want to be able to do for the rest of my life.”