Inside Ingot Athletics
A known thing that River Forest High School has been able to prove in the last few years is how strong of an athletic program a small school can really have. The athletes from the small town have given some of the best a run for their money and even taken them down. You can never count River Forest out of the running because their athletes are known to battle until the end.

River Forest is already preparing for another strong fall sports season. Pre-season has officially begun and the first competition is approaching in less than a week.

One of the most important training tactics used for high schools across Northwest Indiana is simply getting experience against other schools to develop team chemistry.

Football has been working hard every summer morning and had 5 scrimmages during the summer vacation. These scrimmages were against East Chicago Central, Hammond-Gavit, North Newton, Hanover Central, and Highland.

“There aren’t any scores to these scrimmages. We were just getting experience with different schools so we can better recognize plays on defense and perform better on offense. It’s about getting better as a team and preparing for the season,” senior, Allen Evans stated.

Football will officially kick off their season on August 18th at Wheeler High School for week one of high school football throughout Northwest Indiana.

Volleyball also wrapped up summer league play at the end of July. The Ingots started to come together as a team and put up some impressive fights against tough teams. They also came out with some honorable victories. The team was able to pull through against Wheeler, Marquette, Lowell, Kouts, and only dropped to Hobart by 2 points. The team also played against Chesterton, Morgan Township, and Washington Township. Boone Grove was also in the league but never came across River Forest during the 5 weeks of play.

“Putting our strong bond and skills together should make for an unstoppable combination on the court. No matter what our record says at the end of the season, I just love being able to play next to the girls I first started [playing] the game with and making lifetime memories with them,” junior, Ariana Nieves stated.

Volleyball will be the first to get into the regular season with a game on August 14th at Oregon-Davis.

The last sport in the mix of fall athletics is cross country and they have been working just as hard. Although cross country doesn't have scrimmages to prepare for the season the team still runs constantly throughout the neighborhood preparing for the 3.1 mile course.

The Cross Country season will kick off at the end of the month. On August 22nd they will take the short ride over to Lake Station for a tri-meet against Edison and Clark. 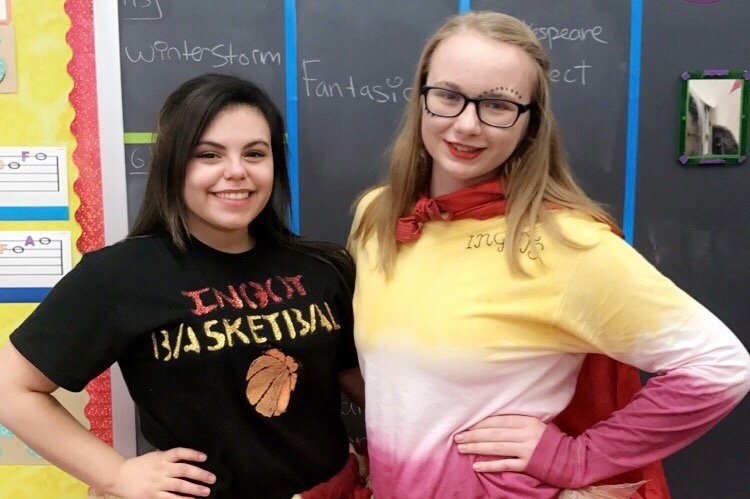 Young Photographers Unite All Ingots
Two River Forest students have started making a huge impact throughout the community and nearly everyone around has noticed at least one of their shots floating around on Facebook. Lexie Espinoza and Hailey Bianco have created their own non-profit sports production business and have managed it since late 2016. Espinoza and Bianco are two juniors at River Forest, both only sixteen years old, and they have already created a well-known name throughout the community.

H&L Productions originated after Bianco teamed up with her good friend, Espinoza. Now you can find at least one of them getting pictures of the action at almost every sporting event. The two girls specialize in photography but both have a hand in video productions as well. You can also expect a huge expansion coming this school year, they’re really hoping to take H&L Productions to the next level and present River Forest athletics to the community like never before.

“[My favorite part is] being able to capture a once in a lifetime moment in the blink of an eye and doing it with one of my best friends,” Espinoza stated.

Apart from running the entire operation by themselves, they are also both involved in Ingot athletics and other programs throughout the school. Between the two of them, they have been involved in volleyball, softball, cheerleading, auxiliary, band, choir, theater arts, school newspaper, FCCLA, student council, and National Honor Society.

Whenever they are out at a game with their camera, they are recognized by the athletes, parents, and alumni. Around the small town of New Chicago, everyone has come to know the name H&L Productions. 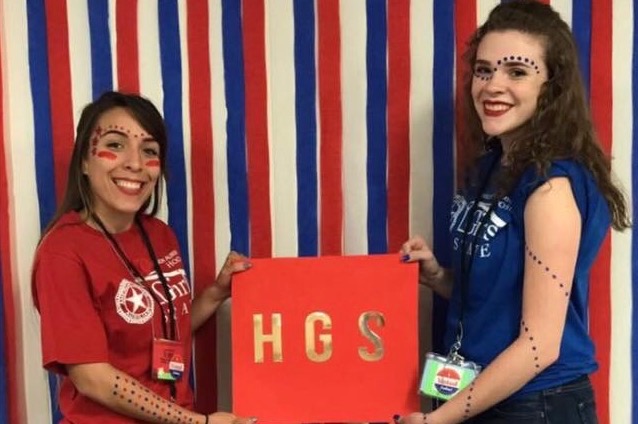 Student Shoutout
Ariana Martinez is one of the most involved students out of the entire senior class. She is involved with the cheer, cross country, and track teams. Apart from sports, she is an active member in the National Honor Society, student council, and student athlete leadership team.

“It is only my third year at River Forest but I love how welcoming it has been. I really enjoy being able to get involved and create bonds with just about everyone, they just sort of take you in with an open mind and arms,” Martinez said.

In her free time, Martinez still has her hands in just about everything happening at school.

“When I’m not crying over my AP classes I am helping organize events that are brought to the school,” Martinez stated.

After graduation Martinez hopes to go to college somewhere outside of Indiana. Her future career plans are still uncertain but may consist of either becoming a pharmacist or a more hands on career with animals. 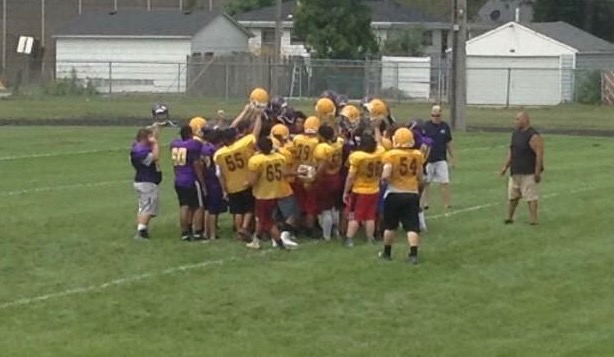