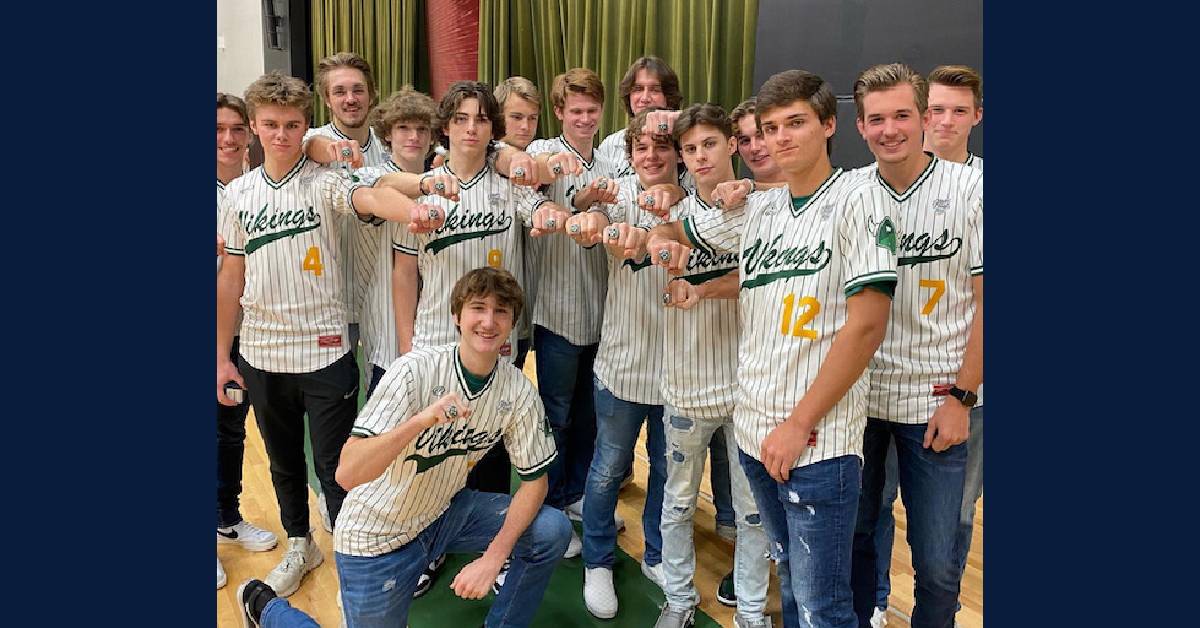 Illiana Christian High School has started 2023 off strong. Illiana came back from Christmas break on Tuesday, January 3. The school also had its exam dates on the 11th, 12th, and 13th of the month.

On January 19, a group of selected students headed to Washington D.C by bus for three days in order to participate in the national March for Life.

Illiana also hosted its annual blood drive which is organized by the student council.

The school also had its ring ceremony for the Varsity Boys Baseball team of last year, celebrating the boys and coaching staff for becoming state champions in the 2A division.

The school hosted its first ever Reindeer Run, which was put together in order to help raise money for additional buildings to the school, also known as “Phase Two."

Illiana recently conducted voting for the next Mr. and Ms. Illiana. The tradition is long lived in the Illiana community. To start, 20 seniors, 10 boys and 10 girls are voted by their class. After this, freshmen sophomores, juniors, and seniors must vote on five girls and five boys to participate in what is known as court.

Illiana has additionally welcomed multiple transfer students at the start of the new year, with many coming at the beginning of the new semester.

The auditions for the spring musical “The Lion King'' have concluded and practices have begun for the show's debut, which should take place during the early days of March.

Illiana will also host its annual homecoming basketball game on Friday, February 10. Since Illiana does not have a football team, the homecoming game takes place during the Boys Varsity Basketball season, and this game will feature the announcement and crowning of Mr. and Ms. Illiana. Alumni and parents will have the opportunity to come back for a dinner prior to the game and have a meet and greet with students on court as well as watch the game.

Illiana will also host its homecoming dance on Saturday, February 11.

Finally, Illiana will reach the middle of its third quarter on Tuesday February 14, which is also Valentine’s Day.

Mary Lagerwey has been a part-time Comparative Religions and Foundational Bible teacher at Illiana for over 25 years. She started teaching with her husband Rob Lagerwey, a math teacher, when they both realized that Illiana seemed to fit perfectly with the lives that they wanted: a school who was offering two part-time positions to a math and Bible teacher.

“It wasn't like we were leaving a bad situation or that we just needed to get out of anywhere. It just seemed like God opened so many doors for us to be here, and we kept pursuing it, and He never seemed to close any doors for us," Lagerwey said.

Being at Illiana has had such a strong, positive impact on her life and underlines what this community has meant to her.

This year is the last year that both Lagerweys will teach, as they will be retiring this year.

Audrey Girolimon has spent her four years of high school heavily involved in the Illiana community. She has been a part of the student council for three years, Junior Varsity (JV) Tennis for three years, and Illiana Varsity Cheer for four years, where she is also the Viking Council Leader (VLC) for the cheer team.

Something that makes the cheer team so special is the family aspect and the way the team operates, and how they interact with each other is something you’re not likely to find anywhere else.

“I feel like Illiana really equips you spiritually and academically for college," Girolimon said. "I've heard a lot of people who have graduated say that Illiana has equipped them to move forward, so I'm excited to see about that. I think that Illiana’s academic and spiritual practices will make me more equipped.”

Girolimon said that she will definitely take the leadership skills that Illiana provided her with, and she emphasizes how grateful she is for all of the opportunities that she's had to be involved in the community, and all the things she has learned.