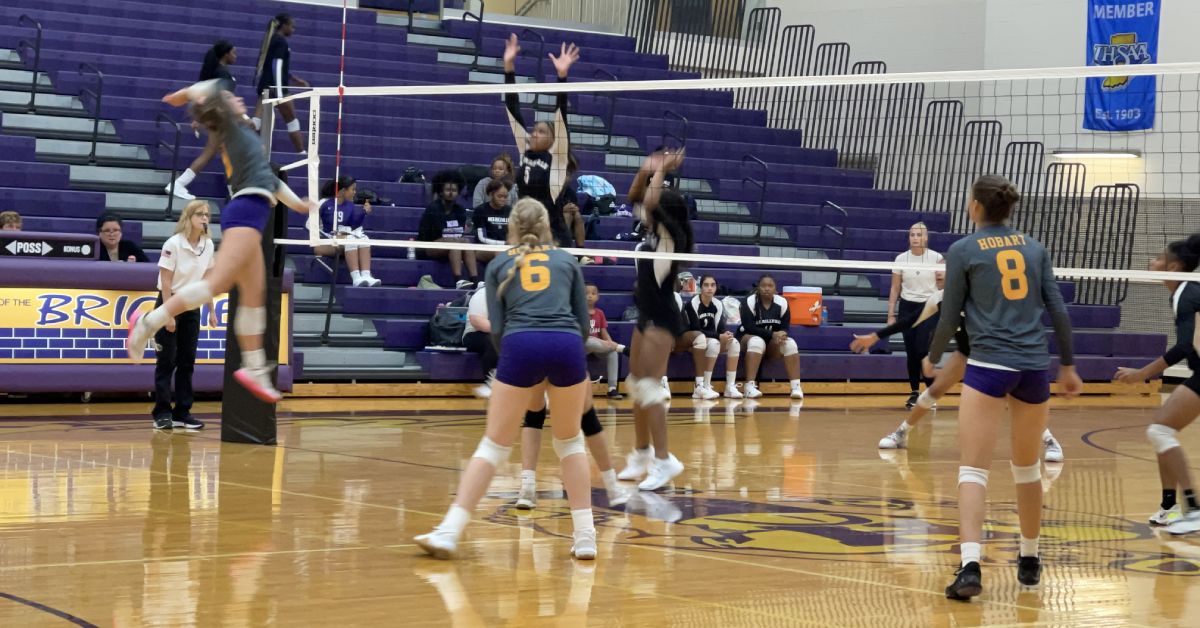 The school year has just begun; however, Hobart High School is busier than ever with all the sports that are going on.

Many fall sports are in play including volleyball, football, boys and girls soccer, tennis, and cross country.

Sports play a very big role in many students' lives, especially right now because the school year just started so the workload is low. Students can focus a bit more on sports as of right now.

Even though sports take a huge part in students' lives, they aren’t the entire focus.

Homecoming is one of the biggest events in high school. It creates memories upon memories that are like no other.

From getting asked to the dance, going to the game, and getting all dressed up with friends -- it is just truly an unforgettable time.

Homecoming court nominations have already started. For homecoming, students can nominate themselves. The voting begins on September 12, 2022.

In the past, Dukes and Duchesses positions were offered to sophomores and freshmen. However, recently, only prince, princess, king, and queen positions are offered to juniors and seniors.

The theme for homecoming this year is “Dancing Under the Stars.” It is unsure whether the dance will be inside or on the football field to actually dance under the stars.

The Monday before the game is when the homecoming parade will take place.

After the parade is the powder puff football game which is junior vs senior girls.

It is very important to dress up because for the a “battle of the classes” which is where the seniors and juniors go against each other, and the sophomores and freshmen face each other to see who has the most school spirit. Whatever class has the most spirit wins.

During spirit week, many pep rallies are being held. One of the pep rallies is a student vs. faculty athletic game. In the previous year it was a basketball game, this year it is a volleyball game! There is also going to be a dodgeball tournament pep rally hosted.

Some super exciting events are planned for this year’s homecoming thanks to the wonderful student council and student body.

English Teacher Madeline Bartsch recently got engaged to her fiancé in March of 2022 and she will be getting married in June of 2022.

She has a dog named Fitzgerald who she absolutely adores. She talks about him at least once every class period.

Her favorite pastimes include knitting, sewing, and scrapbooking. She loves crafting and spends the majority of her summer creating decorations for her wedding.

Bartsch is most well-known for her comforting classroom setting where you can be your own advocate, which is something Bartsch feels very passionate about.

Another philosophy of Bartsch’s is “Stop. Analyze. Adjust," which explains a thought process that she has when things begin to get overwhelming. She explained that there are two circles. One circle is bigger than the other with the smaller one inside of it. The bigger circle represents all of the things you cannot control. The smaller one represents the things you can do.

By stopping what you’re doing, analyzing the situation, and adjusting to it, you can make better and more informed decisions rather than reactive decisions that you could possibly regret.

Making these better decisions can cause less anxiety because you know that you made the best decision you could have made, given the resources and time you got to think about it.

Last year (sophomore year) Cruz was elected as president of the Junior Class president for his junior year.

Being in the student council, Cruz helps make major decisions for the school, especially, the junior class.

He helps make decisions for homecoming and prom. The student council also hopes to add a ‘Fall-Fest’ to the mix of events.

He is in football along with many of his friends.

He is also running for homecoming prince.

Cruz also does very well in school and has a 4.3 GPA.

If you were to ask anyone in our school, they would probably say that Cruz is one of the nicest kids you have ever met. He makes everyone laugh and feel comfortable no matter the situation. This is helpful for days like the first day of school when everyone is nervous and uncomfortable.

Even Bartsch said that when he enters the room the energy of everyone is lifted.

Cruz is involved in many activities but does a great job of balancing his school, football, and personal life.

“My advice for students to be successful would be to have really good time management, especially if you are a student-athlete," he said.