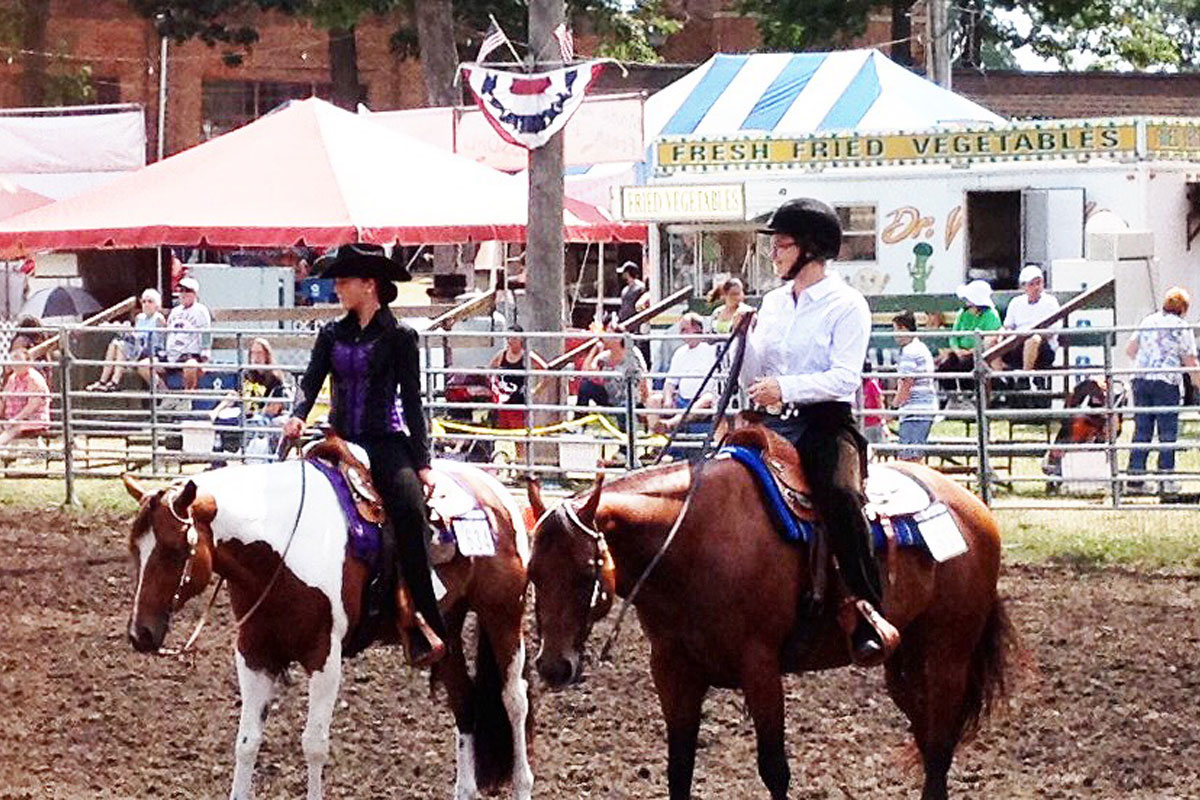 Many young girls dream of princesses, tea parties and ponies. While most are content with princess costumes and plastic tea pots, a rocking horse simply cannot replace the real thing. Unlike most, Jaycee Hopper, a senior at Crown Point High School, was given all she could ask for and more.

“My dad had a friend who had horses. There was this philly, which is a baby girl horse, and I just thought she was really pretty and nice. She wasn’t even a year old yet, and she would always come up to me when we would go over there. One day, the guy talked to my dad and asked him if we would be interested in buying a horse,” Hopper said.

“My dad was saying, ‘No because we don’t know if she’ll keep up with this commitment.’They didn’t know how long I was going to keep up with actually riding horses. I overheard them talking about it. I said that I really liked what I was doing, and I wanted to keep up with it. I promised if they got me that horse, that I wouldn’t give up on it.”

And Hopper has kept the promise ever since. Her parents bought her the horse for her ninth birthday, and she has been training and riding with Ginger, a tri-colored bay tobiano, ever since.

“In the winter, I try to ride at least twice a week. It’s harder with school to get down there all the time because she stays at my trainer’s barn, and it’s about 40 minutes away from my house. It’s harder during school, but in the summer I ride pretty much every day,” Hopper said.

The time Hopper has spent with her horse has given her time to bond with Ginger and train for the various shows they compete in.

“I like that my horse has a personality, and she’s not just an object that I use to show. I actually have a relationship with her opposed to just prancing around a show arena just to show,” Hopper said. 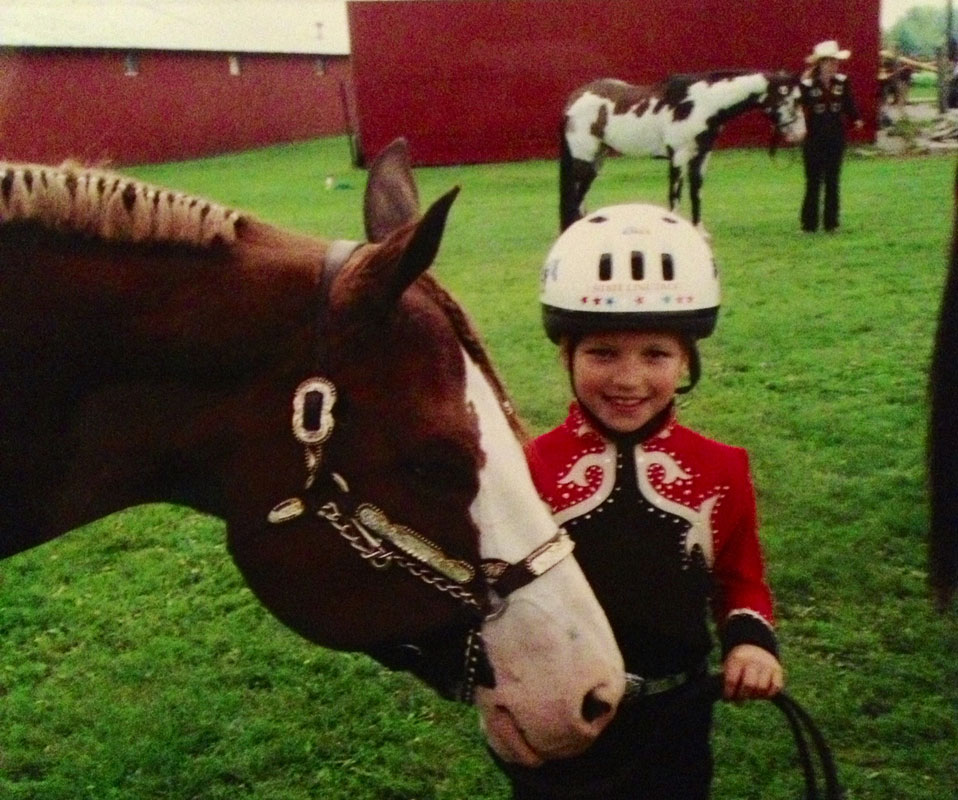 Hopper travels throughout Northwest Indiana as well as various parts of Illinois in order to compete in shows. While most of her shows are local, she still stays near her horse for the overnight shows, such as the Lake County Fair.

“If we go to an over night show I stay in the trailer. It does have air conditioning, so that’s great. You don’t need much other than air conditioning and a bed,” Hopper said.

“I prefer not to [go home]. I don’t like leaving Ginger places, and it’s easier because we have really late nights and then you have to get up really early to feed and get ready for the show.”

Like the Olympics, horse shows incorporate various events in which participants can compete in. Hopper shows in hand events where she guides her horse by hand instead of riding, such as showmanship and halter. She also competes in under saddle classes such as horsemanship and equitation which are both showmanship while riding the horse in a Western and English saddle respectively. While Hopper competes in many classes throughout the shows, her favorite is shankless showmanship.

“[Shankless showmanship] is when you’re doing showmanship without a chain. Normally you’d have a chain under their jaw with a lead rope just so you’d have contact with the horse, but without them you don’t touch your horse at all. You don't have any way to make corrections, so they’re just going off of your body position and your overall relationship with them,” Hopper said.

“I really like doing that because first, it’s a lot of fun, and second, it shows the bond that you have with your horse. She’ll follow you and do what you ask without necessarily having anything to ask her with.”

Though Hopper competes in various shows throughout the end of April to the beginning of October, she still cherishes the quality time she is able to spend with her horse through trail riding. This is when one simply rides in the woods or pasture without keeping the rules of a competition in mind.

“I always practice where I have to show in an arena under a judge, but trail riding is just for fun. You don’t have to worry about keeping a super low headset or keeping her really slow and all put together, so it’s more fun,” Hopper said. 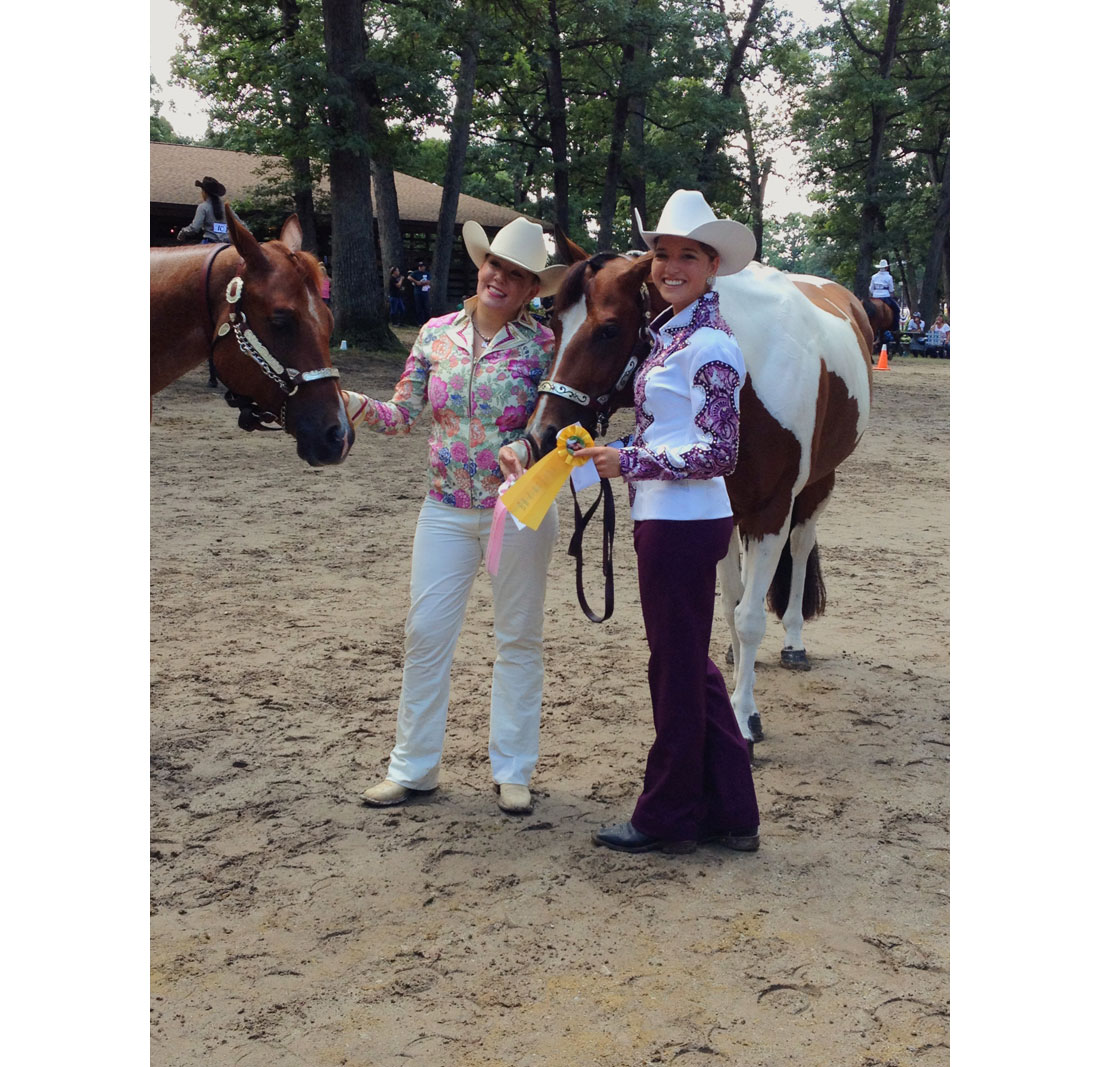 “I’m one of the co-editors-in-chief of our yearbook. In the summer we have productions for yearbook which can overlap with show dates and just time I need to ride my horse and sometimes it’s hard to balance it during the school year,” Hopper said.

Hopper believes that riding has built her character to enable her to be a leader as well as providing her with a platform to make lasting friendships.

“Riding has taught me a lot. It’s taught me about discipline, commitment and just life skills that are taken for granted these days,” Hopper said.

Even though riding has become such a large part of her identity, Hopper tends not to share the fact with others, so much so many people don’t even know she owns a horse.

“I try so hard on the first day of school whenever they say state your name and a fun fact about you to never say that I have a horse or that I show horses,” Hopper said. “That is my life, so I don’t view it as a unique thing about me. It’s something that I’ve always done.”