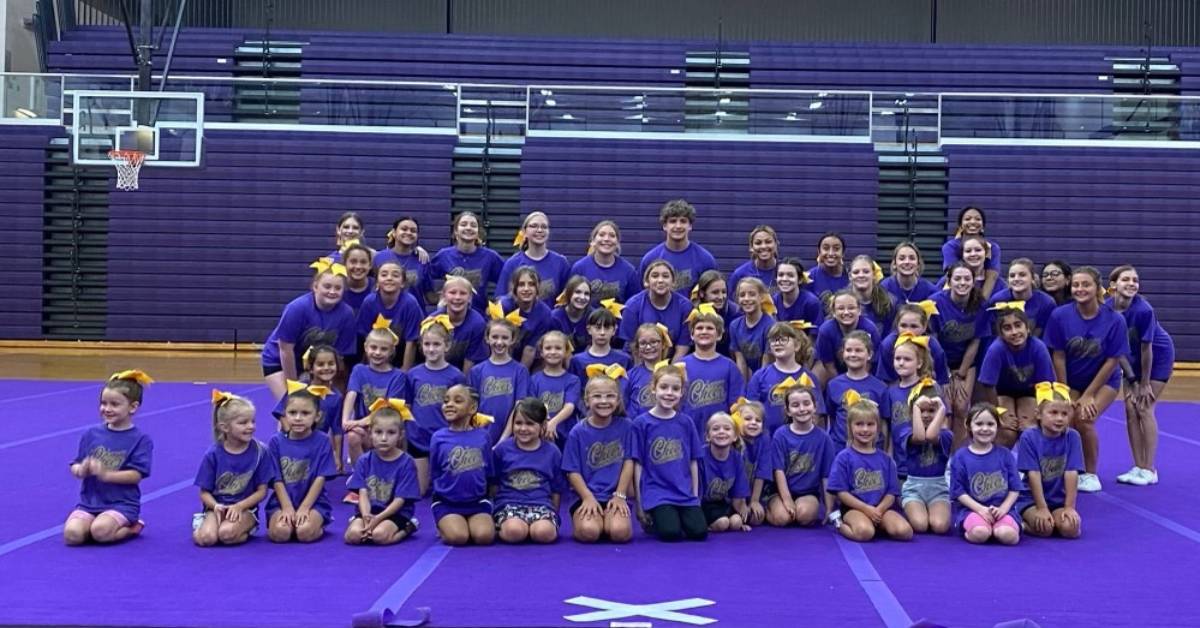 Many sports started summer conditioning and practices to stay in touch with the sport that an individual participates in.

However, many sports create “kids camps” for little Brickies to attend. The camps are created by the players of the sport and their coaches. So far, there have been volleyball, track, diving, cheer, and basketball camps.

These camps usually allow kindergartners through eighth graders to take part. They often last for around two hours for three consecutive days. This gives the children the rest of the day to spend time with family and friends.

Hobart tries their best to incorporate activities for everyone in the city.

The sports camps in particular focus on the younger generation that lives in Hobart. They allow children to be active, make new friends, and try something new.

Being active in the summertime is not hard for most kids, but just by having your kid go to these activities, they can be energetic for a good portion of time! These camps are not difficult and push them to work in a social setting with others and to build motor skills.

One of the most important aspects of the camps is that the children get to make new friends. While some kids already know some of the others, the kids are usually split up into smaller groups or individually to get more one-on-one attention from camp leaders. Either way, kids are eventually going to partner with someone they may know. This provides the opportunity to get out of their comfort zone a tad and meet new people.

Sports camps allow kids to try something for a couple of days which helps them decide if they like the sport or not and want to continue it. Some kids even come year after year because they enjoy the camps so much.

Last but not least, the kid's camps let kids be kids and have fun in a huge gymnasium. Kids can run around and let loose for a fun day at camp.

All of these aspects are included just by going to a sports camp.

Of course, school is right around the corner, and for many neighboring cities, school has already started! But before school is in session, appreciate what fun events are coming up in Hobart!

First up, the first annual Lake George Catfishing Tournament begins on August 12 and through August 13. It lasts for twenty-four hours! Anyone can apply and join in on the fishing fun.

Need to relax for one last time before the stress of school rolls in? On August 17, Montego Bay Grille is hosting a “Tropical Toucan” painting event that can relieve the upcoming pressure school can bring.

Lastly, for the summertime activities Hobart conducts is Lakefront Festival. While the summer market happens often, this one is a little different.

This summer market is the last one until next summer. In hopes of a last hurrah, this festival lasts for four days! Usually, the fest is on Thursday every week during the summer. Which is only one day of the week.

To sum it all up, the fest will consist of all of what the market usually does and more.

Plus, the hours are even later than the regular hours of the market. They are 2 p.m. through 12 a.m..

Almost nothing can top this four-day-long event to say goodbye to summer.

Brian Carroll is a new addition to the Hobart community. He was hired at Hobart High School as a JROTC instructor.

Before being a JROTC instructor, Carroll spent 20 years in the army before he retired in 2020. While in the military, Carroll was stationed in Hawaii, Missouri, Iraq, and Saudi Arabia. He also worked his way up the ranks and is now Major Carroll. While in the service, he went to college where he earned many degrees.

After being in the military he decided to become a teacher. He became a physical education teacher at Hammond Academy of Science and Technology. HAST, for short.

He applied for the JROTC instructor position at Hobart High School to bring aspects of his life together: teaching and the army.

Another add-on to working at Hobart High School is that two of his kids go to HHS. He has five kids and is married to Michelle Lipton-Carroll.

Aside from this general knowledge of Major Carroll, he prides himself on his sense of humor and ability to look on the bright side. He pushes everyone to do their personal best and to simply have fun.

His hobbies include fishing, boating, sports, building things around the house, and, of course, spending time with family. He also loves his bright orange jeep gladiator.

Carroll said he is so excited about what this school year has to bring and cannot wait to get into the classroom and meet the students.