TEDx Hobart High School
Hobart High School’s TEDx club has been in the process of making something amazing happen: their very own TEDx Talk event. The HHS TEDx event will feature a combination of TEDTalks videos and live speakers meant to spark deep discussion and connection in an intimate group setting.

HHS psychology teacher, Mr. Ramos is the organizer of the club and community event, and has had his select group of students in charge of planning, fundraising, and getting the word out to the community about TEDxHobartHighSchool.

Various influential and inspiring speakers will be taking the stage at the event, to speak on personal experiences, stories and the meaning and depths of ‘Generation Z’.

“So what is Generation Z?” is a frequently asked question of members of the community, and the purpose of this event is to explain this and go into depth of the capabilities of today’s generation. 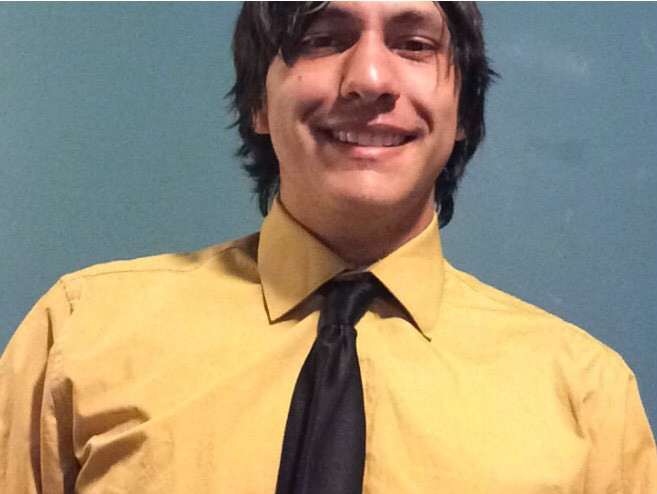 Junior student and committee member, Nadia Polizotto stated “Above all else, Generation Z is driven by the sharing of information on the internet. Whether it be videos on YouTube, pictures on instagram, or trending hashtags on twitter, our generation is fixated on constantly being updated on what's happening all over the world. Our TEDx event allows our team of students and teachers to convey the key similarities and differences between generations while defining the fundamental connections between us all.”

Hobart TEDx will be taking place May 20, and including speakers who are members of the Hobart and HHS community, alongside public speakers and some who are already familiar with the TEDx speaking experience. HHS seniors, Damon Modglin and Melanie Koch are both In addition to these well-spoken students, other valuable voices that will be present include Andrew Mancini, Sara Mclnerney, Nathaniel A. Turner, and James Officer. Learn more about these speakers at https://www.tedxhobarthighschool.com/speakers-1/

Ticket prices have been reduced to $10 for HHS students, $20 for School City of Hobart staff, $25 for non-community member students and community member tickets are $50. Tickets include breakfast, lunch and admission into the event. Check-in to TEDxHobartHighSchool will begin at 9AM with breakfast being served. The event will begin promptly at 10AM.

Purchase tickets and get more information on this event at the TEDxHobartHighSchool homepage: https://www.tedxhobarthighschool.com/ 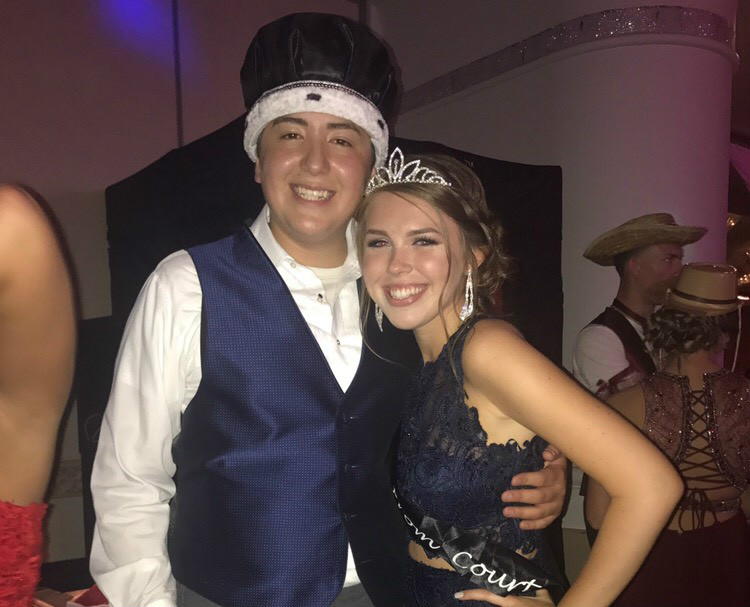 Prom Recap
The months leading up to April meant for nonstop talk of dresses, makeup, hair, and plans. Spring is awaited by many Brickies, and high school students around the country for the elegance and fun that is prom.

In HHS’ case, prom was held April 29, at the Duneland Falls Banquet Hall in Chesterton, with the “Alice in Wonderland” theme of An Elegant Wonderland. Prom was organized and planned out by the Junior class, with the help of teachers Mrs. Krieg and Mrs. Slough. Funding prom was a big task to take on- the junior girls sold ring pops at football games throughout the season, and hosted a pancake breakfast that had a great turnout.

Junior student involved in prom planning, Maddy Palichuk stated “Being involved in prom planning like fundraisers and being able to have a hand in picking the theme and everything in between made my junior prom even more fun. It’s a super awesome feeling to put something together and see how much your classmates enjoy the outcome. Hard work goes a long way.”

To kick of the night, the Grand March took place in the Hobart HS field house, starting at 4:30 P.M and going till 5:30. Couples paraded down the track in their beautiful attire as the community, family, and friends of each applauded and took photos. Here, the Prom Court received their sashes. 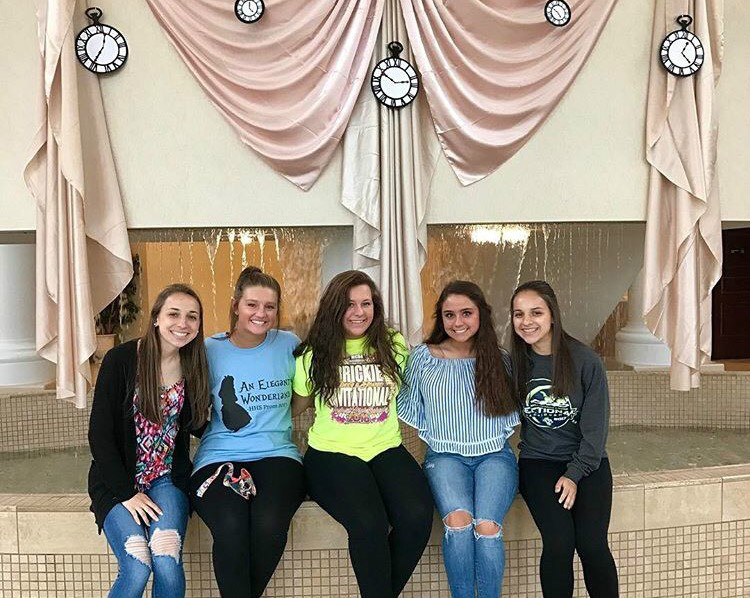 Following the Grand March, the prom attendees filed into the venue. Prom went from 6PM til midnight, which meant hours of photobooth fun, dancing, and enough time for food and drink breaks after hitting the Cupid Shuffle. The usual High School rap beats were a staple on the dance floor, with fun additions of Spanish music, slow dances and more. The dance floor was packed, front to back; everyone was really in the Prom spirit.

Nearing 11, the court winners were announced as follows: Couple Skyler Sherwood and Gerardo Lozano as prince and princess, and Adela Coy and Jovanni Olavarria as king and queen. The crowns were placed on their heads, and the music and dancing resumed.

Prom is the final fun memory of the school year for most high students, and for seniors, a last ‘hoorah’ of their high school career. With this being said, HHS 2017 Prom was a success.