“The Sound of Music” Succeeds
November has been an eventful month for Hobart High School’s genesis players within the final moments of the Fall musical “The Sound of Music.” The cast and crew of this show took the effort needed to do such a reputable show justice and reigned successful in their efforts. With nearly a full house on opening night, November 2, and excellent audience counts the following four shows, Hobart’s theatre department truly took advantage of the spotlight.

This adaptation of “The Sound of Music” became a community affair, and allowed cast and crew involvement to people outside of Hobart’s student body. Ages varied in the context of the storyline, and gave way to the need for actors of all ages, with a cast ranging from four-year-olds, to grandmothers, all taking their shot at the stage. Community children, ages 4 through 10 became the next generation of Hobart High school thespians in the making.

“The Sound of Music” takes place in 1938, when Nazi Germany was taking control of Austria. Due to this setting, Nazi soldier costumes and a set to portray a wealthy family living in Austria at this historical period were imagined and built by Hobart Theatre’s crew. Building and planning for this extensive set began in early September due to the importance of recreating an Austrian mansion. Costume crew tackled outfitting an ensemble of over 10 nuns, as well as students in school uniforms and luxurious suits and dresses to fit the wealth of the Von Trapp family. 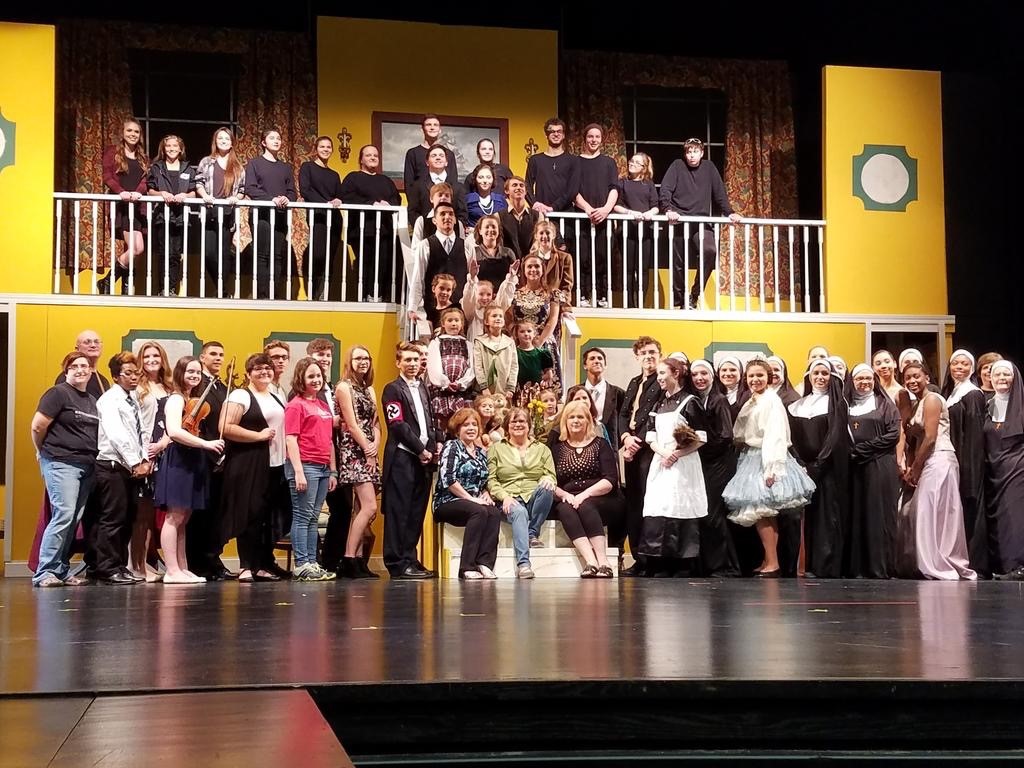 Head of costume design, Kathleen Belk said, “It’s always difficult costuming a show based on a beloved movie. People have certain expectations and while it’s my goal to not duplicate, it’s a fine balance of giving the audience what they expect to see and something new they’ll take away from this experience, unique to our show. That’s the enjoyment and struggle of good costuming.” 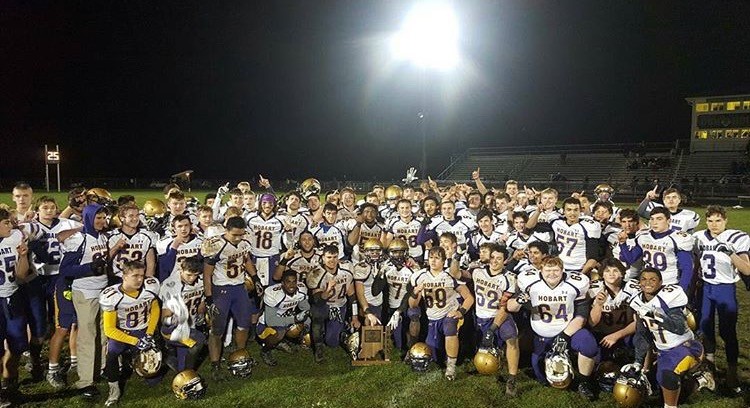 Bricks Reclaim Sectionals
With a 19 year drought of no sectional wins, the boys of Hobart Brickie football yearned for that big sectional win on November 4th against New Prairie High School. Hobart athletics offered free fan buses, which transported masses of Brickie students to crowd the student sections in support of the team. Despite the away game, the student section was electric.

Varsity senior quarterback Michael Wolfe said, “It meant a lot to me winning a sectional championship. We hadn’t won a Sectional Championship in 19 years. We had the talent to make it all the way to Regionals and the desire to play another game.”.

Defensive end senior David Cruz said, “No matter how hard others hit me and how they were always bigger than me, football will be the most memorable thing in my life. I'll never forget how so many people doubted me going into the second round of sectionals. Starting at a position I haven't played all year put me in a lot of pressure but also pumped me up. Going against opponents that were triple my size just put so much fire in my heart.”.

The Brickie boys gaining a great victory in a 35-14 win was an emotional moment for all. For the Hobart community, football is far more than a game and has encapsulated Brickie pride into the Hobart way of life. 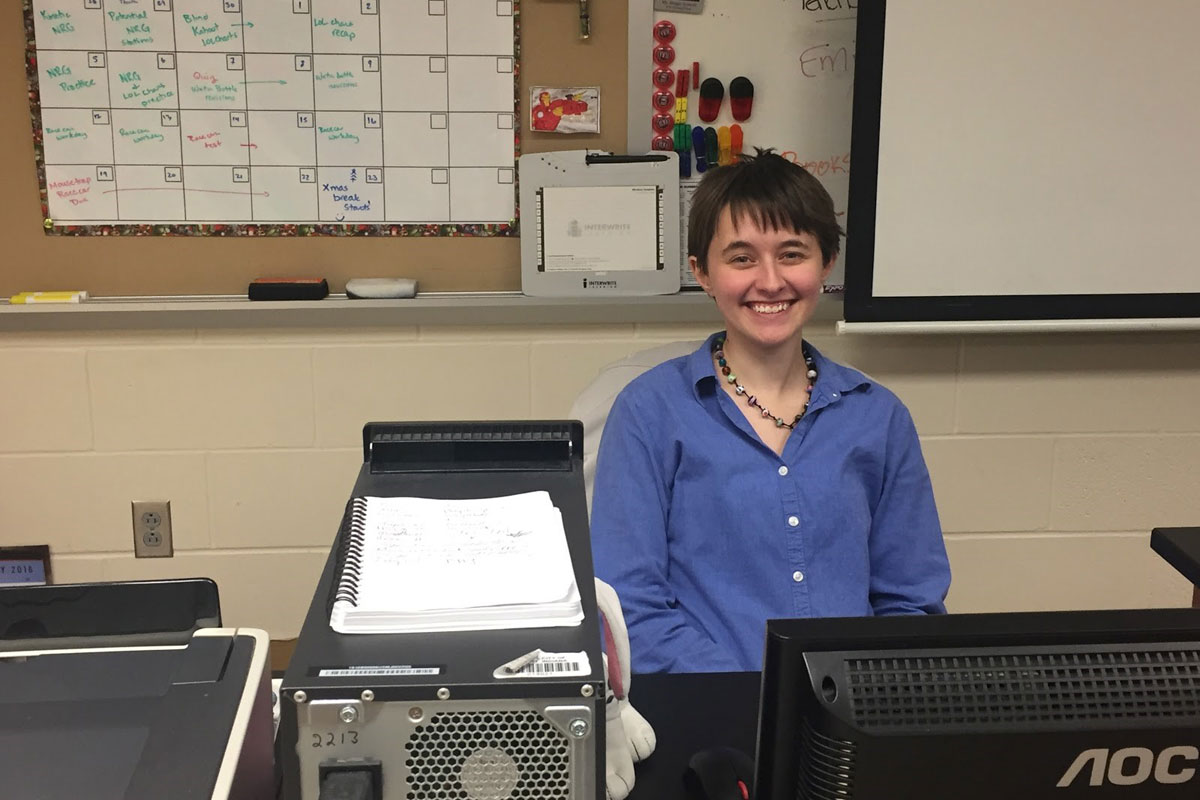 Sciences and Behind the Stage, Ms. Somody in the Spotlight
Beyond the excitement of becoming the newest addition to the Science department at Hobart High School, Ms. Somody saw the opportunity to assistant direct for theatre and jumped for it. This is Somody’s first year teaching at Hobart High School, and her involvement in the way of theatre has made her a well rounded element to Hobart.

The sciences mean a lot to Somody. Her classroom focuses on making science fun, and showing how it applies outside of a classroom setting.

“I have to admit, I’m really excited about teaching. My class involves a lot of activities and experiments, going outside and getting messy. It’s loud and chaotic, just like the students, and I know that the students will walk out remembering their science and knowing that science applies to more than textbooks, worksheets, and school. It applies to their lives and their surroundings.”

The sciences and the fine arts are a unique blend that gave Somody the opportunity to develop better understanding of her students and gain closer relationships with the Hobart community.

Somody discussed why she assisted in theatre. She said, “In highschool, I was a part of theater and fell in love. When I got to Hobart, Kathy Nelson was my singular point of contact, and she needed a new assistant in her work. The theater experience was nothing like I remembered but totally worth it.”

She continued, “[Nelson] wanted me to help guide the crew during my time working with the musical, so I didn’t actually work much with the actors. It was fine, though, because we had several new freshmen join the group. During the actual production week, it was wonderfully rewarding to see all the sets that they built, that they painted, that they designed, to see it all come together in order to create the atmosphere the actors use.”