Swim Girls Break School Records at Sectionals
The Girls of Hobart Swimming made great accomplishments at Swimming Sectionals on Thursday, Feb. 2, as well as Saturday, Feb. 4.

At the first round of sectionals, held at Chesterton High School, a school time record was broken. Freshman Becky Lozano, junior Amanda Kowalsky, and seniors CeCe Castillo and Marina Ahner broke the 200 freestyle relay time for Hobart High School with a finishing time of 1:46.42, breaking the prior record of 1:49.70.

“Going into sectionals, the main goal was to break the freestyle relay record. I was not expecting that we would break the medley relay too because it seemed like it was so out of reach.” said Kowalsky. “After I saw the time on the board my heart skipped a beat. We were all ecstatic at the fact that we actually broke the record!”.

Besides the hard work of these four ladies paying off, a total of 22 seconds was dropped off of the 400 Relay by sophomore Nina Rucinski, junior Mikayla Zakutansky and seniors Ashley Daniels and Carrie Terry. Dozens of times were dropped by nearly all the swim girls. Senior, Carrie Terry, swam her best times of her season in the 100 fly and 100 backstroke.

The second portion of sectionals brought another record break from the same four girls who broke the prior school record. Kowalsky, Lozano, Ahner and Castillo all competed in the 200 Medley Relay and broke the HHS time record for yet another event. 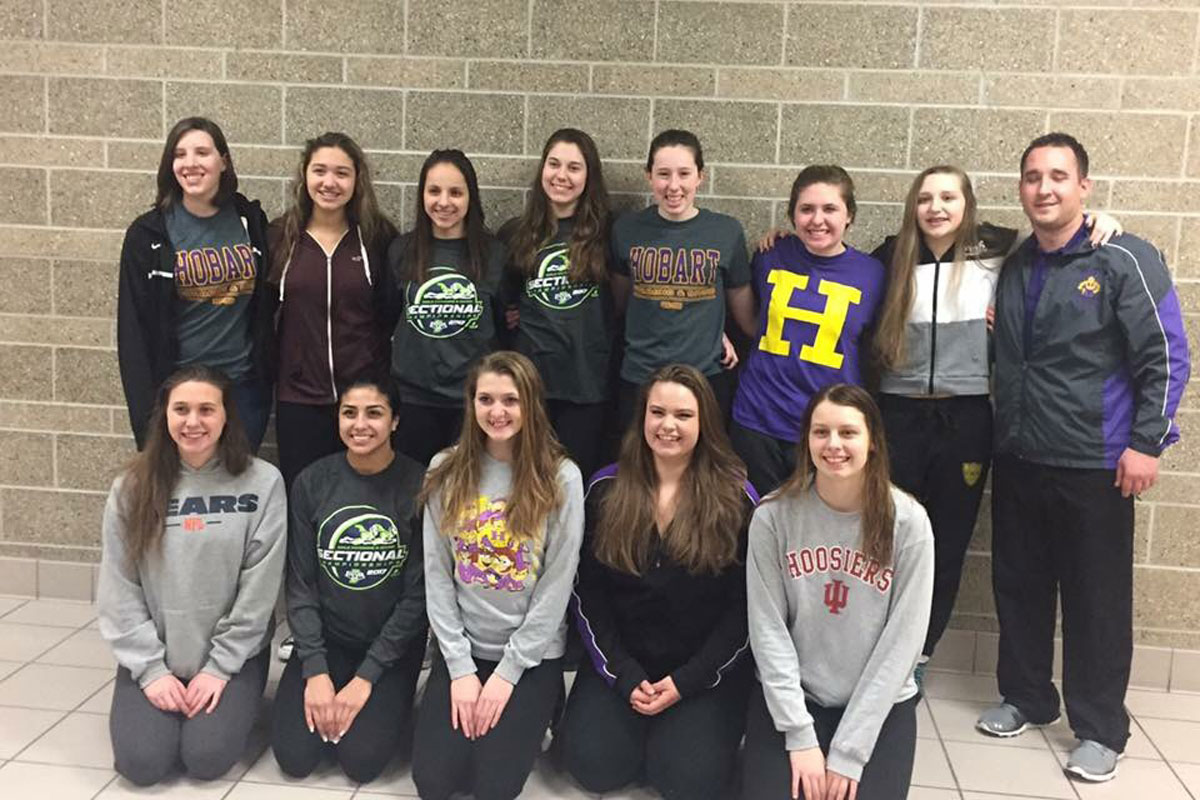 “I started swimming my freshman year of high school with no background in swimming at all. I would only swim as a fun activity to do in the summer with friends and family. However, I decided to join because Marina is a close friend of mine and she was the one to convince me into it. It worked out pretty nicely considering all the progress I've made over the years.” said Castillo.

Swimming means a lot to all of the HHS swim team. Many have been swimming for years before they began their high school swim careers, and those who began in high school have a come a long way.

Freshman, Becky Lozano, who's been swimming since age seven, stated “My favorite part of being an HHS swimmer is the coach and the bond the team has. Being so small brings us all closer together. We’re not just friends, we're family and that's the best feeling in the world. Plus, having Coach Foddrill is amazing. The best thing about coach Fod is how much confidence he has in us, when we're down or when we're nervous about not getting a certain time he makes us all believe in ourselves.”

Amanda Kowalsky added My favorite part of being an HHS swimmer would definitely have to be the people, not only my teammates but my coach, Jon Foddrill, as well. I have meet some of my closest friends through swimming these past few year. We are more than a team, we are a family. We build each other up and have the best of times together. I am so thankful to be apart of a team that is so tightly knit. 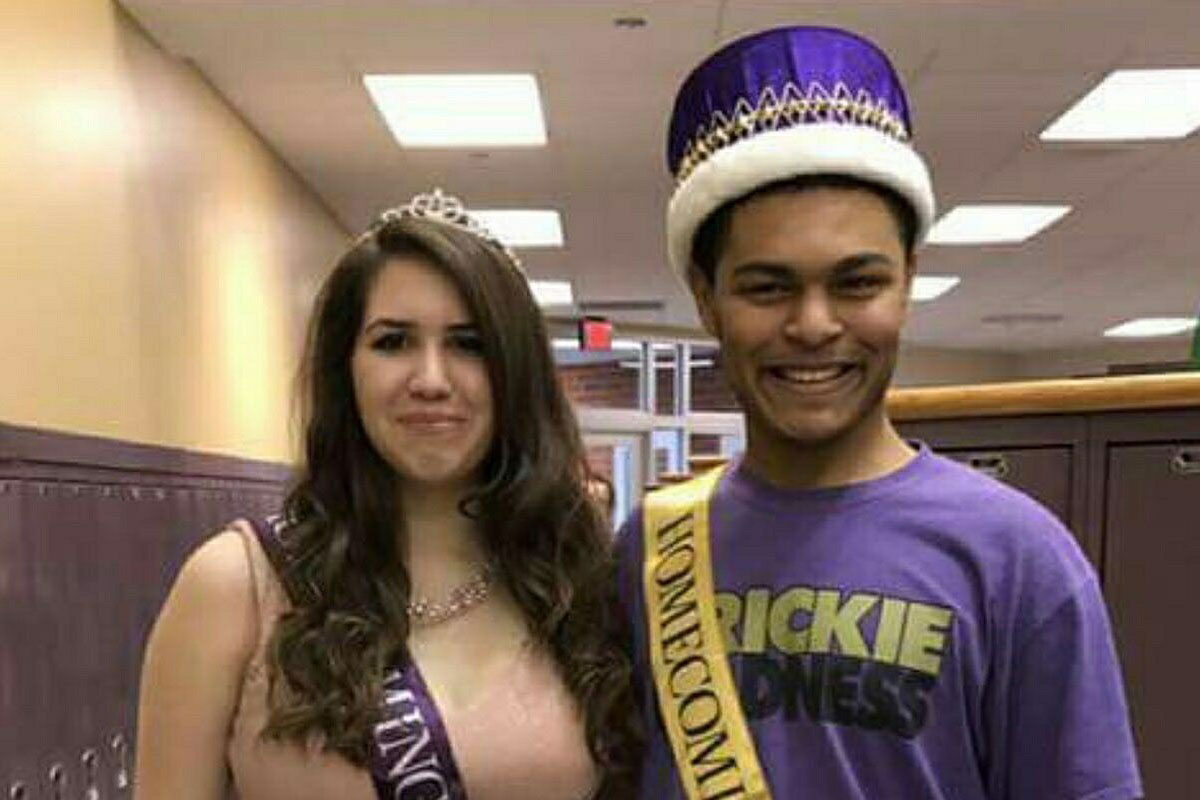 Winter Homecoming Hits HHS
Hobart’s Homecoming Spirit Week kicked off on Monday, January 23 leading in a week of Disney themed dress up days and locker displays. Spirit week, student competitions, and the much awaited pep rally were held to amp up the school pride and bring attention to the Brickie Boys’ achievements in their basketball season. The Boys’ Basketball Homecoming was held following all the week's’ activities, on that Friday. 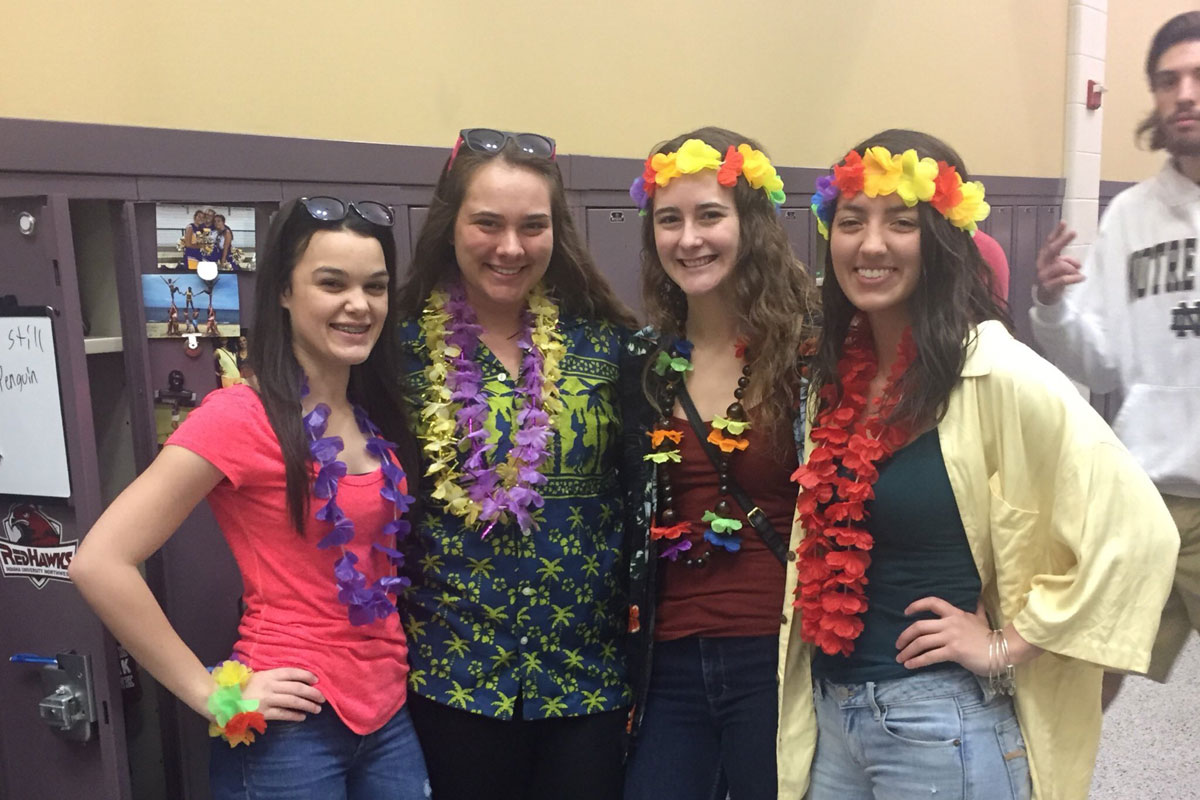 By the end of the competitions and competitive student cheers at the pep rally, the class who won the spirit brick once all competition points were tallied was the seniors.

“Freshman don’t participate enough, but the ones that do go full out,” Freshman student, Anca Nalta-Cisma stated. “It’s awesome to see the different and crazy things that the other grades wear, and the competition of spirit week is really exhilarating.”

This year, Hobart decided to bring a new element to their Winter Homecoming; A Winter Homecoming Court! Students nominated and voted for their Prince, Princess, King and Queen picks in both the junior and senior classes. The winners were announced at both the pep rally and Homecoming game on Friday, Jan. 27. 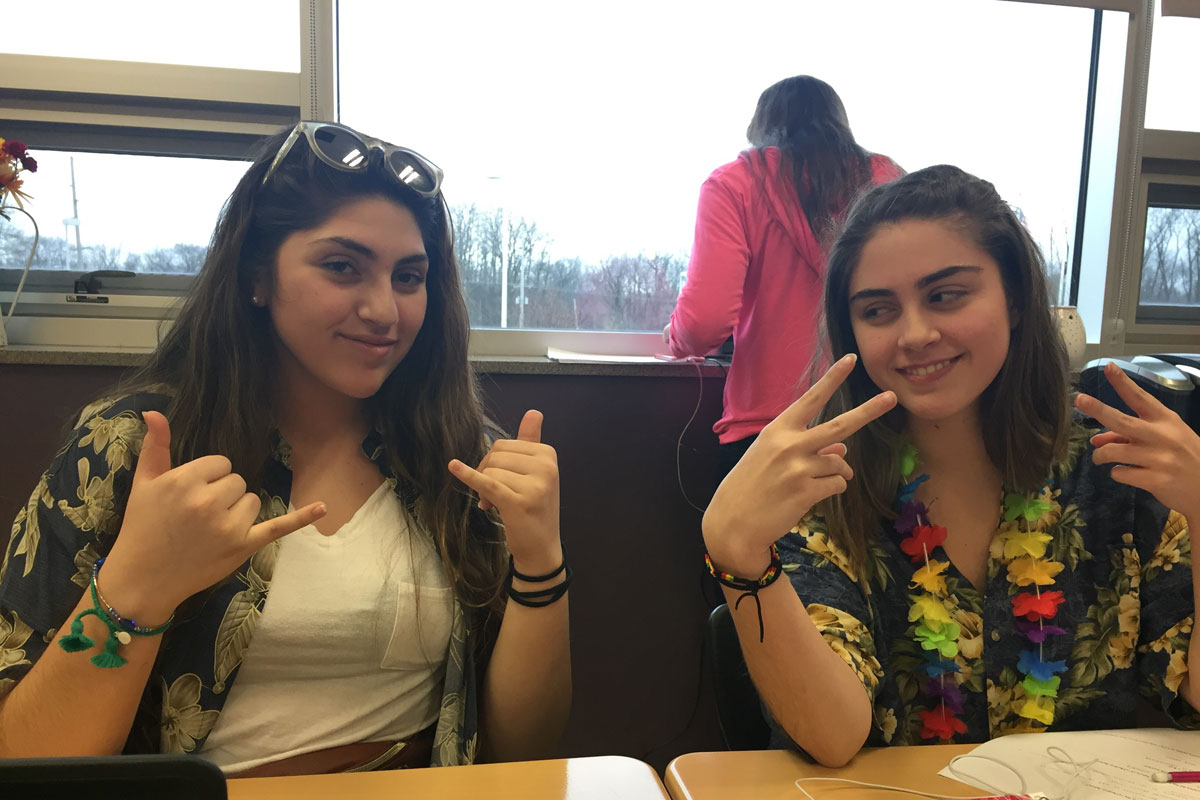 Junior class Prince, Jordan Perryman, was a crowd favorite; when his name was announced, all grade levels went crazy. The students started chanting “Jordan! Jordan!” to which Jordan gladly applauded along to.

Perryman stated “Well my goal for spirit week was to win Winter Homecoming Prince. And when I did win it I was very happy about it! I did it for me, my classmates and my family. After leaving the pep rally lots of people were coming up to me to take pictures. I plan on running for Football Homecoming King next.”