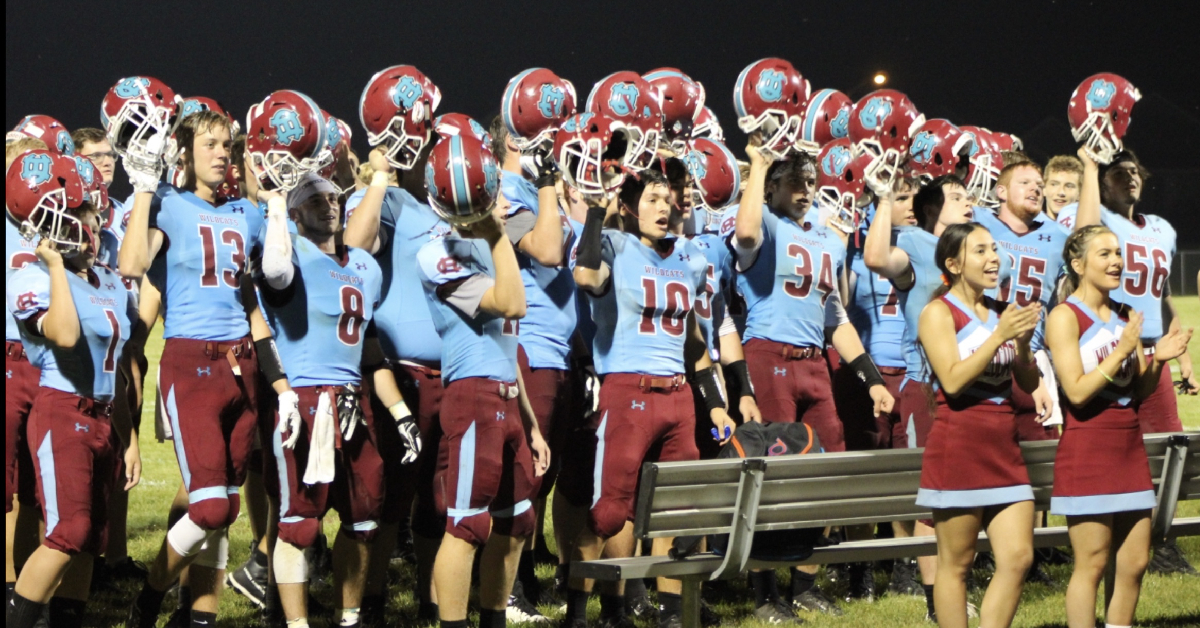 When the head softball coaching position at Hanover Central was available, Sam Antkiewicz knew it was his time. As a long-time coach, it has always been a dream of his to take a lead position. Antkiewicz had previously been assistant coach at Hanover under both Amanda Suarez and Jason Bolden. He said being able to observe great coaches has prepared him to take on the job. As for his goals for the season, Antkiewicz hopes to push the girls to improve on their accomplishments from the previous year. He inherits a successful team. Eleven returning players, seven of whom are now seniors, will vie to win back-to-back sectional and regional titles, hoping to make a run at a state title under Coach Antkiewicz’s leadership.

At the coach reveal, even before he walked in the room, the players were already chanting “Sam, Sam, Sam!” There is no doubt they will rally behind him to put together yet another impressive season. Good luck, Coach Antkiewicz and the Wildcats!

Meet Tyler Chambers, a senior at Hanover Central. Her immense passion for softball allows her to stay active in both her school and her community. Every Monday night throughout the winter, Chambers can be found helping coach young players. She demonstrates leadership, serving as a role model for the up-and-coming generation of players. In addition, Chambers is a member of the varsity softball team, playing a key role in the sectional and regional championship wins. With the help of her high school team, she also gives back to her community by doing maintenance on the Cedar Lake softball fields.

Chambers is about as hardworking as one can be. Whether it is in the classroom or the weight room, she will give it her all. This work ethic rubs off on everyone she encounters, her teammates specifically. She pushes everyone to be the absolute best they can be, to never settle for anything less, and for that, she is truly inspiring.

After high school, Chambers’ plans include playing softball at Aurora University and majoring in nursing.

Next week, students will partake in Spirit Week - four days of dressing up according to various themes to show their school spirit. Seniors kicked it off last Friday with Jersey Day, flooding the building that morning sporting their favorite teams’ jersey and inciting pride and togetherness within the class. Next week, all students can enjoy themed days including Meme Day, Decades Day, Class Day, and Hanover Spirit Wear Day. All of this excitement leads up to one of the most anticipated events of the school year - the spirit games. All four classes gather in the main gym to compete.

The next night, the Wildcats will take on the Wheeler Bearcats in the Homecoming game. There, the king and queen will be announced in front of a raving student section, cheering the Wildcats to victory. Finally, next Saturday is the dance. The school gym keeps with the theme of “Dancing Through the Decades,” decorated immaculately with memorable trends and nuances from the past.

Hanover Central football competed with conference rival Griffith on September 20. It was a hard-fought battle on both sides. Griffith sought their first win of the season after dropping their first four games to tough opponents. Hanover was looking for a big win, a confidence booster. Offense was the star in this game. The Wildcats accumulated 464 yards of offense, complete with 6 touchdowns. They did not miss a beat. However, the Griffith Panthers were not going to go down without a fight. They were able to amass 292 yards of offense, but that would not be enough to take down the Wildcats. The final score was 44-21, securing yet another Wildcat victory. The win improved Hanover’s record to 3-2. The Wildcats then followed with a loss to Boone Grove and an impressive win against the Whiting Oilers. They hope to start a winning streak next week when they take on the Wheeler Bearcats at the Wildcat Den in this year’s Homecoming game. Wildcat nation is ready to cheer on their favorite team!