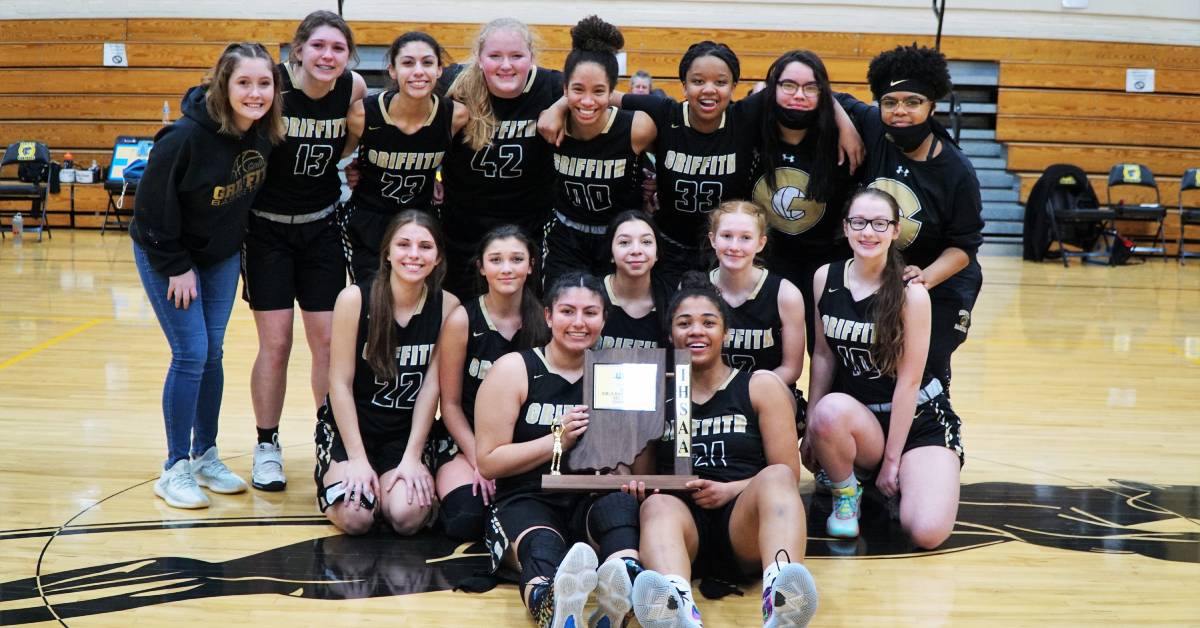 “It was a really memorable moment because we had our seniors and they haven’t been able to win anything yet, so having us all together made it all the better,” said junior Cierra Pipkins.

“Hosting sectionals made the experience more memorable,” said junior Kelsey Price. “We had the advantage of playing on our home court, and no bus travel was needed as well. Overall, hosting and winning sectionals was truly an experience that I won’t forget.”

“Our past coach told us to leave this program in better shape than we found it,” said senior and starter Julissa Hamm. “Freshman year, our record was 6-18, sophomore year 13-12, junior year 15-9, and senior year was 13-4 with a regional appearance for the first time in 13 years. As a senior I had the honor of leaving this program better than I found it.”

This year was Coach Ken Anderson’s first year coaching at Griffith. Many players credited Anderson and the coaching team for the team’s major improvements this season.

“Coach Anderson helped us get better defensively, and his arrival helped the team come closer together,” said junior Jaecy Nelson.

Ending with a record of 13-4, it’s safe to say the Griffith girls basketball team made large strides in the right direction this year.

“We really wanted to win the sectional this year. It was our number one goal from the first practice on,” said Anderson. “The girls did a great job in accomplishing that goal.”

“Being one of the three athletes on the team to make it in the top ten scorers in Griffith High School history was a really great accomplishment, especially because I’ve played basketball since I was little and I want to continue to work even harder to get even higher next year,” said junior Marisa Esquivel.

The sectional game ended in a score of 53-26, earning the team yet another win this season.