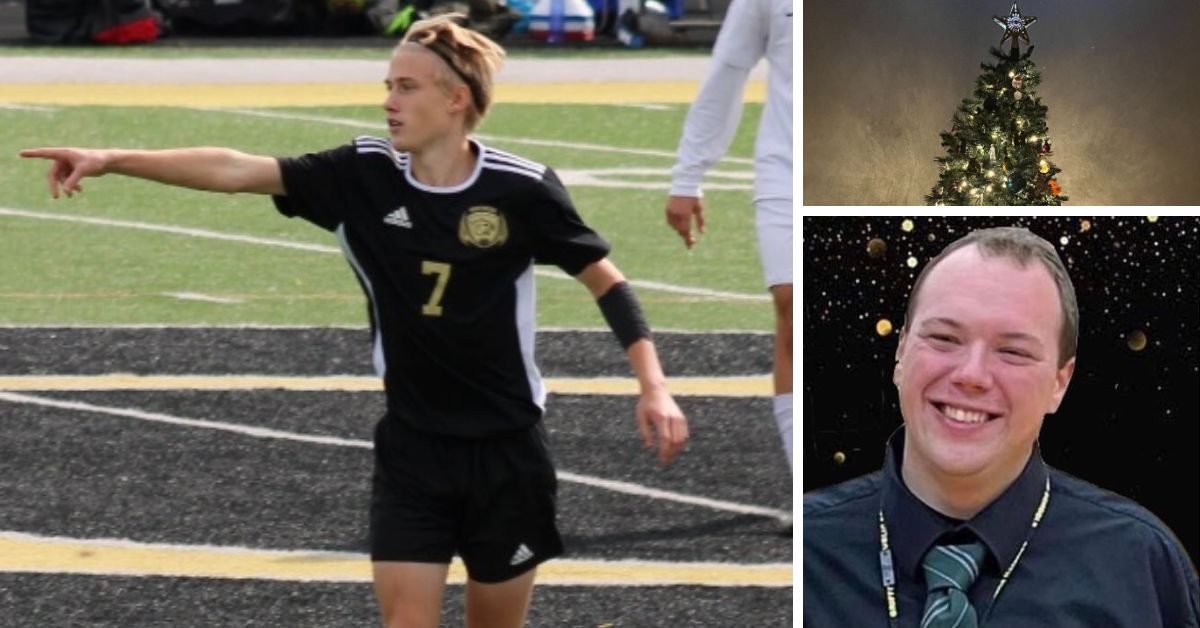 December 23 through January 6 marked winter break at Griffith High School (GHS). After a long semester of working diligently, students and teachers got a well-deserved break.

Students spent their two-week break with family and friends.

“It was really good seeing all my family come together for the holidays. We had a lot of fun, and it’s always exciting to do the traditions that we only get to do once a year,” said Sophomore Nolan Davenport.

With the city of Chicago in the backyard of Northwest Indiana, many students enjoy spending their time visiting the city, which is always decorated with beautiful festive lights and trees.

“I went to Chicago with my friend, and it was definitely the most fun thing I did all break,” said Junior Catherine Cavasos.

The break also brought about a much-needed rest for staff and students as it gave everyone a little break from all their hard work.

Many students, as well as staff members, say their favorite part of the winter break was having no work for two weeks.

“I felt like I finally had some time to finish my book which I was really happy about,” said Junior Megan Land.

Students also report that they enjoyed the free time to do whatever they wanted.

“I played lots of Minecraft and other video games with my friends,” said Junior Joey LaPatra.

Christmas and New Years were also popular topics in people’s winter break plans as they got to experience the coming together of people they love.

Winter break gave all of GHS time to spend for their holidays and to celebrate the work they have put in during the first semester.

Coming up at GHS and Griffith Middle School (GMS) is the Griffith Theatre Company’s (GTC) production of “Charlotte’s Web.”

The GHS auditorium was recently renovated, meaning “Charlotte’s Web” will be the first performance in the new auditorium.

The show is directed by Seniors Ashley Taylor and Peyton Stojakovich, with their assistant director being Junior Sara Oprisko.

“Working with middle schoolers has been such a fun experience. They all have so much talent, and I’m excited to see what they’ll bring to the GTC,” said Stojakovich.

Many of the middle school actors are getting their first ever theatre experience with this show while others are returning from last year.

“I really like acting because you can be so creative with it. You can use your tone and actions to bring a character to life,” said Seventh Grader Casey Cundiff.

Along with the young actors in the show, Director Joseph Ramos also decided to recruit Seventh Grader Kylee Crafton onto the directing staff.

“I acted last year, so it’s really cool being on the other side of the stage and giving people the corrections I wish someone had given me. It’s also fun to be a part of the group working to make the show as good as possible,” said Crafton.

“Charlotte’s Web” is a very lively show with lots of room for creative freedom. The rural setting as well as the charismatic actors bring a very fun energy to the auditorium that any audience will love.

The show is also one that many people are familiar with. This gives the cast and crew hope that they can bring a sense of nostalgia as they bring a classic story to life.

“I think this show is so much fun; I think it’ll be a big hit with families. All the students have really improved since the start of the rehearsal process,” said Ramos.

A lot of excitement comes with bringing in middle school students for theatre productions due to the promising future of the theatre program they bring.

“You can tell all of the kids are very passionate,” said Senior Productions Assistant Destiny Magana.

“Charlotte’s Web” will debut February 17, and shows will continue through February 19.

Ramos attended Purdue University Northwest and has been teaching for three years, two of which he spent at GMS.

“Griffith has a great school system. The parents, administrators, and students make this an amazing job to have,” said Ramos.

Ramos is a social studies teacher for sixth grade. His favorite part of being a teacher is meeting the students and seeing their reactions to events in history.

Ramos is currently directing the GTC production of  “Charlotte’s Web.”

“I love directing for the GTC. It’s a great organization, and I enjoy seeing students conquer their fears and perform on stage for an audience,” said Ramos.

Ramos also acted as an assistant director for the GTC’s fall production of “The Diary of Anne Frank.”

Before working with the GTC, Ramos didn’t have any prior experience in theatre but felt inspired by past productions to join the crew.

Ramos has been a great addition to GHS and GMS acting as a teacher, leader, and overall role model to students.

Joey LaPatra is a junior at GHS. LaPatra is an extremely dedicated athlete, with his main priority being running.

LaPatra runs cross country (XC) and track and has developed a reputation as the fastest runner at GHS. His personal best is 16:03 during a 5k race.

Earlier in the school year, LaPatra took a trip down to Terre Haute for XC State.

“State was one of if not the best experiences of my life. Being surrounded by people who all share the same goals and same interests is something that cannot be accessed easily in such a small sport like running, but when you are in those environments, there is nothing like it,” said LaPatra.

LaPatra received much support from the entirety of GHS.

“Having the whole school behind me and having supporters at the race was also amazing, and I wouldn’t trade it for anything,” said LaPatra

LaPatra has been running since sixth grade.

“I got roped into it by my friends, and then I ended up really enjoying it,” said LaPatra.

LaPatra’s favorite part of running is the everyday practices and working towards his goals, making him a highly dedicated athlete.

LaPatra highly enjoys sports, participating in soccer and basketball outside of school when he isn’t running.

Recently, track season has started, meaning LaPatra is back in season.

“To stay motivated, I always stay disciplined. Showing up every day brings back my motivation and love for the sport,” said LaPatra.

While Laptra spends time working on his sport, he never lets his grades get behind in the process. He maintains a 4.429 weighted grade point average and aspires to be in the top 10 of his graduating class.

“Balancing school and sports has been my lifestyle for as long as I can remember, so I’ve adjusted to a really good schedule and try my very best to always stay on task with my goals,” said LaPatra.

LaPatra is dedicated in all he does whether it be sports or his academics. He has proven himself to not only be a great athlete but also what some may call an “academic weapon.”