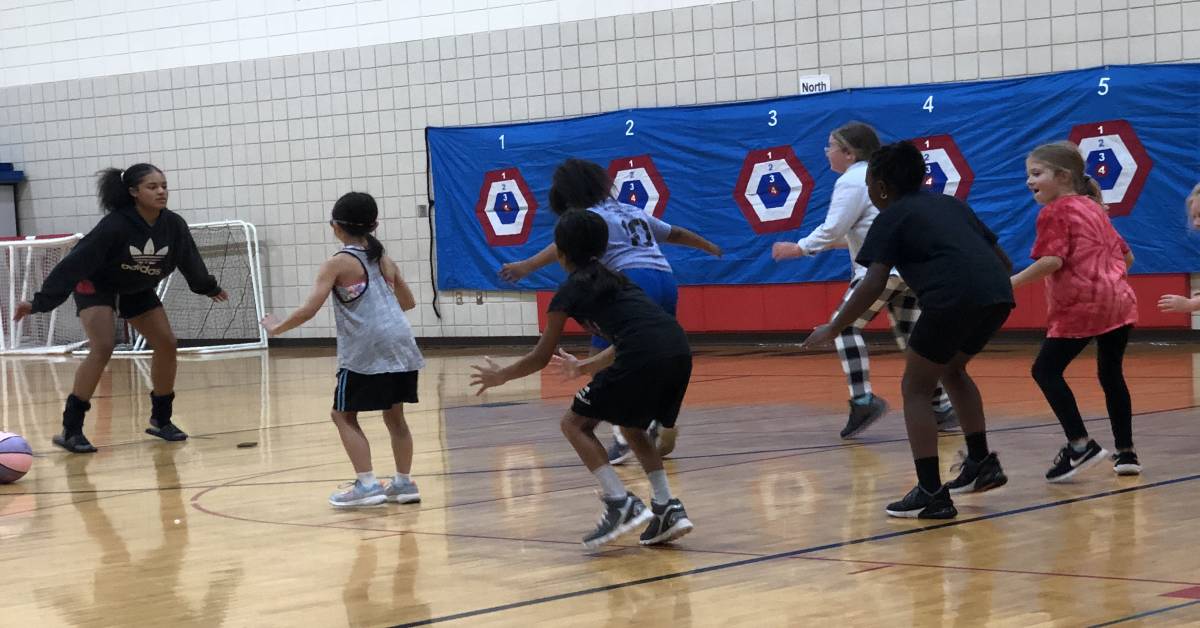 The girls and boys basketball teams, swimmers, dance team, and cheerleaders all have been preparing for an amazing fall season. With tryouts just last week, each team has been in the building every day. It will be an exciting season to watch!

Unfortunately, the Mustangs girls soccer team did not claim the Regional victory as they had hoped to, but they did bring home Sectional hardware. Congratulations on a great season, Mustangs!

The Munster youth basketball club teams have all begun their practices with games quickly approaching in November.

Jordan Mayer is a teacher loved by all at Munster High School. Originally a Lake Central teacher, Munster students are grateful to now have Mr. Mayer as a speech teacher and Director of Speech and Debate.

“The team is young with many competitors that have not competed at a state tournament,” Mayer said of his current team. “However, we have strong leaders in the senior class to mentor our novices. The team has great chemistry, and that’s the core of success.”

Mayer is a member of the IHSFA Speech and Debate Coach Hall of Fame. He serves on the National Speech and Debate Association Northwest Indiana District Committee. He also serves as a mentor to area coaches to help build their programs.

As one could assume, it’s a busy year for most senior students across the state. Most are completing college applications and meeting all sorts of deadlines. Munster High School senior Trinity knows all about time management. She works at the local Walmart most evenings to secure additional income for herself. She is also a student-athlete at Munster. Since this is her last year, Trinity has found herself busier than ever before. She is diligently seeking out a university to call home for the next four years.

“Currently, my top three schools are Florida A&M University, North Carolina A&T State University, and Howard University in Washington,” she said. “I am leaning towards these three HBUCs (historically black universities and colleges) because I believe that they will make me feel completely at home.”

Although these three HBUCs made her list, she said her top three schools are yet to be determined. Trinity is completing applications for entry and preparing herself for visits in between working, track meets, and schoolwork. It’s a good thing this senior is well-versed in time management.

“[Senior year’s] been faster and scarier because it’s only a matter of months before I’m taking so much responsibility on my own,” Trinity said.

The payoff will be worth Trinity’s hard work.

It is fall sports season! The girls basketball team has their home opener against Merrillville High School on November 2. Come out and wear red to support!

Coach Brett Boden and the Munster volleyball team have been Sectional Champs for the last two years, and they set out to add Regional Champs to their resume this Saturday, October 26.

Also this Saturday, many high school students will take their ACT exams. Munster will be hosting as ACT testing site in the month of December.