The thought of being onstage before a crowd of people is intimidating for some, but that is not the case for senior Monica Krcoski who recently was in a production of “Beauty and the Beast” at Merrillville High School’s Reinhart Auditorium.

The production required rehearsals that differed depending on what role an actor had and how close the show was.

“The first couple of weeks the chorus was needed for only two days, while the leads may have had rehearsal for three to four days. Once we got closer to the show it’s every day at a set time, but after that it just turns into starting at seven and running through the whole show over and is done when everything runs through smoothly,” Krcoski said.

Krcoski found this opportunity because she was looking for more experience in theatre, and some of her family members were in shows at Reinhart Auditorium. After seeing CPHS’s spring musical “Once Upon a Mattress” during her freshman year, Krcoski knew she wanted to get involved in theatre. 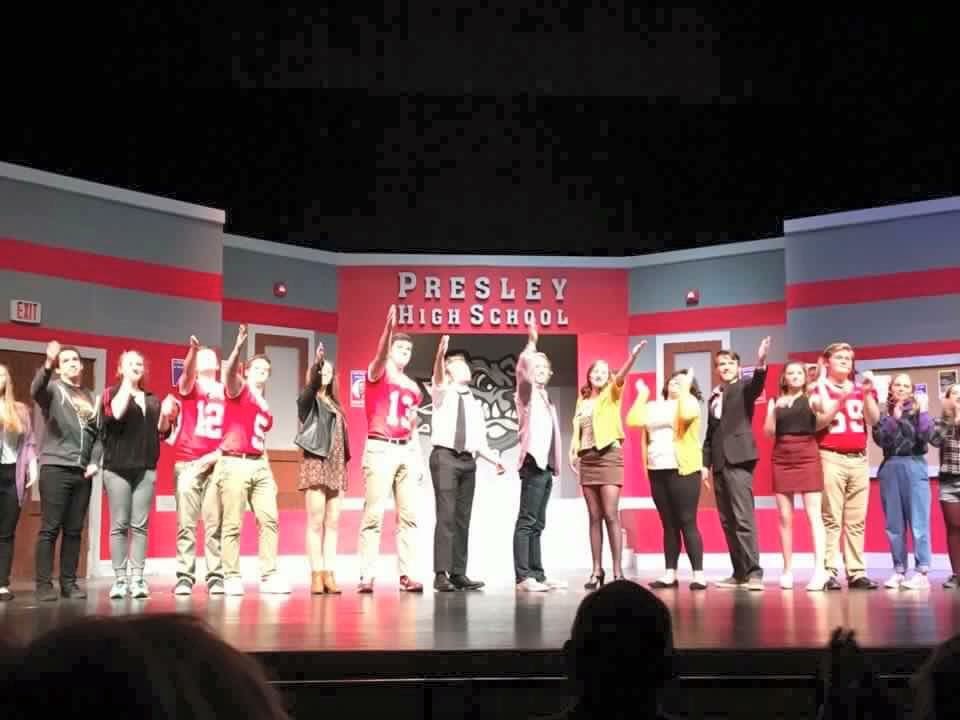 Krcoski, who so far has been a part of four productions and two summer shows at CPHS, plans to study theatre in college and is interested in screen acting in the future. She also notes that even she gets nervous for auditions on occasion, and that persistence is key.

“I get a little nervous sometimes depending on what I’m auditioning for, which is a habit I am trying to break because the directors can sense when you are nervous,” Krcoski said. “ If you audition and don't make it at first, see what else you could do to help. Join crews such as paint, light and sound, publicity, costume/makeup, and construction. Help the directors see what you are capable of and work your way up.”

Krcoski was shy when she first started theatre, but she met more people and says she now considers them all family. Show nights have become one of her favorite parts about theatre.

“It’s really hard to pick one favorite part of it because it's an adventure and it's always a unforgettable one,” Krcoski said. “I enjoy the small things, like staying up extremely late at night, becoming closer with people you would've never thought, and going to Taco Bell after rehearsal.”

For those interested in becoming involved in theatre, Krcoski has some advice.

“Don’t be afraid of being too out there and don't limit and put yourself in a box. Let your emotions run free, and you can be whatever you want to be in the acting world if you put your heart to it. Have a lot of free time and a flexible schedule,” Krcoski said. “Don't be afraid to ask for help. If you need a little more confidence in yourself take a voice, dance, or even an acting lesson.” 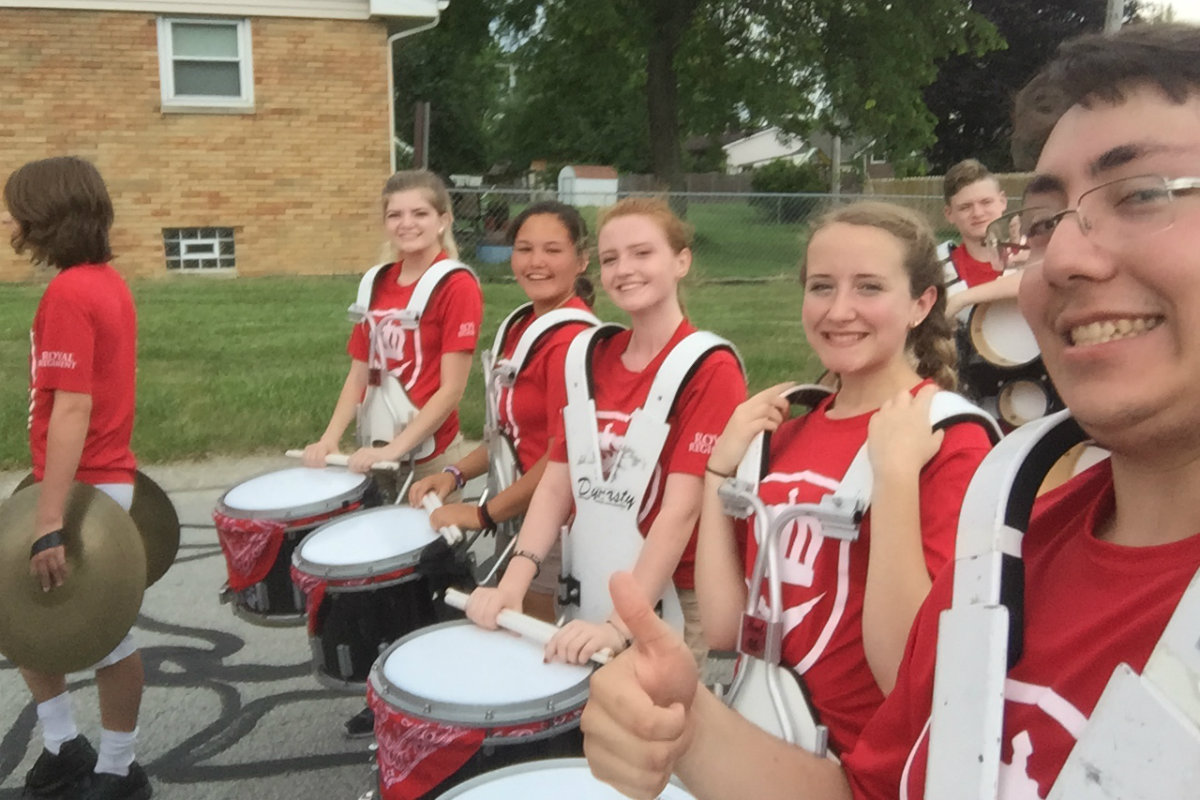 Many know marching band is synonymous with halftime performances at football games, but that is only after countless hours of time spent marching and practicing in the heat for two weeks in August.

Marching band camp is everyday from 8 am to 3 pm with an hour lunch break. The band spends the majority of the camp practicing and memorizing the music, and the ending result is an entire show.

“What that entails is being in the band room learning new music and how we can play together well, while also going down to the football field to learn the other half of our show which is the drill,” senior Omar Ferrer said. “Over the span of two weeks our goal is to have everyone play the music exceptionally well while marching to each player's individual spots to create a shape or formation that the audience can see.”

Ferrer has been a part of marching band all four years of his high school career and is one of the few students to have performed every percussion related instrument on the field.

“I’m on Drumline also known as the battery which consists of bass drums, snare drums, and tenor drums,” Ferrer said. 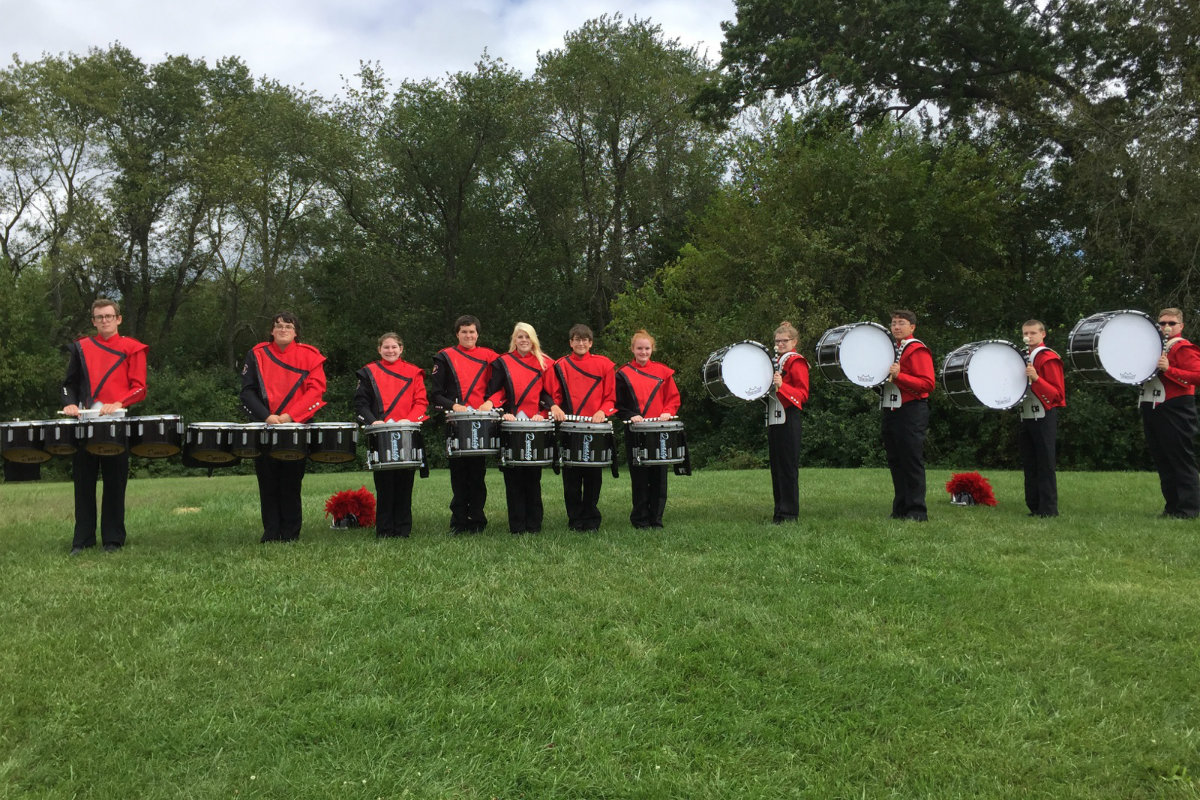 Senior Sydney Hodges is also a member of Drumline. This is her first year playing snare, and the two previous years before this she played bass drum.

“I’ve been in marching band for three years. I’m involved in pep band as well, and although I haven’t done pit for the musical previously, I plan on participating in it this year,” Hodges said. “The most challenging part of band camp is definitely tolerating the heat. We have to march with our instruments, and carrying a heavy drum in the summer heat takes a toll on me after a while.”

Some students would rather spend time at the fair or the beach, but marching band students are passionate about their music.

“My favorite part of band camp is participating in something I’m passionate about with people I love,” Hodges said. “Although it’s difficult and we struggle at times, it’s always great working with friends who have the same passion as you and coming together as a group to create something we can take pride in.”

Both Hodges and Ferrer want people to know how much work the band puts in behind the scenes to have successful halftime shows and invitationals.

“I know that the stigma of band in general is that it’s dorky and lame, but in all seriousness it is just about the coolest thing you can do as a person,” Ferrer said. “We put in a lot of hard work on and off the field to give a terrific performance for a group of people who are there to see football players, but that doesn’t affect us in any way because we work just as hard and have just as much fun as any other group in school. I highly recommend it to anyone, it’s life changing and you learn a lot.”