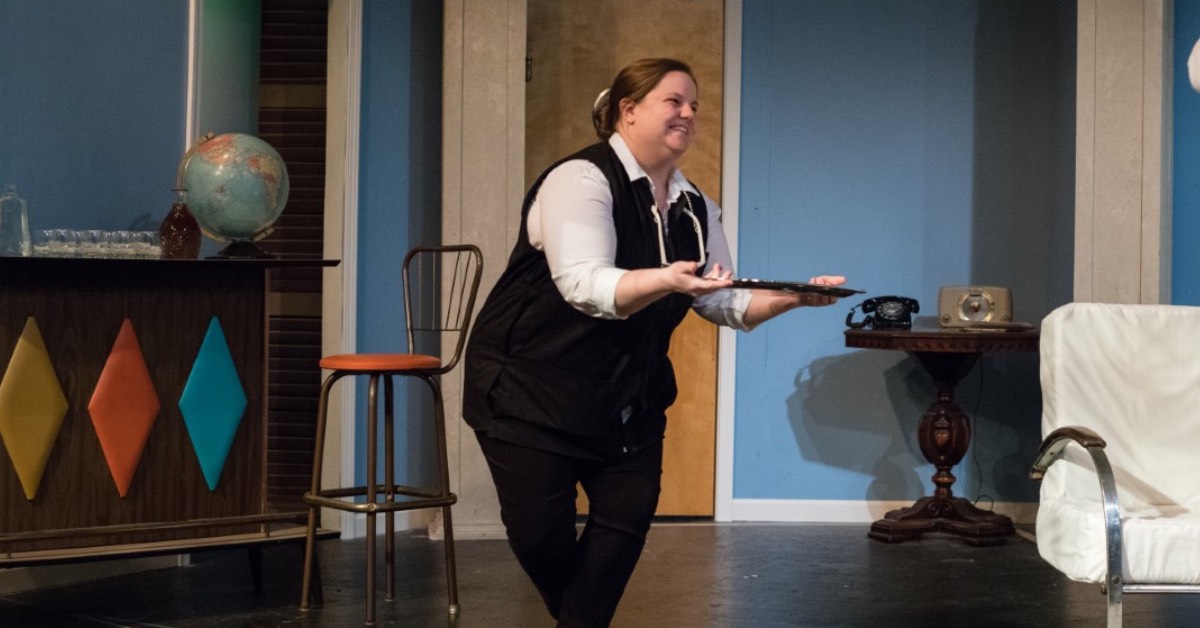 Erin Sharpe is Westville Middle and High School’s band director, and she also teaches high school theatre and is the director of Westville’s after-school drama club.

Sharpe has been a teacher for 11 years. She taught at Discovery Charter School, Wanatah and LaCrosse before coming to Westville, where she has been teaching for five years. During her career, she has taught elementary music, band, choir, and theatre. Sharpe attended Butler University and earned her degree in music education.

Each of Sharpe’s classes has a special place in her heart. When asked what her favorite class was, she noted how it would be impossible to choose just one.

“I love them all and they’re all very different,” Sharpe said. “I like teaching band because I like to play music and I like hearing everything come together. I like theatre because it is fun to pretend and be creative. I like elementary music because I love to be a big kid.”

When she is not teaching, Sharpe plays an important role in the school community. In the past, she has run the school’s Academic Super Bowl Club, a trivia club with different categories focused on a central theme each year. She also coached the club’s fine arts team to help club members prepare for their competition against other local schools.

This year, Sharpe assisted in the preparation of prom as well as other fundraising events at the school. One such event was Mr. Blackhawk, a talent show in which seniors competed in multiple categories to earn the title of Mr. Blackhawk, as voted upon by the audience. Sharpe also helps frequently with fundraising for the school’s branch of National Honor Society.

In her free time, when she is not participating in community theatre, she loves to spend time playing with her dog. She also enjoys going shopping and taking trips to IKEA.

One of Sharpe’s most impactful roles at Westville is being the theatre class and drama club director. In her class, she directs a show every December and hosts a theatre-themed dinner event every spring. In the past, the class has performed “A Christmas Carol,” “The Customer is Always Wrong,” and “The Brothers Grimm Spectaculathon.” At the class’ spring events, it has held a murder mystery dinner and a comedy night.

This year, class members held a virtual performance of “12 Incompetent Jurors,” a parody of the classic film “12 Angry Men.” In addition, they performed “The Prom Game” in April once local guidelines permitted for a live performance. Overall, Sharpe is most proud of their performance of “The Prom Game,” which she believes is the class’ funniest show yet.

Throughout her time at the school, Sharpe has revived Westville’s after-school drama club after years of its absence. The first show under her direction, “James and the Giant Peach, Jr.” was held in the spring of 2017. In the years that followed, the club brought both “Willy Wonka, Jr.”and “Seussical the Musical, Jr.” to the stage.

In 2020, the drama club was scheduled to perform Disney’s “Beauty and the Beast, Jr.” However, due to the precautions implemented as a result of COVID-19, the show was canceled. After returning to in-person learning in the fall of the 2020-21 school year, leadership decided that “Beauty and the Beast,Jr.” would still be performed, rather than beginning a new production as previously planned.

As a result of the new guidelines in place, virtually every aspect of the show had to be altered. The cast size had to be limited, resulting in many actors and actresses being required to perform multiple roles in the show. In addition, the previous choreography and stage directions were drastically changed to accommodate social distancing. Furthermore, both the cast and the audience were required to wear masks at the performances.

After two years of intense preparation and overcoming these new challenges, the drama club was finally able to perform “Beauty and the Beast, Jr.” on May 14 and 15, 2021. There was one performance held on Friday night and there were two performances held on Saturday.

Prior to this show, Sharpe discussed her favorite performances and noted how impressive the shows are.

“I would have said ‘Willy Wonka’ is my favorite, but I think ‘Beauty and the Beast’ is going to be the best show we’ve ever done,” said Sharpe.

After the production was over, the audience and cast members all agreed with Sharpe’s prediction; the drama club gave an unmatched and unforgettable performance.

This year was Sharpe’s final year at Westville Schools as she will be relocating to a different state this summer. She expressed that she will greatly miss the sense of community within the school. Everybody in the school community appreciates all that Sharpe has done for the school, staff, and students in her five years there and they will miss her dearly.