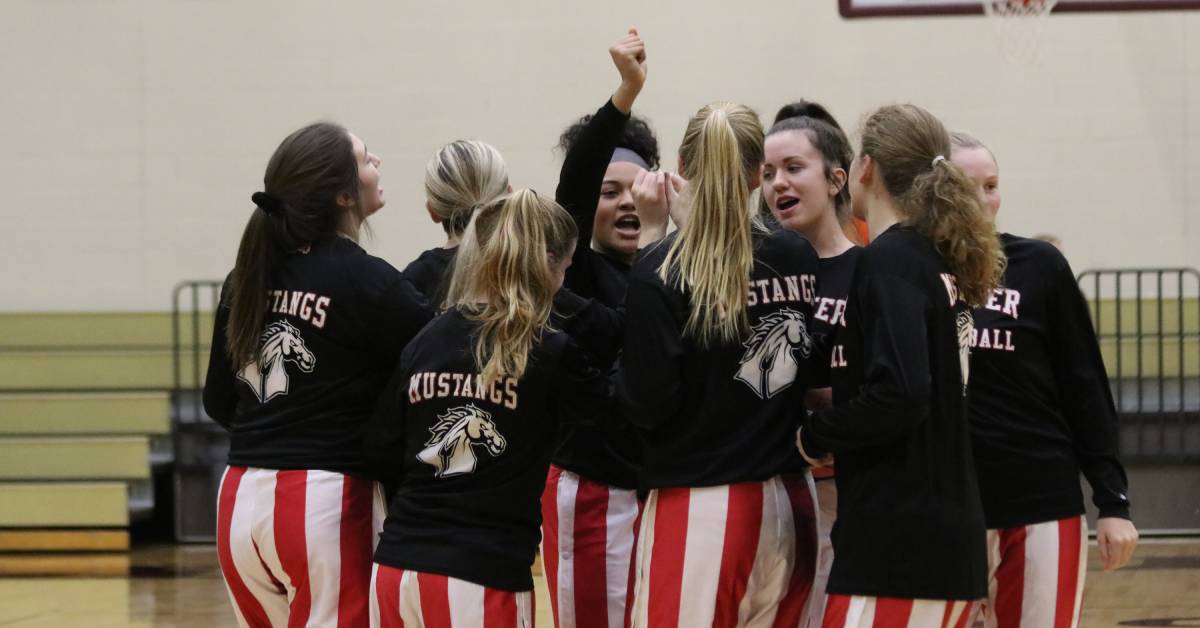 The Lady Mustangs continue to plow through each girls basketball team they play, holding an 11-0 record on the season.

Although it was finals week, the members of the Class Executives Council (CEC) came together to fast forward and work on some ideas for a prom theme…to be continued!

On Dec. 22, Michael Schlotman organized the first Annual Munster Alumni Basketball Game. The funds raised from this great event will go to both Alzheimer’s and Munster High Athletics department.

When they hear the name Bernadette Grabowski, many would think of their fifth-grade teacher at Frank Hammond. Others may shout, “That’s my freshmen girls’ basketball coach!” Still, others would recall being her teammate. This is because Grabowski was once a student-athlete at Munster High school who graduated in 2013. She went on to play basketball on a collegiate level for Indiana University Northwest. Grabowski knew early on that she wanted to major in Elementary Education, so she did. After completing her education at IUN, she decided to return and pour back into the community where it all started for her.

“My parents live in Munster and I know the school corporation is one of the best in the state. I wanted to coach in a place where I played,” Grabowski said.

Grabowski is the freshmen girls basketball coach and is enjoying every minute of it.

What about game day rituals?

“Truthfully, as a player, I never really had a game day ritual. I would wake up thinking about the game and the scouting report. Depending on whether I had class, I would try and make sure to eat snacks and drink plenty of water throughout the day,” Grabowski said. “I always like to feel prepared, so usually I watched film before games. As a coach, I like to send out a game-day message. I like to remind the girls of a big day and when to arrive. I end with some motivation to get the girls ready to get a win.”

Emily Eisha is a senior at Munster High School who is involved in both the girls basketball and girls track teams. Eisha’s basketball inspiration is Lauri Markkanen, a power forward for the Chicago Bulls. But her dream sport to play would be hockey, simply because of her love for the game. She frequently attends Black Hawks games.

Eisha continuously volunteers her time, and her favorite place to volunteer is with her church youth group. Her next step after high school is attending college, and her top choices are Butler University, Valparaiso University, and Eastern Michigan University.

“I have been accepted to all, but Butler would be my top choice because it’s close to home and near Indianapolis,” she said.

Eisha has a big heart for animals, specifically dogs. Five years from now she imagines herself having a puppy and a career that will support her as well as her dog.

Munster High School students will return from holiday break Jan. 6, when they will begin the new year with a new semester.

With this new semester comes a clean slate for new grades, so students will be ready to work hard academically. As individuals work on their personal New Year’s resolutions, the Munster Town Council will be doing the same.

During the Town Council and Redevelopment meetings on Jan. 13, officials will discuss how to better the community for a new year. A part-time job fair will also be held from 1-5 p.m., Jan. 20 at the Munster Town Hall.