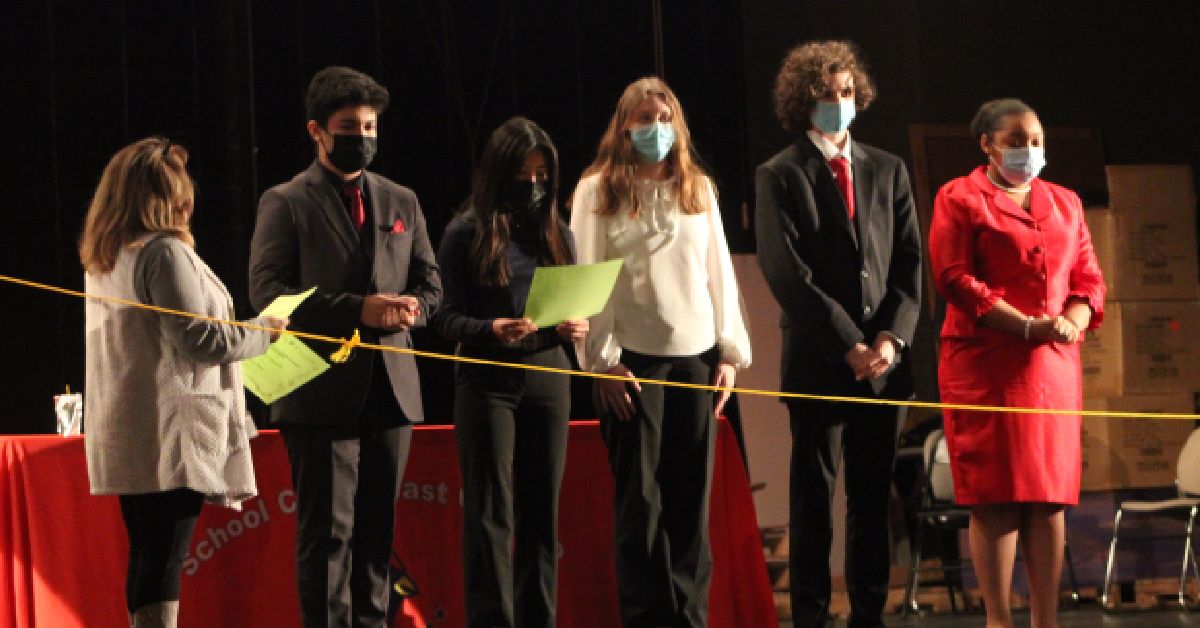 East Chicago Central High School (ECCHS) has had many events happen in the last couple of weeks. On February 5, ECCHS' speech and debate team performed well in a meet. ISTEP standardized testing has also been taking place. Good luck to all students involved in the testing.

This past Saturday, February 12, there was a semi-state wrestling tournament between ECCHS and RIver Forest High School. There were some great matches between each of the teams, and everyone involved was excited to be there, whether they were a wrestler, coach, or spectator.

There has also been a lot of sporting events going on these past few weeks, and more coming up in the future. On February 7 though the 13, ECCHS played schools including Lake Central High School and Marquette Catholic High School. The team performed well in both games.

On February 22 ECCHS will be competing against Highland High School, and then Gary Lighthouse Charter School on the 23rd. Finally, on February 25, ECCHS will be up against Griffith High School. These games have been highly-anticipated, and will likely have a large show of support from students.

On February 15 all parents are invited to a virtual annual Title 1 parent meeting to talk about the Title 1 Program and to get a chance to collaborate and give input. This is a great opportunity that many parents do not want to miss.

As the end of the school year quickly approaches, seniors are prepping for their life after high school. This week, Doug Kingsley will be coming again to help out any senior who has any questions or concerns with caps and gowns. Senior pictures will be taken on February 15. Seniors, get your smiles ready!

On February 17 the National Honor Society at ECCHS will be holding their induction for this year's new members. Lastly, in celebration of Black History Month, the ECCHS African American History club will be putting on a virtual program on February 25.

Michelle Horst has about 13 years of teaching experience at ECCHS. She also teaches a great number of classes at the school.

“I'm open to taking on more to help out the building,” Horst said.

Horst has recieved a few awards over her years of teaching as well. She has just recently gotten an award for perfect attendance this year, which was awarded to her in the first grading period this school year. In December of 2015 she was also awarded teacher of the month.

Senior Grecia Alcantar is a student who is hard working, diligent, responsible, and goal driven. She is also very involved in school and has great school spirit.

Alcantar is also someone that will help anyone if they are in need, and some of the teachers say that she is an outstanding student who strives for greatness.

She was recently selected as a 2021 Lake County Lilly Endowment Community Scholarship recipient. This scholarship will allow her to go to any college in Indiana for a full ride. Since recieving this scholarship, Alcantar said she will be attending the University of Notre Dame.

With all of the hard work Alcantar has put in throughout her high school career, everyone can see that everything that she has done paid off in the end. Congratulations are surely in order for Alcantar, and the ECCHS community wishes her well in the next chapter of her life.