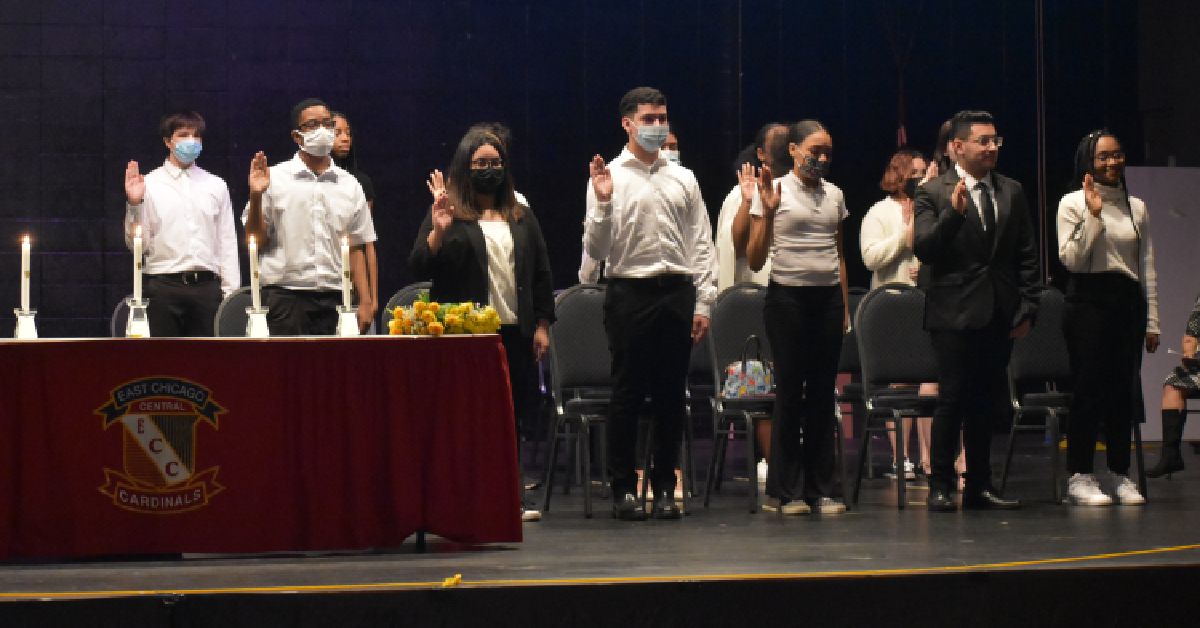 A lot of exciting and memorable things have happened recently at East Chicago Central High School (ECCHS). On March 2, a ceremony was held to induct new members the National Honor Society (NHS). There are in total 20 new members that have been inducted into the NHS. Congratulations to all of the scholars who worked hard and achieved this opportunity.

On March 4, the ECCHS boys varsity basketball team went up against Lake Central High School, where Dominique Murphy was named player of the game.

On Wednesday, March 9, there was a senior parent meeting at the school from 5 p.m to 6 p.m. At this meeting all of the seniors and their parents got to talk about the fun activities coming up for the seniors at the end of the year, as well as some of the requirements that are being counted for these last few months of school.

Parents and students were also able to see the Herff Jones rep Doug Kingsley, who was able to give more information on how to receive their cap and gown.

Additionally, on March 11 ECCHS had some students take the Armed Services Vocational Aptitude Battery (ASVAB), so good luck to those who have taken the test. The school is hoping that everyone did well.

Coming up on March 17, there will be a make-up picture day for any of the students who either need retakes or have yet to have their picture taken. On March 18, there will be a lock-in at the school only open to seniors and juniors from 10 p.m. to 6 a.m. There will be a lot of fun games that will be played, as well as music, dancing and a lot more fun activities that will make the night one to remember.

That same day, March 18, will also be the end of the grading period for quarter three of the second semester. This also means that spring break is on the way, occuring from March 21 to March 25. In light of this, there is only one more quarter left of the school year. So let’s keep working hard and finish strong!

Angie Moya is a great teacher at ECCHS. She has been teaching at the school for about four years, mainly in the subject of science with classes such as physics and biology. If you’d ask any of her students about how good of a teacher she is, they would probably say that she knows how to get the job done. She always strives for her students to do their best, and she believes in her students greatly.

If you think about all of the qualities that a teacher has and apply them all to who Moya is, many would say that she is a great communicator, listener, and one that can motivate her students well. She always wants what is best for her students no matter what.

In addition to her hard work and dedication, all of her students can say that they use a lot of the advice that she has given because of her care for the students.

Senior Ramiro Guerra is a senior at ECCHS, and is doing everything he can to achieve his goals one step at a time. He has made some big accomplishments, and has become more involved in various activities at school over the years.

As a scholar, Guerra works to be a hard working, responsible, and diligent student.  If you ask any teacher that he has had, they would all say the same.

He was a part of the French club from 2019-2020. He is also in the National Technical Honor Society (NTHS). Additionally, Guerra was announced as being in the top 20 of the senior class. Finally, he was also one of the new members inducted into NHS.