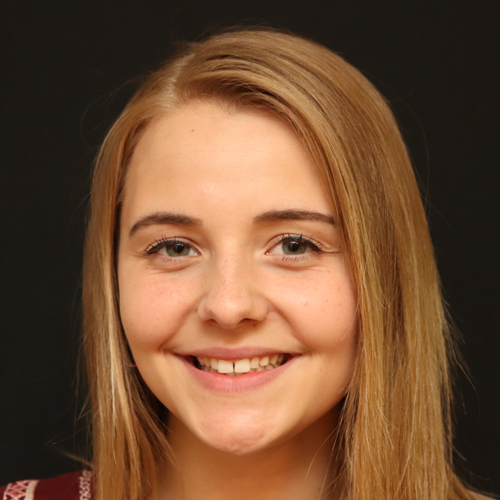 Jessica Tenbusch, one of La Porte High School’s new teachers, does not just teach an ordinary class; she teaches with a twist.

Tenbusch teaches the newly introduced Dance Choreography class. Being a dancer since eight years old, and after attending the University of Western Kentucky to earn her Bachelor’s degree in dance, she has brought a professional opportunity to students looking to follow her lead.

Though Tenbusch spends a large amount of her time dancing, she also enjoys taking part in outdoor activities.

“I really like doing things such as hiking, camping, and kayaking,” Tenbusch said.

Tenbusch has already begun making a difference in her students lives. Students have been noted to refer to her as “inspiring” and “encouraging,” and many have agreed that she is a great fit into the school’s assortment of teachers.

As Tenbusch continues her first year at LPHS, she is excited to build relationships with her students as well as see how they grow and learn to express themselves through dance.

Abigail Roberts, La Porte High School senior, has been making a name for herself at LPHS over the past four years.

Roberts is involved in GR, Student Council, Tri-M, Principal’s Advisory Council, and National Honor Society. She is also a member of the swim team and the symphony orchestra, and she is the president of Spanish Club at LPHS.

Roberts does not stop her extracurricular activities at school; she is also highly engaged in dancing, and has found one of her dance teachers to be somebody she looks up to.

“One of my greatest role models is Krystal Rose. She is one of my dance teachers at Works In Motion Dance Company. She pushes me everyday and she has made me the person that I am. She expects a lot out of me because she knows what I am capable of,” Roberts mentioned.

She has shown to be successful in her activities and sports, and she has racked up some exceptional achievements through them.

“I attended the Rockettes summer intensive this past summer in New York after I went to audition in Chicago beforehand, and I broke my schools 30 year old 50 freestyle record for swimming,” Roberts said.

Being involved in what seems to be an endless list of activities, Roberts manages to keep a high GPA, complete community service hours, and find time to think about and determine her future academic plans.

“I plan to attend Butler University and study in their physician’s assistant program. I am also considering continuing athletics into my collegiate career,” Roberts said.

After years of finding her true talents and dreams, Roberts looks forward to what the future holds for her.

La Porte High School has introduced a new class to its students for the 2018-2019 school year: a Dance Choreography class.

“It has a way of allowing you to express yourself without being judged. It’s a class that makes you feel comfortable and makes you want to learn and do something new,” Natalia Chrzaszcz, senior student, said.

The dance class does not just focus on one style of dance; while technique is occasionally touched on, the class is more about developing one’s personal style and learning how to create original routines.

“We learn about different elements of choreography so we can develop a dance that can tell a story or have some type of meaning behind it,” Tenbusch said.

Students in her classes have already began gaining strength and flexibility; the biggest milestone reached so far, though, has been said to be their growth in confidence.

“Most were very nervous about getting in front of their classmates to present their choreography, but we have gotten to know each other, and I feel that they all know my classroom is a safe space,” Tenbusch said.

Though Tenbusch’s classes take place in the small gym at the high school, her class is still made to be a very mature atmosphere. Students understand that, due to the fact that everybody expresses themselves differently, everybody dances in different ways.

With nothing but great comments regarding the new class, underclassmen are already planning to, and are encouraged to, sign up for next year’s Dance Choreography class.

Fall Fling is put together by the LPHS Student Council and will occur on November 3rd in the LPHS cafeteria. Aside from Girl Reserves, Fall Fling is the only dance at LPHS which all grades are welcome to attend.

This year’s theme has been announced to be “rustic chic,” and students can expect nothing short of incredible.

“We wanted a simple, yet classy dance with decorations such as twinkly lights and a color combination of burlap, white, and lilac purple,” Tiffany Lin, senior Student Council member, said.

Last year’s Fall Fling theme was “masquerade,” and students were in awe over the decorations and setup; this year, students are prepared for an even more extravagant night.

“I’m so excited to see the decorations for this year’s theme!” Jocelynn Coleman, senior, said.

While the time of the dance has not yet been announced, students are encouraged to begin preparing. More information, such as ticket prices, times, and necessary items to bring, will be released at a later date.