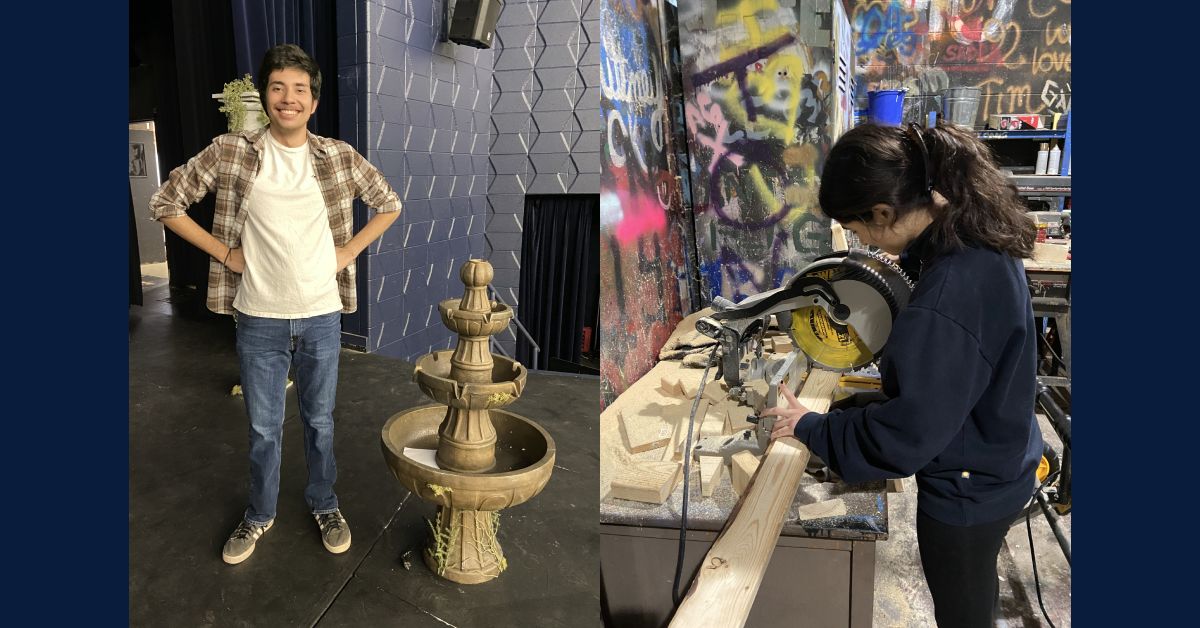 In the upcoming fall, it is going into the eighth production under Theatre Instructor Kayla Konkle (Miss K), who has been in charge of the theatre department at Bishop Noll for the past five years. These productions have ranged from plays to musicals, and each production has been unique and different.

The theatre department is more than acting. It has written grants so department members could get new construction and sound equipment. This will help better the background and scenery of future productions.

The theatre department has grown its numbers over the years. Many kids have gotten involved, whether it be working backstage or acting. The department has also established a relationship with the local Towle Theatre.

Overall, the theatre department has a positive impact on the school and the students. They have competed at international thespian conferences, where they have received awards for excellence. Most importantly, theatre has created a safe place for everyone to be who they are without judgment.

Konkle has her eighth production coming up shortly, “Eurydice,” a retelling of a Greek myth. It is expected to be a whimsical and fantastic production.

The production has many crews that help it come to life: a hair crew, a makeup crew, a set crew and the actors. Each crew is important and has their own role; and the play would not be complete without each of their contributions.

In addition to the crews, there are also workshops for actors, backstage production workers, and hair and makeup stylists. The workshops help the crews get a sneak peek at the upcoming production and let them know who they’ll be working with.

A club that goes along with theatre is Drama Club, a group that allows kids to learn about the ins and outs of the theatre world. Drama Club activities include Disney Day, where kids come dressed up and participate in activities such as singalongs, crafts, bonding activities such as going to see plays and other school productions, and bake sales for the department.

Konkle is originally from Fort Wayne, Indiana. She chose to teach at Bishop Noll because it was close to home, and also close to Chicago, which is an amazing place for the arts.

Konkle's love for theatre started in sixth grade when she saw a production of “Oliver!” and her love only grew from there.

In high school, she explored her passion for the theatre by taking classes and getting involved in productions. This made her realize that she likes both performing and building productions. Eventually, she realized that she loves working behind the scenes more.

She was inspired to become a theatre teacher and share her passion with the world.

"If I could share with the world how amazing theatre can be, that would be an incredible job to have,” she said.

Konkle went to Ball State University for Theatre Education and Acting. It has been a journey for her, but seeing kids enjoy theatre and thrive in it is what keeps her going.

Everyone has their unique student spotlight. Theatre at Bishop Noll is more than a club, it is a safe place where people can grow and discover who they are.

Theatre allows students to explore opportunities they never had before. For example, kids are given opportunities to act, learn hair and makeup techniques, and build stages.

“It allows them to push their limits and make discoveries about themselves and each other. There are certain life lessons that theatre teaches us,” Konkle said. “They are learning valuable communication, social, and emotional skills, all while learning how to work together as a team to build a production.”

The students also see theatre as much more than a classroom.

“The lessons I’ve learned from theatre and drama have affected my life and helped me grow as a person. They have taught me how to dedicate and manage my time between studies and hobbies,” said Aranza Toral Arellano, a senior who has been involved in drama club and musicals.