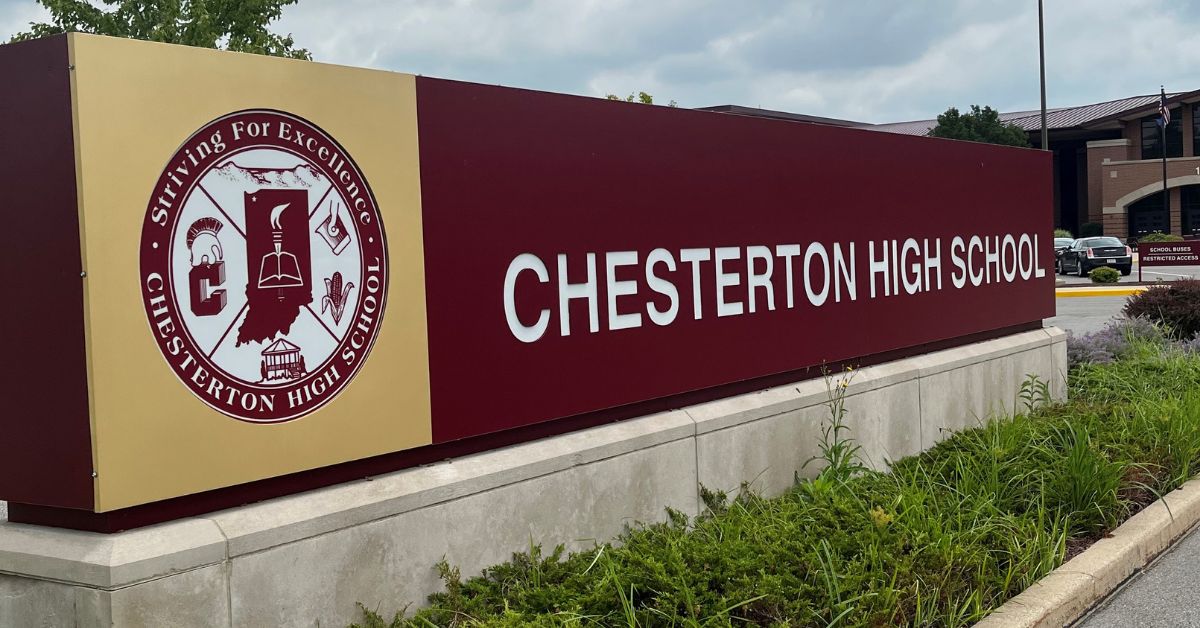 To commemorate July 4, fireworks were set off in Hawthorne Park honoring a day of hard-won independence. The event began at 9 a.m. with a parade leading from Yost Elementary School and ended in Hawthorne Park.

Children were free to play games, indulge in activities and kiddie rides, explore a bounce house, and participate in a brick toss contest; while older audiences could partake in karaoke.

Visitors were welcomed to sit in the grass and spend the day relaxing and creating memories with friends and family. Local band Janky Limo performed in the park from 6 p.m. to 10 p.m. and accentuated the casual vibe.

As dusk settled, the powerful fireworks shot upwards and patriotic songs were played throughout the park. The dazzling display sounded off mighty booms as all eyes were transfixed on the sky. The firework’s finale was thrilling – each loud clap of the colorful explosions could be felt and were set off at a rapid pace.

Hawthorne Park proved to be an exciting and family-friendly destination to celebrate Independence Day.

Chesterton High School is welcoming incoming freshmen for the 2022-2023 school year. An event called Trojan Charge is an opportunity that eases former middle schoolers into the high school environment. Trojan Charge will take place on Wednesday, August 3 and will last from 8 a.m. to 1 p.m.

It is requested that those in attendance will arrive at Chesterton High School on time. Students may enter through door 31 for the orientation.

Trojan Charge is a unique occasion for new freshmen to become familiarized with the high school. This gathering will allow students to spend quality time adjusting to the building, as well as forming connections with other classmates and teachers.

The event will allow for new freshmen to socialize with upperclassmen and other new students. Freshmen will also have the ability to work with their lockers and sign up for various clubs and programs that may pertain to a student's interests such as foreign language clubs, art club, chess club, creative writers club, and many more.

Students will be able to meet with teachers and staff members, as well as follow their schedule around the building. Lunch will be provided for those attending. Students will also be given their new devices that will be used during the school year.

Good luck and best wishes to the incoming freshmen!

Adrian Banimineih is the owner of Chesterton's Amstar on 878 Broadway Avenue.

Originally from Jordan, Banimineih came to the United States in search of education and has remained in the country for 35 years. Banimineih studied engineering at Harold Washington College, City College of Chicago.

Banimineih decided to venture into the business of owning and operating an Amstar when he noticed the welcoming neighborhood it was located in; not to mention that the business offered considerable profits.

His favorite aspect of owning a gas station? He gets to meet all different kinds of people!

With Chesterton holding its small-town charm and sense of community, personal connections can be made between business owners and customers through a shared signification of trust and amiability.

“I love it, you get to know everybody here in this town,” Banimineih said.

The next time you find yourself needing to stop in a gas station, come say hello! Banimineih has never met a stranger. His hospitality and kindness is sure to make you leave with a smile.

“I love them all. I do respect every single one of them – young and old. I hope to keep the community clean and care about each other," said Banimineih.