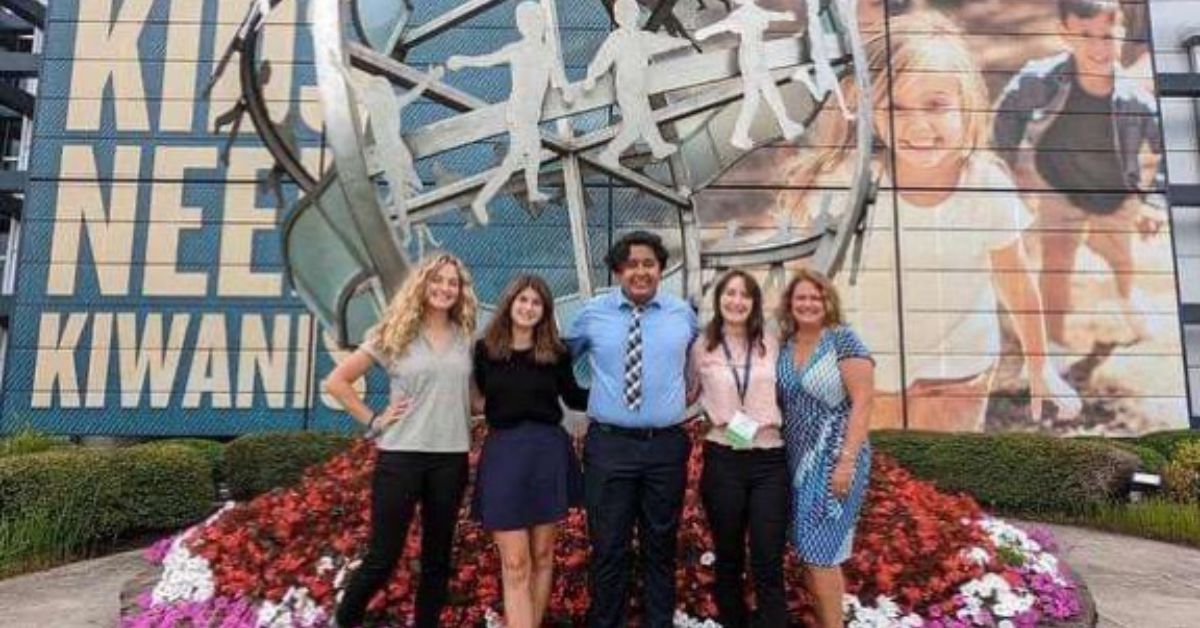 Health Occupations Students of America (HOSA) is a club at Hobart High School whose mission is to promote career opportunities in the health industry and to enhance the delivery of quality health care to all people.

Recently, HOSA organized a Trunk-or-Treat event and placed second in the competition.

Trunk-or-Treat is an event that allows safe trick-or-treating for all people. Participants can engage in crafts and decorate their cars for some extra fun.

Student Council members are planning a holiday market named “Yohan’s Holly Jolly Holiday Bash,” or the YHJHB. This event will be similar to the farmer’s market that takes place in the spring, which consists of vendors selling different items, most of which are handmade. According to members of the Student Council, there are about 30 vendors who are interested in participating in the YHJHB.

Prom planning season is here, and although prom is in the spring, the Student Council is putting many plans into action.

Even the date and location of the prom are official and finalized. Hobart High School’s prom is being held on May 13 at St. Elijah Event Center in Merrillville.

The junior class is working towards making fundraisers to raise money for prom and giving out service hours to those who help decorate. They are in the midst of making a committee for prom. The theme is still in the process of being chosen.

Sara Basiaga is a chemistry teacher at Hobart High School. She is originally from Lansing, Illinois, and grew up with two younger brothers.

“In many ways, it was very different from today’s time; we didn’t have cell phones or the internet for a while, but it was also very similar,” said Basiaga. “My friends and I would always get ready for Halloween parties together and Homecoming, stuff like that.”

After her teenage years, she went to college at Purdue University where she received a bachelor’s degree in science.

“I knew in high school that I wanted to do something with science and working with people,” said Basiaga.

After attending Purdue, she went to the University of Nebraska-Lincoln (UNL). There, she acquired her master’s degree in science.

One of the best moments in her life was working at UNL; this really impacted her decision to become a teacher.

“If I hadn’t done my job at the University of Nebraska, I don’t think I would have ever ended up as a high school teacher. I got to work with science and young adults,” said Basiaga. “Then when we moved, it was a really natural transition to say, ‘Well, half my job was working with 18 to 21-year-olds, I’ll go work with high schoolers.’”

“There’s just such a different energy that high schoolers give, and I love that I get to see kids who don’t know what they necessarily want to do, and then I also get to see kids who are coming by during passing period and saying, ‘Hey, I got into Ball State.’” said Basiaga.

In Hobart High School, it’s no secret that she is a favorite teacher of many students. Students will often sit in her classroom in their spare time and will have conversations in the hallway for the entire passing period. A line of students waiting to talk to her always forms during the passing period.

She believes that is because the students trust her.

“I think I give them a level of safety and security and knowing that there is an adult somewhere in the building that cares and is invested in seeing them,” said Basiaga.

Outside of school, Basiaga has a husband, two dogs, and a 13-year-old child who plays soccer.

Baiaga’s other hobbies include studying martial arts. Basiaga is a fifth-degree black belt in karate.

“It's a fairly good physical release, but it’s also a very self-defense-oriented art, which I think is really important for everybody to feel safe and confident,” said Basiaga. “It just changes how you perceive things.”

Basiaga’s advice to students would be to try new things.

“Don’t be afraid to go out of your comfort zone, and if something isn’t working, try something different,” she said.

Ella Freimuth is a junior at Hobart High School and is involved in Key Club, track, and soccer. She has also been on the A Honor Roll for every year of high school.

Key Club is a club that is for community service, but members also meet and create special bonds with many people. She joined at the beginning of her sophomore year.

At the end of her sophomore year, Freimuth ran for a vacant Lieutenant Governor position (LTG) and now governs five different Key Clubs in Northeast Indiana. She also aids in running the Indiana Key Club Instagram and Tiktok page @inkeyclub.

Last year, Freimuth went to the District Leadership Convention (DLC) in Indianapolis. The DLC is a convention where people run for district and executive board positions; they meet and do service projects that view different events that other Key Clubs are doing.

She also went to the International Convention (ICON) in Washington D.C.. This is a Key Club event that members from all over the world attend. Members also run for positions but at the international level.

Along with Key Club, Freimuth is very involved in sports and has been a varsity starter for soccer since her freshman year. She also runs track at the varsity level.

In these past three years of soccer, Freimuth is the reigning champion of the “Class Clown” award.

“It’s just fun to work with the people I love, and I like competition,” said Freimuth.

Aside from school, she loves music and collects CDs and vinyl records.

“I have hundreds of CDs, and I have a huge record player and stereo setup in my room,” she said. “I also love finding new music because there are so many songs out there that I never even knew existed. I also love bonding with people over music.”

Freimuth plays the bass and adores attending concerts. Another thing Freimuth loves is the city. She enjoys walking around Chicago window shopping and getting coffee.

Due to her fondness for film, she wants to be involved in the film industry when she gets older.

“It’s not what you do, it’s who you are,” she said. “I feel like it’s hard to know someone by telling people about yourself; it takes actually being around them and getting to know them to really understand who they are as a person. I can tell you all of the stuff I do, all of my achievements, but you still won’t know me as a person. Don’t judge someone before you get to know them.”