Students Accept New Roles for Upcoming School Year
August is a bittersweet time at Andrean High School. The graduates of the class of 2016 begin moving away for college, but the gap they leave is soon replaced by a crowd of eager, apprehensive freshmen. August signals the time for change, and Andrean holds a series of orientations to make certain that every student and teacher can grow accustomed to the change that accompanies a new school year.

The first orientation was the teacher orientation, held on Wednesday, August 10. This orientation took place off-campus, and it gave the teachers a chance to bond before the year really kicked into gear. It featured a mass service, which Andrean holds as an ultimate bonding experience, joining together in the name of faith.

The second and perhaps most important orientation took place the following day on Thursday, August 11. That was the freshman orientation. Members of the class of 2020 began arriving on campus around 7 a.m., where they were met by Andrean ambassadors holding welcoming posters outside the school doors. The freshmen shuffled to the cafeteria, where they were able to make small talk with each other and with the upperclassmen there to help out. At 8 a.m., the day really began. The new Andrean 59ers were broken up into six groups, each with a color. These groups, led by Andrean ambassadors, went through icebreakers to make the new students more comfortable with each other as peers. 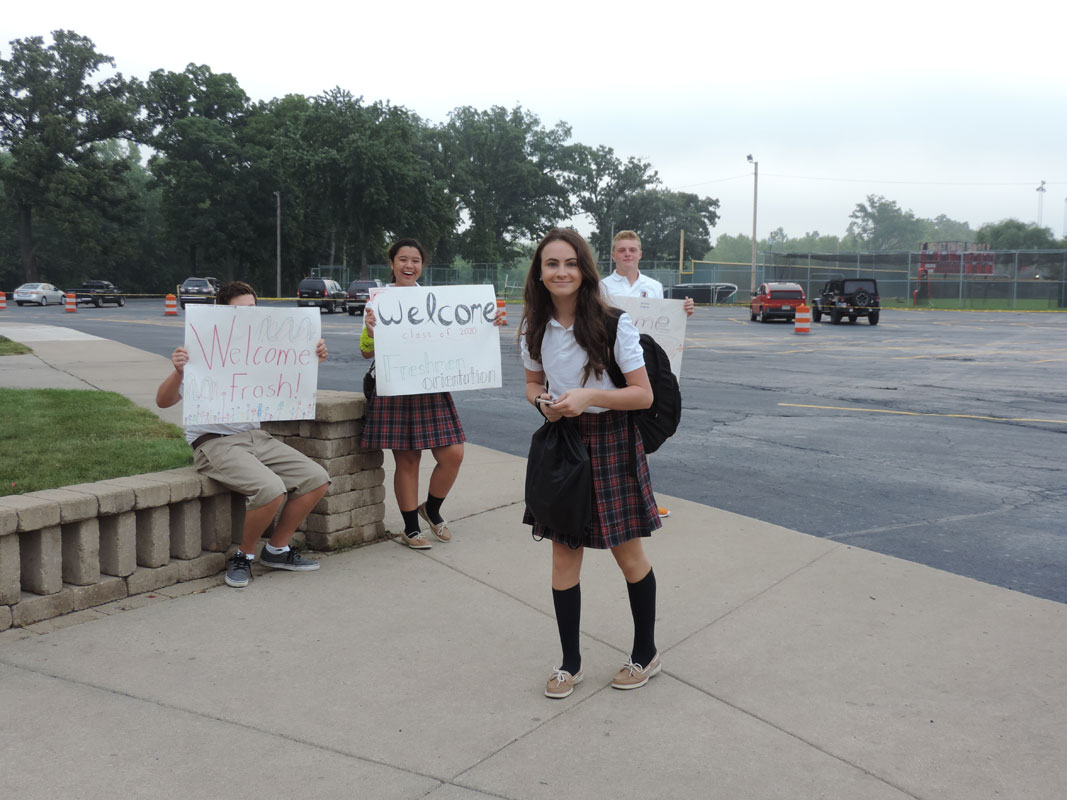 At 8:45, rotations began for three different sessions. These sessions aimed to familiarize the class of 2020 with their new Andrean email accounts, checking their grades online, and the disciplinary policy. After these sessions, the students were given the opportunity to run through their schedules, led by announcements on the P.A. system letting students know when they should be reaching their next class. This mock-school day allowed the students to learn the best route to their classes and even when they are able to stop at their lockers.

As the day neared 11 a.m., students returned to the cafeteria. They were given popsicles and took their first class picture. Then the class of 2020 was dismissed until Monday, when they will return for their first day of high school.

Most schools only have freshman orientation, but Andrean holds returning student orientation as well. From 8:00 a.m. to around 12:30 p.m. on August 12, each upperclass returned for orientation in 90-minute intervals. Students took ID pictures, received their schedules, and were reminded of the uniform code. Upperclassmen were also given the opportunity to run through their schedules. Seniors were informed of their senior privileges, one of which was the lunch that was provided immediately following orientation. The class of 2017 sat around at lunch tables in matching pleated skirts and maroon polos, eating pizza and discussing plans for their last year of high school. 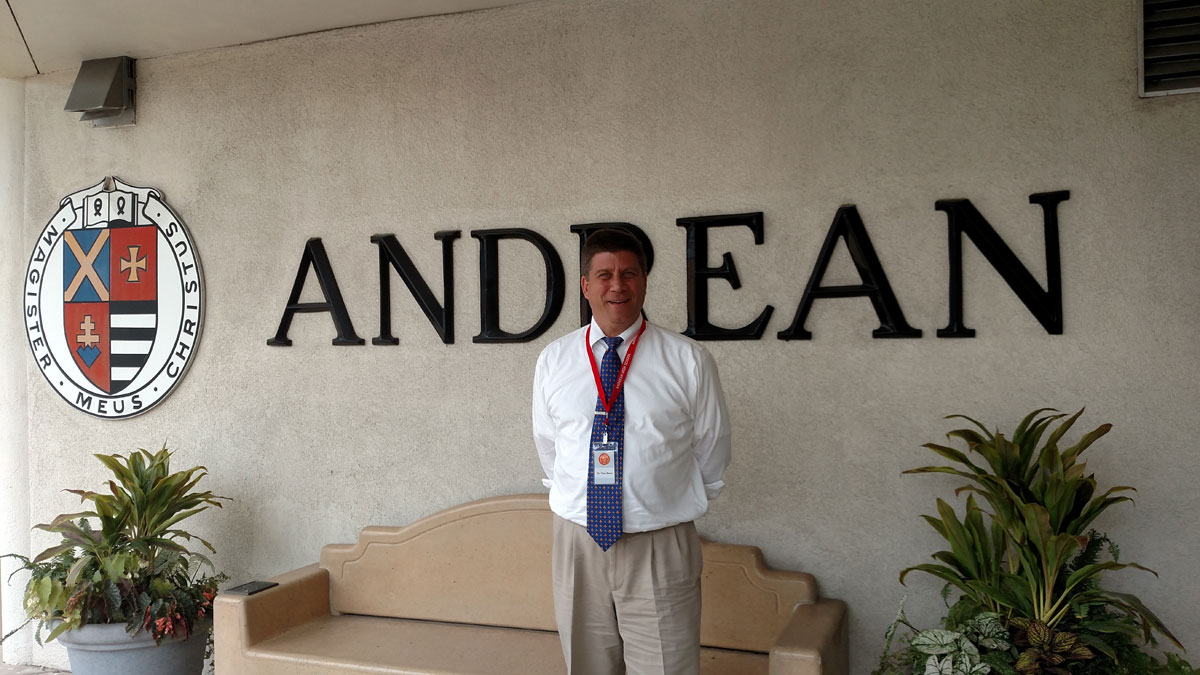 Dr. Bonta (‘83) Returns to Andrean as Acting Administrator
The Andrean community is welcoming Dr. Tony Bonta as the acting administrator of Andrean High School for the 2016-2017 school year. When he attended Andrean as a student in 1983, he was voted Most School Spirit, and he still believes in the cause. One of his goals as acting administrator for the upcoming school year is to bolster school spirit, and he plans to do this in many ways.

First, Dr. Bonta aims to empower the students by helping them believe that this is their school. He is focusing on the positive elements that Andrean students want in their high school experience.

“That’s probably my number one goal,” he said. “To help the students have the kind of year that they want to have.”

That is one of the reasons he is working to improve the physical condition of the building. There have been a series of renovations taking place during the summer that will continue into the school year to make the school building look beautiful. Dr. Bonta hopes that students will be able to take pride in their school.

Secondly, the support of Dr. Bonta goes out to the faculty and staff as well. That may mean providing what they need to do their best job as teachers, allowing them to seek excellence in their individual roles. He has already begun that process in hiring new staff members to help with tasks that will allow teachers to focus on their teaching roles. For example, after listening to some things that teachers had to deal with medically, a nurse was hired to handle those issues.

“[My goal is] to help create a safe environment for everyone and a bold new future for whatever that may mean,” Dr. Bonta said.

“It’s no secret that Andrean has received some bad press,” he pointed out.

However, he sees that as a challenge to the Andrean community to do their best internally so that they can show others externally that they are committed to moving forward in a positive way. Andrean’s motto is “Magister Meus Christus,” meaning “Christ is my teacher.”

Dr. Bonta said, “It brings out the best in us, so that there’s no time for bullying or belittling… That means every student fulfilling whatever vocation they are called to.”

Dr. Bonta’s influence will be felt in the many tasks he will accomplish as acting administrator, including overseeing the whole school and meeting with the student council, the faculty and staff council, and donors along with various other stakeholders in the community.

Hopefully, these will go a long way in helping Andrean succeed. After all, that is one of the main reasons Dr. Bonta accepted this position at Andrean.

“It was my passion and love for Andrean High School, because I want to help this school become what it is called to be,” he said.