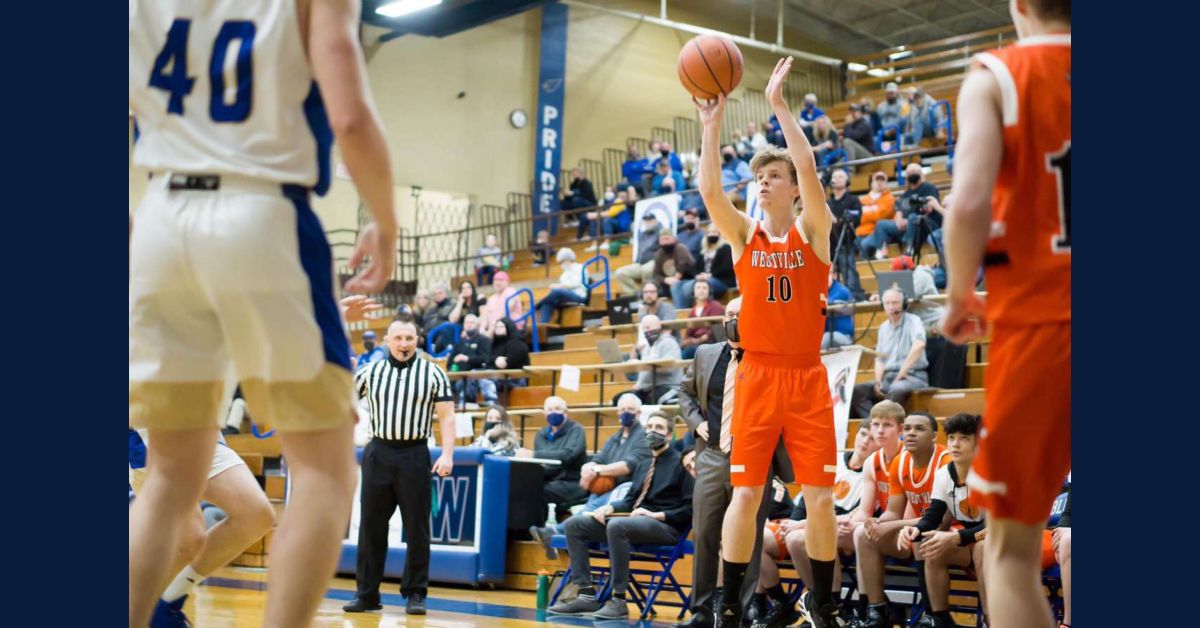 Alec Hannon is a senior at Westville High School. He has attended Westville since kindergarten. Throughout his years there, he has been an active member of his school community.

Hannon has always had a passion for athletics, so he has been involved in many school sports throughout his high school career. He has been a member of both the cross country and track and field teams for three years, and he also joined the school’s golf team this year.

Basketball has always been Hannon’s favorite sport. He started playing in elementary school and has continued to play throughout the entirety of his school career.

“It’s my favorite because I’ve been doing it for years and it has always been the sport I’ve worked at the most,” Hannon said.

In addition to athletics, Hannon is involved in many of the school’s extra curricular activities. He was a member of the Science Olympiad team for two years, making it to state both years he participated and even medaling in one of his events at the statewide competition. He has been a member of the athletic council and National Honor Society (NHS) for two years. This year, he is the treasurer for NHS.

Hannon especially enjoys DECA, which he has been a part of for the past three years. In DECA, he participated in the Fast Food Services event, where he completed mock interviews and tested his knowledge of business, marketing, and service. Out of his three years competing, Hannon advanced to state twice.

Though his senior year was not what he had expected, as many events and activities were no longer available as a result of the pandemic, Hannon is excited to finish out his senior year.

“I’m happy being around my friends and getting to enjoy one last year with all of them.”

When he graduates, Hannon will be attending Purdue University in West Lafayette, where he plans to study engineering. He noted that he is quite excited to study at Purdue, as many of his family members have also become engineers after attending Purdue. He also looks forward to more freedom and independence in college.

Jon Gerolium is Westville High school’s Spanish teacher, where he has been teaching for 15 years. Before coming to Westville, Gerolium taught at Oregon-Davis High School, Rushville High School, and Michigan City Junior and Senior High School.

At Michigan City and Rushville High School, Gerolium was able to become a coach as he had hoped. At Rushville, he coached freshman basketball, and at Michigan City, he initially led the eighth-grade team, and he eventually became the school’s junior varsity coach. Altogether, Gerolium has coached for almost 10 years.

A few years ago, Gerolium was approached by one of his students, Mason Kraemer, who had a passion for his class. Kraemer wished to create an after-school club with Gerolium to celebrate the Spanish language and culture. Gerolium eagerly agreed to help start and run the club, which has now been running for three years.

In Spanish Club, students learn more about Spanish history and culture while practicing their knowledge and fluency of the language. They play games together, eat authentic cuisines, and attend various local events celebrating various holidays of the culture.

“I really enjoy getting to be a part of it and interacting with the people there,” said Gerolium.

When Gerolium is not teaching, it is safe to assume that he is on the golf course. Golfing is Gerolium’s passion, and he absolutely loves to spend his free time playing the sport with his friends. Gerolium often participates in dart tournaments and enjoys riding his bicycle, both on and off the road. He is an avid fan of music, particularly rock and metal, and as a result, he loves attending concerts in his free time.

This year has been particularly challenging for Gerolium because of COVID-19. Like many others, almost every aspect of his teaching was changed as a result of virtual learning and safety procedures. Gerolium is anxious to return to the normal way of teaching once it is safe, as he is concerned that his students are not able to obtain the same high school experience and education as they were once able to. He noted that, despite the difficulties faced this year, COVID-19 really helped him appreciate the things everyone was able to do and experience in the past.