Viking Girls Soccer
Known for their determination and strength, the girls soccer team never gives up. They are more than confident that this year will be their year to give it everything they have got. Year after year, the varsity girls soccer team finds themselves getting closer and closer to a Sectional, Regional, or State title. After waiting for their chance to truly showcase their talents and work their way to the top, this year may end up being the successful one.

Ever since a group of four freshman helped their team make it down to Semi- State finals in 2013, that same group of four has been dying to do the same with the help of new players. As seniors this year, they are giving it all they've got for their last chance.

Stephanie Sgouroudis, Emily Farmer, Ingrid Wagner, and Emily Miltenberger have played on varsity all four years of their high school soccer careers and are more than hopeful this year to pave their path towards state. Ranked number two in the region this year, behind Munster, this Thursday’s game against the Mustangs is one that you definitely won't want to miss.

Not only will this game be the one to watch, but there will also be Meet the Vikes night after the game! Key players include Stephanie Sgouroudis (Senior), Kelly Landry (Junior), Olivia Shaw (Sophomore), Emily Farmer (Senior), and Madison Ochs (Junior). The Vikings have said how specifically they hope to win DAC championship as well as claim the Sectional Championship Title.

The Vikings wukk place host to DAC-rival Lake Central on September 20th. Be there. 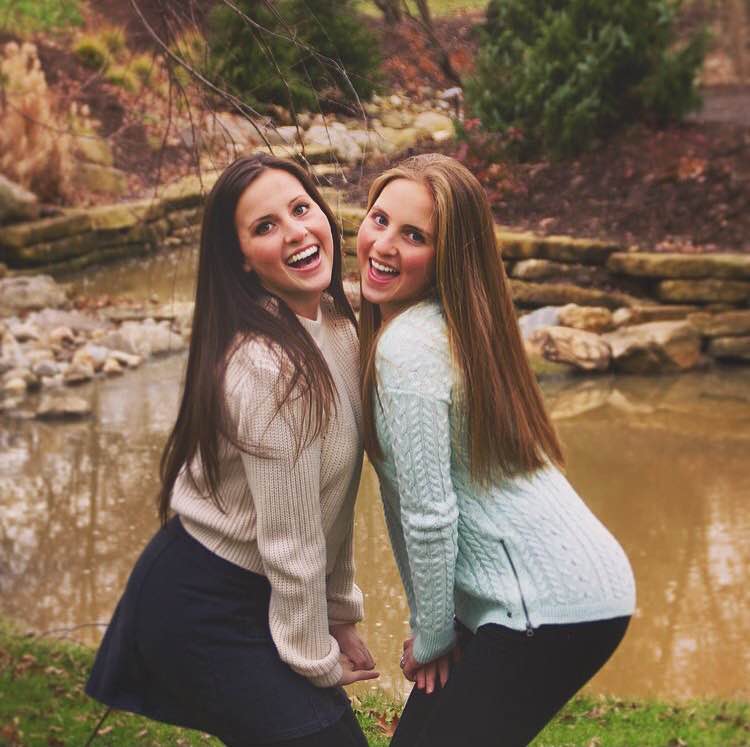 Student Spotlight
Despite being a part of one of the largest classes in VHS history, Carli Milroy still manages to show her talents as both a student and an athlete. As a sophomore this year, Carli has already had an impact on VHS athletics, and her school year is off to a great start. Aside from being an awesome student, she is always found with a smile on her face, and positivity is what she brings.

You can find most of the VHS student body on Friday nights at the football games. Carli herself enjoys going to these games with her friends to join in on supporting the Vikings. It can be fun to watch these games knowing that some of your friends are out there playing on the field and representing the Vikings. Each game, there’s a new theme for the students to join in and show their crazy outfits.

When asked what her favorite class is, she answered with Spanish. Almost all VHS students are enrolled in a language class, and this truly helps them to appreciate different cultures and to master both speaking and writing of another language. Along with that, Carli is also in Spanish club, which is the perfect way to combine your love for the language with the activities to celebrate it. Spanish club sponsors, who are also Spanish teachers at the high school, include Mr. Muffoletto, Mr. Cespedes, Mrs. Sparks, and others. These teachers, along with Spanish Club Officers, arrange and organize various events throughout the years that Spanish Club members can participate in. Over the years, the students and teachers combined have even been able to help to raise money for Housing Opportunities, a local organization that supports the homeless and works to provide homes for every person in need.

Along with being involved in supporting the football team and showing her passion for Spanish, Carli is also a key player on the varsity soccer and basketball teams. She has been playing since she was little and has always showed her talents in both of these sports. She worked tirelessly to earn her spot on these teams and her work ethic is evident. Her friends are huge supporters in this, and her family and friends are both so proud of her dedication to the sports.

When asked who her favorite teacher is, Carli said Mr. Marshall, who is a health teacher at the school. Carli also said that her dream job is to be an anesthesiologist, so she finds herself really enjoying science and math courses at the high school.

If I were to describe Carli in one word, it would definitely be cheerful. She is almost never found without a smile on her face and is always willing to help others before herself. She is such a great person to be around and everybody should take the time to get to know her!

Thanks for being both an awesome student and a talented Viking, Carli!