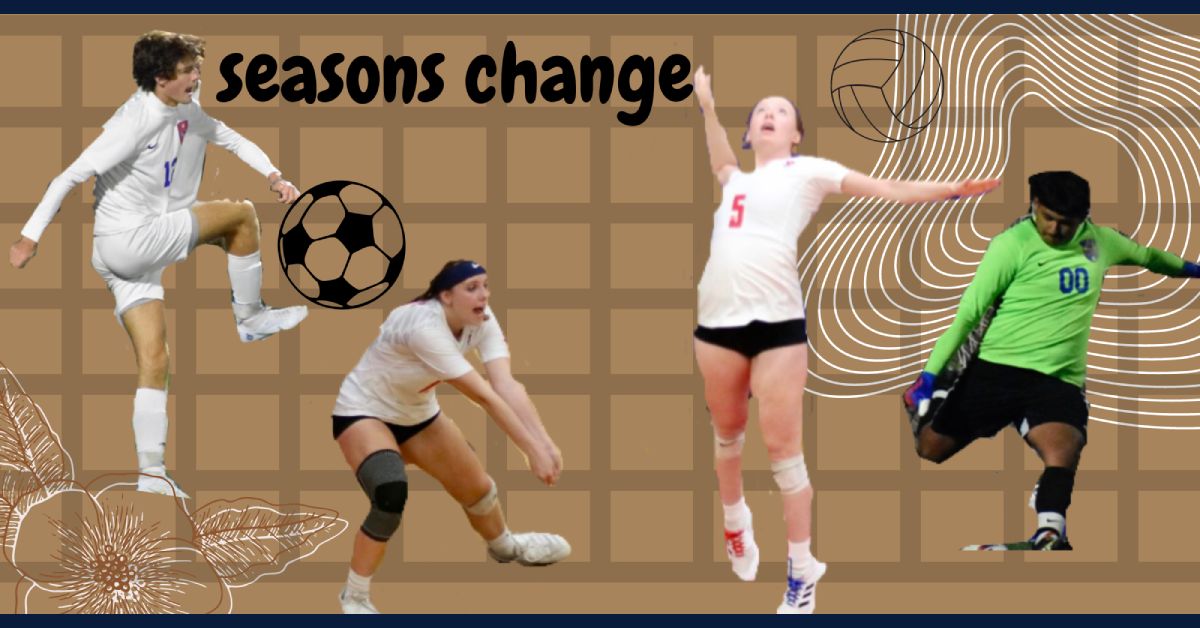 With three weeks left of the first semester of the 2022 school year, end of the year grades and finals are slowly taking over at John Adams High School.

Additionally, all of John Adams High School would like to congratulate principal James Seitz on his recognition as Principal of the Year for District Two.

As the winter season has finally come around, the Boys and Girls Basketball teams have been up and running. Through hours of conditioning and training, both teams are ready for the strong season. The boys will be competing against some tough competition in the upcoming three weeks. The Girls Basketball team has been and will continue to put up a fight in the upcoming weeks as well.

Many new and old clubs will start up and continue through the winter season both before and after break. The John Adams Ski Club will begin its excursions up to Swiss Valley Ski Resort on Fridays in January. The John Adams Girls Bowling team has begun scouting for its next top bowlers. The team will compete in numerous bowling tournaments once school resumes in January.

“Even though it was a very fulfilling year for me at Dickinson, I couldn't pass on the opportunity to work with students where I could make a larger variety of music,” Lee said.

“My mother was a piano teacher, one of my sisters played the piano, and the other played the cello. It was evident to other people who knew me well, including my school music teachers, that I was going to be a musician and lead a music-related career,” Lee said.

When younger, Lee’s mind wasn’t fully made up of music; his childhood dream was to be a rocket scientist. It wasn’t until Lee was 16 that he realized how much music meant to him and how seriously he wanted to take it.

In music, his initial career goal was to become a violinist. Lee went to the University of North Carolina School of the Arts with a major in music and a concentration in violin performance. Completing his bachelor’s in 2018, he then went on to receive his master’s from Indiana University-South Bend in 2020.

In teaching, Lee mentions that he has enjoyed every minute of working with his orchestra students. He adds that, though he does face challenges at times, they come with greater rewards and fulfillments in the end.

“Working with students and performing with professional musicians brings unique opportunities to connect with the local people, and it is very encouraging to see that there are still lots of youths who want to learn and get better at their music skills. It is very gratifying to see all those people at the concert and enjoying the music we are performing,” Lee said.

Lee’s two goals as a teacher are two-fold. For those who want to pursue music in the future, Lee hopes that he properly equips them as a musician and educator so that they can later on do the same. For those who are in music for fun, Lee wants to create an environment where they can enjoy themselves and enjoy music to the fullest. Through his two years at John Adams, Lee notes that these goals are on-going, and can never fully be finished.

“The future is yours as long as you are prepared for it, so set a goal and keep trying until you become what you wanted to be so you can enjoy life in its fullest," he said.

Senior Erika Ruiz-Yamamoto is an aspiring biochemist and an avid student around the John Adams community. Serving as an officer for the National Honor Society, president of the Spanish Club and Spanish Honor Society, secretary of the International Student Organization, and a member of Science Olympiad, she contributes to promoting diversity and cultivating interests throughout the school.

“My cultural identity and serving the community, as well as promoting diversity through service, is important to me,” Ruiz-Yamamoto said.

In addition to her vigorous work at John Adams as a partial International Baccalaureate student, Ruiz-Yamamoto is also a part of the local South Bend Youth Symphony. As a violinist, Ruiz-Yamamoto and others engage in practices at the Indiana University-South Bend rehearsal halls and regularly perform at Northside Hall, DeBartolo Performing Arts Center and Sauder Concert Hall.

“Being a part of an orchestra is truly a unique experience in that you learn to be your own leader and a member of a greater pursuit all at the same time,” she said.

As her senior year slowly approaches an end, Ruiz-Yamamoto seems to have her future career goals set in stone. She is considering majoring in either biochemistry, molecular biology, or microbiology. Going on the pre-medicine track, balancing her school work and music education is key to Ruiz-Yamamoto. In her college choices, Ruiz-Yamamoto noted she is still examining her options.

“Medicine has really been a life-long passion of mine, and I hope to pursue it as my career,” Ruiz-Yamamoto said. “I appreciate how it connects the scientific qualities of the human body and the act of improving people’s lives.”